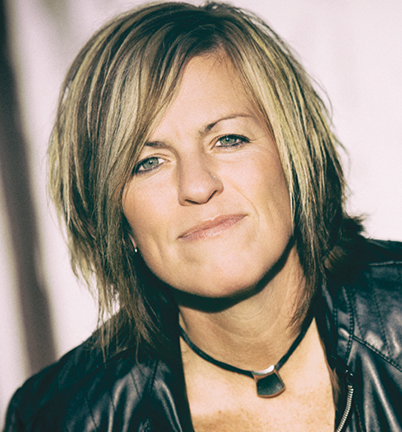 In a Friday, April 6th Women’s FEST kick-off concert, songwriter and performer Christine Havrilla and friends will present an all-women songwriter showcase. Hosted by popular performer Christine Havrilla, and featuring Jen Fergusan Smith (of Naked Blue) and Meredith Rounsley, this pre-FEST “in the round”  experience will be an up close, personal, and unique experience.

Taking place in the intimate setting at CAMP Rehoboth Community Center, the 8 p.m. event (doors open at 7 p.m.) in a “listening room” atmosphere will find the entertainers performing their music, along with banter about songs, life, inspiration, experiences, writing and more.

Tickets, $20 in advance, are available online at camprehoboth.com. If still available, tickets at the door will be $20.

A cash bar will be available as well as CDs from each of the performers.

Christine Havrilla is an award-winning Philadelphia native and now Delaware coast resident. She brings her “well-built, catchy, smart tunes” (Upstage Magazine) to audiences everywhere, touring nationally solo and also with the support of her band, Gypsy Fuzz. Main Line Today Magazine listed Christine as one the 25 Power Women ready to lead in October 2015.

She was named "One of the Top Ten Indie Artists" by The Advocate Magazine and the Washington Post writes, “(Havrilla’s) songs are intelligent and moving, the arrangements are incisive and colorful, and, best of all, Havrilla consistently comes across as a confident and seasoned performer.”

Baltimore singer/songwriter and guitarist Jennifer Ferguson Smith has enjoyed a solid career as part of the husband/wife duo Naked Blue with six full length album releases, tours throughout the U.S. and Europe and sharing stages with John Mayer, Joe Cocker, Mick Taylor, Foreigner, and Dan Folgelberg among others.

With a warm, soulful voice and easygoing stage presence, Meredith Rounsley has been captivating audiences near and far for years. The strength of her latest release, Weapon, led to a "New and Notable" feature on Noisetrade and prompted a tour schedule that has taken her up and down the east coast. Meredith’s original music has been recently featured on The Freeman Stage (host to national touring acts like Gary Clark Jr., Chicago, and Grace Potter), Delmarva Life, WBOC radio, and she has opened for regional bands at Headquarters Live.

Tickets for this Friday, April 6 concert at 8 p.m. are limited and are available at camprehoboth.com.