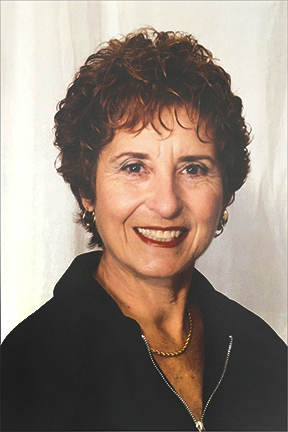 Sandy Oropel May Be Retired, But She’s Not Off the Court or Course

Do you remember the movie Multiplicity where Michael Keaton clones himself so that he can get everything done? Well, Sandra Oropel must have 20 clones out there running around because there’s no other way to explain how she could have accomplished everything she has already done in her life.

Sandy was born, raised, and lived most of her life in Chambersburg, New Jersey, the Italian section of South Trenton in Mercer County. Those of us who are fans of Author Janet Evanovich know Chambersburg as “The Burg.”

Sandy started out as a blue collar kid in The Burg, born to first generation Italian Americans. Her dad, Sam, provided endless encouragement to be the best version of yourself and truly believed that Sandy could achieve anything she wanted. If Sandy came downstairs in a bad mood, her dad would march her right back upstairs, give her a pep talk and require a do over. Everyone in the neighborhood knew and loved Sam, and he loved them all right back.

Sandy grew up in a bustling household full of family, friends, and fun. Her parents volunteered at every event her all-girls’ Catholic school threw and served on every committee; it didn’t hurt that they were able to earn points toward tuition with their volunteerism.

To this day, Sandy credits much of her success to Cathedral High School where the all-female student body didn’t have to compete with the boys for the limelight. Sandy was free to indulge in her curiosity of various sports and academic subjects. Even though she was only 5'2", she was on the starting basketball team as the shooting forward. She studied secretarial sciences and started working full time the day after her high school graduation (thanks to her dad’s friendship with the mayor) at the Mercer County Health, Recreation & Welfare Department where she was a secretary and also helped with sports activities.

It wasn’t long before a new county geriatric facility scooped her up to work in administration. She worked there for 20 years, working her way up to be the head of personnel. She also assisted with all the fun events for residents, as she dressed up for Halloween, honored birthdays and looked for any reason to throw a party.

In her “spare time,” Sandy was a pioneer and tireless advocate for women’s sports, becoming the first to coach basketball and softball at the community college and assisting all the local Catholic schools to establish girls’ teams. She also officiated basketball, field hockey, and softball, serving as observation supervisor and evaluator for high schools and colleges.

After two decades at the geriatric facility, Sandy transferred to County administration, eventually finding her way into her dream job as Director of Administration for the County Prosecutor’s Office. She loved being the liaison between the courts, county prosecutors, and law enforcement, managing all their administrative needs including making sure there were staff resources available for middle of the night dictation needs. After eleven years, she retired when the county made her “an offer she couldn’t refuse.”

So, at the age of 59, Sandy retired, and admits she was nervous. She wasn’t sure what she’d do every day.

With her new freedom, Sandy re-dedicated herself to girls’ sports and youth programming taking a part time position as an Assistant Teacher for the Mercer County Special Service School and stepping up her coaching and officiating activities. She was inducted into the ASA, USSA, NJSIAA, and CYO Halls of Fame and was honored as Woman of the Year by the Trenton Select Athletic Association.

By that time, she was already spending most weekends at the beach, coming here since 1985 when her best friend Margo Orland “discovered” Rehoboth. Margo called Sandy and said, “You gotta come down here; this is fabulous.” By 2002, she and her partner of 21 years, Linda Frese, owned a vacation home here and by 2012, they became full time residents. Linda grew up three blocks away from Sandy, but they didn’t know each other until they met in 1997 through softball friends.

Since moving to the beach, Sandy has taken center stage in the sports scene. She is the founder of the Sawgrass Women’s Pickleball Club, enjoys the CAMP Rehoboth Ladies 9-Hole Golf League, and organizes the Baywood Women’s golf league. About the only time this “Energizer Bunny” sits down is twice a week for Texas Hold ‘Em Poker, in “no money” but very competitive games.

If you see Sandy around, be sure to ask her about her Hole-In-One this winter at Escena Golf Club in Palm Springs. Sandy (or one of her many Multiplicity clones) will happily tell you the hilarious story. ▼

Jen is a former journalism student who now works as an accountant for a big organization in the tech industry. She is an occasional contributor to this magazine she loves.