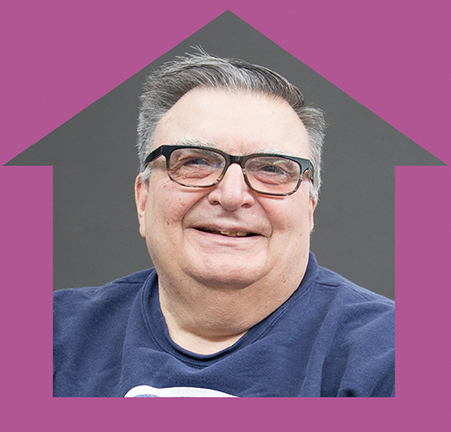 John Michael Sophos was born in Ohio. His father, after serving in World War II, attended college through the GI Bill. After graduating from college, his father re-enlisted with the Marines as a career officer, which meant John Michael was lucky enough, while growing up, to live in many places in the U.S. The family spent time in Charlottesville, Virginia; Camp Lejeune, North Carolina; Twenty-Nine Palms, California; Toledo, Ohio; Honolulu, Hawaii, with a final stop in Arlington, Virginia.

John Michael attended Palomar Junior College in San Marcos, California, and graduated from Emerson College in Boston in 1971 with a degree in Theatre Arts, and, as he tells it “with every intention of being Tennessee Williams’ rightful successor.”

Well, he worked as a newspaper journalist/photographer, retail and restaurant manager, and spent five years as kindergarten teacher before settling into a 30-year career in meeting planning for the American Chemical Society. He has been active in the Episcopal Church on the local, Diocesan, and national levels since the mid 70s, and is an avid connoisseur of classic film.

When John’s parents retired to Milford, Delaware in 1985, he began coming to the area with increasing frequency, and officially moved to Lewes at the end of 2013. Except for one 18-month experiment he recalls as a “loving relationship” in the mid-80s, John maintains that he has remained, like writer Christopher Isherwood, A Solitary Man.

Sundance, Love, Block Party, and I am currently on the Council of Elders working to protect students in Delaware.

My favorite event is Sundance, especially the auction. It represents the diverse, accepting, and generous spirit of CAMP Rehoboth, its members and supporters, and is a hell of a lot of fun to boot.

My Aunt Meme (Marge Kelsey), who was a bizarre and unique blend of Mame Dennis and Amy Semple McPherson, and one of my best friends and companions from early childhood on.

What is your best memory volunteering here?

Donating my Mom’s pirate treasure chest of vintage rhinestones to Sundance and watching it bring in over $700.

I wish that I knew that it was OK to be Gay!

If I must choose, I would say spring. However, I have an affinity to fall and winter as well. I am not much of a summer person, or a “sun god beachgoer,” so the off seasons are much more inviting and relaxing for me. I do love the beach in a good snowy nor’easter.

My LGBT hero is Louie Crew Clay, the founder of Integrity, the Episcopal organization for LGBTQ folks and their friends. Louie was, and remains, a pioneer of fostering inclusion, especially in the Episcopal Church and academia, and has been, sometimes singlehandedly and at great personal risk and sacrifice, responsible for much of the progress we have made as a church and beyond.

The LGBT community has made significant progress in the fight for equality. Did you expect to see this in your lifetime? Why or why not?

Not really. I was always optimistic, even when it seemed hopeless, but I can honestly say I was not prepared for the victories when they started happening. I came out in my mid 30s, right at the start of the AIDS epidemic. After so many years in the closet, to finally be honest with myself at the dawn of that horrific period in our history was almost as daunting and frightening as hiding from the truth had been for all those years. The 80s and 90s were hard fought and bloody years, and, having always been a political activist, I plunged ahead with newfound fervor. Despite my stubborn optimism, when the fruits of our labors began to bloom, I was taken aback by the surprising speed and support with which they blossomed. To say I was elated is an understatement. I was honestly surprised at the depth of my emotional response when, on June 26, 2015, the Supreme Court decision on marriage equality came down simultaneously, almost to the minute and hour, with the Episcopal Church affirming marriage equality at our Triennial General Convention.

Given the current political climate, are you concerned about the possible loss of rights for the LGBT community? Why or why not?

I am concerned about setbacks. However, I have enough faith in our democratic system, and in our communities to believe that any setbacks suffered will only be temporary, and that momentary attempts at rolling back the progress that has been made through our blood, sweat, and tears will be thwarted and not allowed to stand. The Genie has been unleashed and will not go back in the bottle.

What advice would you give the younger LGBT community?

Know your history. Do not take your freedoms for granted. Do not dismiss HIV/AIDS as your grandfather’s disease. Be diligent, but not fearful. Have a FANTASTIC life. In addition, always remember, we may not be where we should be, we aren’t even where we could be, but thank God, we aren’t where we were!

1997. I turned 50, and, finally, finally had my life on an even keel, and was enjoying a successful career, good friends, my extended family, and most importantly, loving myself.

Easter. It is my favorite part of the liturgical year, and its spring, which conjures up new beginnings, new birth, and the renewal of hope.

With increasing frequency since 1985. I moved here permanently in 2013.

All of the developments up and down Route 1, and of course the traffic.

Coming out at the age of 35, discovering my perfect career as a meeting planner at age 40, and flunking retirement.

Boston. I went to college there, and the city was my campus. It will always be my NeverNeverLand.

Not what, but who? My parents, Major (USMC, Retired) Michael and “Miss Dot” Sophos for their unconditional love, support, and understanding, not only of my brother, and me but also of the entire LGBTQ community before it was politically correct. They formed the first PFLAG group in Delaware when they moved to Milford in 1985 and were early supporters of CAMP Rehoboth. It was through them that I came to know and love CAMP Rehoboth.▼