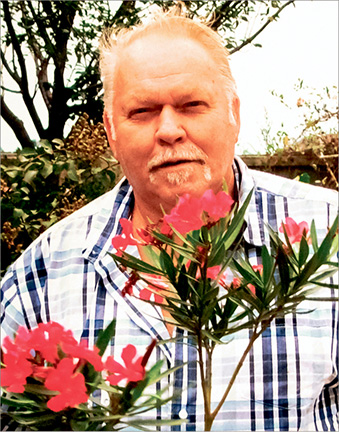 Joseph Richard Baker, 77, of Lewes, formerly of West Grove, PA, passed away after a short illness on October 6, 2018, surrounded by loving family and friends at Beebe Hospital in Lewes.

Joe was born on the Cochranville family farm on June 21, 1941 to the late Clifford Baker, Sr., and Palma Cooper Baker. He was predeceased by his two brothers, Clifford Baker, Jr. and William Baker. Joe is survived by his sister Betty Ann and her husband Charles I. Sensenig, Sr., with whom he lived, six nephews, and close friend Richard M. McReynolds of Rehoboth Beach.

Joe graduated from Octoraro High School in Chester County, Pennsylvania in 1959, then worked on the family farm until 1979 when he entered into employment at Weaver Foods in New Holland, Pennsylvania. In 1997 he moved to Lewes, enjoying living in the community.

Joe was very outgoing and enjoyed meeting people wherever he went. He also enjoyed crafts, building miniature model buildings, bird houses, and anything else that took his fancy. He also greatly enjoyed gardening.

Despite a chronic infection in his hip replacement later in life, and a badly broken leg, Joe remained a generous, true, and loving friend to all who knew him.
Funeral services were held at the Guzo & Grieco Funeral Home, 250 West State St., Kennett Square, Pennsylvania on October 15. ▼