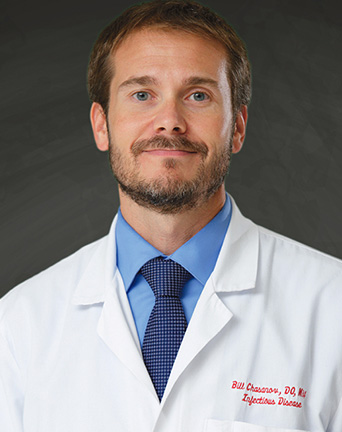 Is PrEP Right for You?
Learn about Pre-Exposure Prophylaxis for HIV

PrEP is pre-exposure prophylaxis for Human Immunodeficiency Virus (HIV), the virus responsible for Acquired Immunodeficiency Syndrome (AIDS). In the simplest form, PrEP is medication taken prior to potential or actual high-risk exposure to HIV to decrease the chance of HIV transmission.

It’s important to know that PrEP is not 100% effective. However in recent studies it has been shown to be effective up to 90% of the time, with even higher likelihood of effectiveness when used properly and in combination with other exposure prophylaxis measures. PrEP is not to be confused with PEP which is Post-Exposure Prophylaxis, meaning medication taken after a potential or known exposure to body fluids that contain HIV.

In the United States, one drug is currently FDA approved for PrEP. It’s a combination antiretroviral drug known as Truvada®. The two components are tenofovir disoproxil fumarate and emtricitabine. It’s a combination, fixed-dosage medication that is taken on a daily basis.

Some common questions include:

Who is PrEP for? Is PrEP something I should consider?

My approach with each patient is to discuss past, current, and perhaps anticipated sexual relationships moving forward. Per Centers of Disease Control and Prevention (CDC) guidelines, PrEP should be considered for people who are HIV negative and are at substantial risk for HIV infection. These at-risk individuals include:

•    Those in an ongoing sexual relationship with an HIV positive partner
•    Those not in a mutually monogamous relationship with a partner who recently tested HIV negative
•    A gay or bisexual man who has had unprotected anal sex
•    A gay or bisexual man who has been diagnosed with a sexually transmitted disease (STD) in the past six months
•    A heterosexual male or female who is having unprotected sex with partner(s) of unknown HIV status and who is at substantial risk of HIV infection
•    Those who inject illicit drugs, share needles, or have been in a drug treatment program for injection drug use in the past six months
•    Heterosexual couples in which one partner is HIV positive, the other is HIV negative, and there is a plan for conception and pregnancy

Each individual and situation is different. But if the guidelines above seem to fit a scenario you may be in, it may be worth a conversation with a PrEP-versed healthcare provider to see if PrEP may have a place in your life.

Are there side effects with PrEP?

Like all medications, there are potential side effects that need to be discussed and monitored regularly with a healthcare provider. This includes monitoring kidney function, screening for HIV infection and other STDs, and checking bone density depending on how long the medication is used.

It is important to stress again that PrEP is not 100% effective for prevention of HIV; it should still be used with other means of protection—i.e., condoms.

Looking for additional resources on PrEP?
Here are a few websites to get you started:

Centers for Disease Control and Prevention