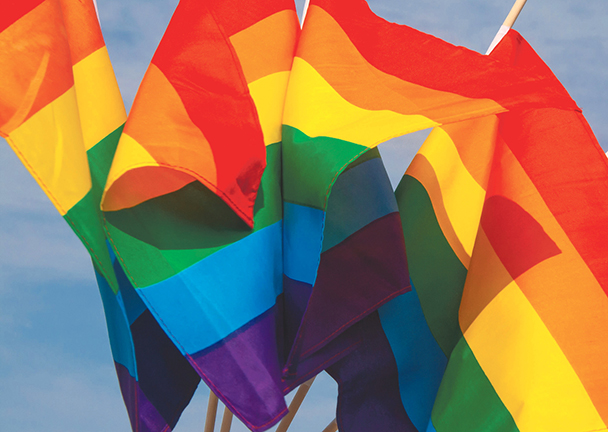 I don’t remember the exact date, but the first time I was invited to speak about CAMP Rehoboth likely occurred sometime in the summer of 1992. While I may be fuzzy on the timing of that event, the memory of it is clear as glass.

The event was an outside summer beach house cocktail party of the kind so popular back at that time in Rehoboth Beach. CAMP Rehoboth was very young and still establishing itself as a viable organization, and most people had very little understanding of what we were attempting to do. The hosts of the party invited me to help us get our message out into the community. Many in the crowd were people we were more used to partying with than getting serious about issues and donations—and at that time of day on a beautiful summer weekend, the partying was far more enticing than anything I had to say. Most at least pretended to listen for a while. I was passionate but rendered a bit useless by the situation and the cute, young boys of summer waiting nearby for another cocktail.

I don’t have a copy of that speech, but I know it was more about what we were planning to do than what we had accomplished—because we hadn’t had time to accomplish very much yet. There were skeptics to be sure.

Fast forward to February 22, 2019. The Coastal-Georgetown American Association of University Women (AAUW) invited me to speak at a luncheon. This time I had more to say than my allotted time would allow.

The following is an excerpt from that speech, and I am including it here as a part of my efforts to document the history, vision, and philosophy of CAMP Rehoboth.

Anyone familiar with CAMP Rehoboth will have heard our story. By the end of the 1980s, the LGBT population of Rehoboth Beach and its surrounding communities was on the rise. With that rising population, there was also a rise in tension with other parts of the community—and a push back was organized that culminated in a bumper sticker that read: Keep Rehoboth a Family Town.

My husband, Steve Elkins, and I began conversations about the need for CAMP Rehoboth in late 1990, and in early 1991, the organization officially got off the ground.

Throughout its history Steve—who served as Executive Director for almost all of that time—told the story of the bumper sticker—to visitors, to press, in interviews, articles, workshops, and seminars—and to anyone who would listen.

He always concluded with the line: “We want to keep Rehoboth a family town too, but families come in all sizes, shapes, and orientations.”

I used to tease him about repeating himself, but he insisted that we have to keep telling our story over and over again—and he was right!

This past August we would have celebrated our 40th anniversary together, but he passed away last March after a painful battle with lymphoma.

He would be pleased to know that CAMP Rehoboth has become a part of the permanent collection of the Rehoboth Beach museum—and that the Keep Rehoboth a Family Town Bumper Sticker is not only included in the story but they have that bumper sticker on display, as well.

From the very beginning of CAMP Rehoboth our mission has guided us forward: “CAMP Rehoboth is a 501(c)(3) nonprofit community service organization dedicated to creating a more positive environment in Rehoboth Beach and its related communities. We seek to promote cooperation and understanding among all people, as we work to build a safer and more inclusive community with room for all.”

The key words in that for us have always been: creating a more positive environment, cooperation, understanding, safe and inclusive, and room for all.

Our goal of creating positive change is bedrock to us—embedded in our name. The word CAMP in CAMP Rehoboth is an acronym for “Create A More Positive,” which is why it is always capitalized.

I believe our positive approach to making connections, confronting issues important to us, and building strong communities is the reason for our success.

Working side by side—neighbor-to-neighbor—with people in our community on issues important to us all, changed hearts and minds about what it meant to be LGBT.

Out of recent strategic planning sessions, a modern vision for CAMP Rehoboth is emerging:

“We create proud and safe communities where gender identity and sexual orientation are respected.”

Back in 1990, we used “gay and lesbian” to describe who we are. In following years, we moved to LGBT and nowadays there are a number of other letters attached to that in efforts to be more inclusive. The trouble is we can never add enough letters to that alphabet soup of a name to include everyone.

That’s what I like about “gender identity and sexual orientation.” Everyone falls somewhere along that spectrum. It’s not perfect, but it at least acknowledges that there is a spectrum—and that differences exist.

That’s also why I love the symbol of the rainbow.

I frequently write about the rainbow. This is from my CAMPmatters column in June of 2016.

No one wants to be “a missing piece.”

As human beings, each one of us wants to know that it is okay to be who we are. Without that, we cannot reach our full potential.

Cliché as it might sound, loving ourselves really does make it possible for us to love others.

At the heart of CAMP Rehoboth there has always been an effort to simply say to everyone who comes to us for whatever reason: You’re okay, and we welcome you for who you are.

I went on to share the work that CAMP Rehoboth does with the AAUW, but in the end I stayed true to Steve’s storytelling and closed with his simple reminder that “families come in all sizes, shapes, and orientations,” and the promise that CAMP Rehoboth will continue to celebrate diversity, inclusion, and room for all.▼