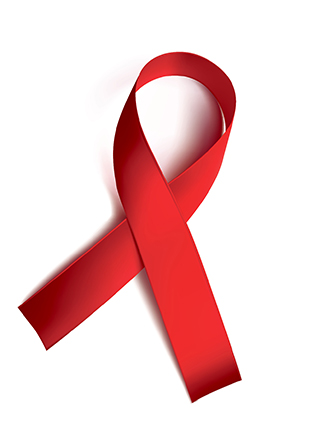 We Walk for the Future

2019’s headlines would lead one to believe that it’s been a revolutionary year for people who are passionate about AIDS and HIV prevention and care.

In July, CBS News reported that “HIV/AIDS deaths fell by one-third since 2010,” adding, “but experts say more could be done.” UNAIDS data shows that the number of people worldwide living with HIV has risen, but the number of new HIV infections have fallen, as have those dying from the illness.

This is attributed mainly to pre-exposure prophylaxis, known as PrEP, which can drastically reduce the risk of contracting the virus if one has access to it.

In February, DelawareOnline reported that “Delaware saw [the] lowest number of new HIV infections in two decades in 2018.” A reported 92 new HIV infections means 2018 is the first time the count has fallen below 100 since the state began keeping such records in 2001.

In July, researchers (from right up the road at Temple University, in fact!) revealed how a sequence of two treatments could completely remove the HIV virus in mice by editing the mice’s genomes. A specific antiretroviral therapy is followed by the removal of viral DNA using a gene editing tool. About a third of the animals were found to have no trace of the virus remaining. Treating mice with either the antiretroviral therapy or gene editing—but not both—”resulted in viral rebound in 100% of treated infected animals.”

Good news continues to come…but cutting-edge treatments aren’t typically available to the people most vulnerable to infection, nor even immediately available to those with means. Even PrEP, which is taken by 300,000 people worldwide, 130,000 of whom are in the US, isn’t universally accessible.

And simple UNAIDS numerical data doesn’t tell the whole picture. HIV can hide in a dormant state, giving a false impression that a person is not at risk for succumbing to illness. A vaccine that targets the latent virus may be on the horizon, but we aren’t there yet. And antiretroviral therapy halts, rather than kills, the virus, so risk of illness is always present.

An estimated 37.9 million people globally still live with HIV, although 23.3 million have access to some antiretroviral therapy.

The temptation when faced with good news is to Take. A. Breath.

We walk in solidarity with Delawareans living with HIV and AIDS. Still today, HIV-positive individuals are afraid to reveal their status for fear of being shunned by family and society.

We walk for an end to HIV and stigma.

We walk to end violence. (AIDS Walk Delaware 2019 falls on International Peace Day, and this year’s branding and t-shirts reflect symbols of peace and love.)

We walk for a healthy, HIV-informed community.

We walk in memoriam for those who simply wanted to live in peace and good health.

We walk to advance HIV awareness, reduce stigma, and endorse HIV-informed community health for all Delawareans. ▼

Join us. Walk to end HIV and AIDS on September 21.