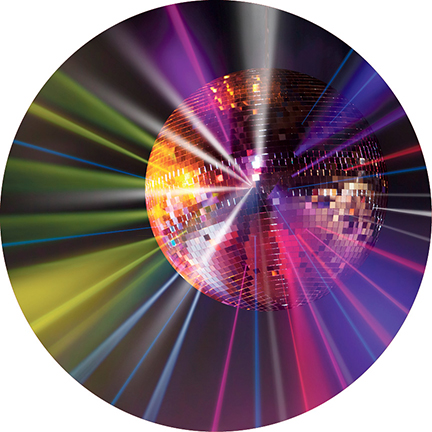 As a writer, I’m much more comfortable expressing myself through words than by throwing my hands up in the air and gyrating my hips around to the rhythm of a disco beat.

This hasn’t always been the case. At one time I enjoyed dancing. And I was good at it. So good, in fact, I even taught dance lessons. It’s true.… Quit laughing.

Back in the early 1980s, the students who put together the University Union social programs at the University of Virginia recruited yours truly to instruct the unversed in how to dance the Carolina shag, a slower, less bouncy, Southern version of the jitterbug, Lindy hop, and swing dances all of which emerged out of Harlem in the 1930s. Shagging is an eight-step dance where partners mirror each other’s movements in sync. It was born in juke joints and beach bars along the Carolina coast during the 1940s along with the rise of R&B music. Myrtle Beach was its Mecca and the place I learned to shag in dive bars like Crazy Zaks and The Pad.

My class met on a weeknight in Halsey Hall, a few steps off of Thomas Jefferson’s original academic village. The fellas came in madras shorts and white Lacoste shirts—collars popped up—and loafers with no socks. The girls were dolled up in their Lilly Pulitzer skirts, bubble gum pink Lacoste shirts, and gold add-a-bead necklaces. Of course there was beer, lots of it. The University Union provided a keg for each class.

Just writing this makes me chuckle because it does sound rather comical, doesn’t it? You have to remember, though, this was the era of the Preppy Handbook and the movie Animal House, both of which helped trigger a resurgence of interest in preppy fashion and culture. Shagging was the rage among fraternity boys and sorority girls throughout Virginia, the Carolinas, and Georgia.

Shagging for me was a way to mask my same sex desire. This might sound counterintuitive, but it was much easier to twirl a girl than date one. There was way less temptation on the Theta Chi dance floor than in a dorm room shot gunning a joint with a boy I had a crush on.

Ironically, all that changed for me after I moved to Washington, DC, and came out of the closet. Dancing became a way to get close to boys. Oh, the late nights on the dance floor at Badlands and the Lost and Found gay bars, under the lights and fake smoke. Some of you were there on the dance floor, I know, inebriated and sweaty and grinding to the songs of Madonna, Rick Astley, and the Pet Shop Boys in some sort of group lust for vodka and sex. It was a renegade and magical world and I couldn’t get enough.

So when and why did I stop dancing? Lord knows it wasn’t out of embarrassment.

I suppose at some point in the 90s it just lost its appeal. You know; been there, done that. Going out dancing late at night was great when my job was perfunctory, and I could go into the office reeking of booze and too hung over to think because nobody gave a damn. Once my work required focus and accountability and I had to manage and mentor others, it brought a fast stop to those sloppy boozy disco nights.

If I remember correctly, the 90s was when the gourmet kitchen and cooking movement kicked off. Dinner parties were the rage and Martha Stewart had replaced Madonna in the hearts of many homo hearts. Instead of going out dancing after work, I was staying in to make dinner, sip white wine, and engage in witty repartee.

Nowadays, the prospect of me going out dancing seems about as likely as me hand-making squid ink pasta. Why would I go through all that when I can order in and then curl up with a book and a sleeping pill? That said, the other day I found an old white Lacoste shirt shoved in the back of a chest of drawers. I tried it on and I couldn’t help but pop the collar. I got to say, it looked pretty good....▼