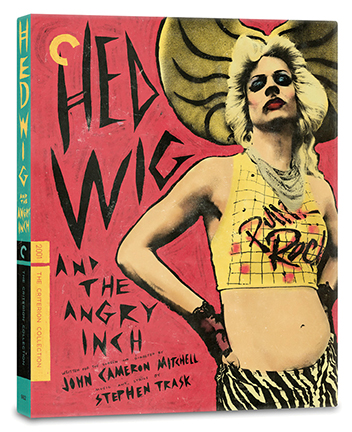 Imagine: Three Men and a Baby actor Steve Guttenberg on roller skates, and that’s just the beginning of Can’t Stop the Music, the 1980 quasi-autobiographical film about the Village People.

The film, recently re-issued on Blu-ray, is a gay wonderland from another time, another place, another gay galaxy: when guys used to rock crop tops (oh wait…); when full-frontal male nudity could apparently be seen in a PG-rated film (for some swinging softies, watch those guys in the locker room during the extravagantly gay “YMCA” number); when Caitlyn Jenner, playing a Daisy Dukes-clad lawyer named Ron White, was an actor.

It’s the movie Olivia Newton-John turned down. The one Cher passed on too. They were wise to do so, of course; it certainly wouldn’t have done their careers any favors.

It’s a bad movie that became a cult film because it’s a joke, but you wish that everyone involved in this crazy disco musical knew that it was too. Except its schlock isn’t quite schlocky enough; its kitsch isn’t quite kitschy enough. But I’ll tell you this much: You don’t watch it for the drawn-out dialogue scenes. You watch Shout! Factory’s Blu-ray remaster of Can’t Stop the Music for its commitment in trying to be the gayest thing ever committed to celluloid, producing musical numbers that entail a Folsom daddy singing “Oh Danny Boy” on a piano and, during what you might call a very avant-garde interpretation of “YMCA,” men in thongs, in wrestling singlets, in jocks, in nothing. Plus, massages and ping-pong! The gym of your dreams!

Among the new extras are an audio commentary with comedy writer Bruce Vilanch and Jeffrey Schwarz, who produced and directed The Fabulous Allan Carr, a documentary about the producer-writer of Can’t Stop the Music.

Hedwig and the Angry Inch

Nearly 20 years after its initial theatrical release in 2001, Hedwig and the Angry Inch looks ageless thanks to Criterion’s vibrant restoration of John Cameron Mitchell’s queer takedown of cultural homogenization.

Mitchell wrote, directed, and starred in the cult musical dramedy, portraying the lead, Hedwig Robinson, a punk-rocker and a self-proclaimed “girly-boy” who undergoes a forced sex-change, leaving him to grapple with his identity.

A personal statement for its genderqueer protagonist (Cameron recently said the character is not transgender given his involuntary surgical procedure), Hedwig and the Angry Inch is timeless even beyond its flawless 4K revamp—the enduring cult film’s themes of self-discovery and self-invention still resonant today, in part explaining its recent success on Broadway.

Composer-lyricist Stephen Trask breaks down the details of producing the soundtrack, one of several new supplements in this Blu-Ray package. Additionally, cast and crew sit down for a reunion discussion about the making of the film, and over 50 pages of illustrations, Hedwig portraits, an essay, and more are featured in the book insert. Holdovers from its DVD release include a 2003 documentary about the film’s development.

When we meet Gloria Bell, she’s rocking side to side, half committed to Donna Summer’s cover of “Never Could Say Goodbye,” which booms overheard in a nightclub she frequents. She’s sipping a martini, but that’s not why she eventually cuts loose: Music frees her, or as much as it can free a 50-something divorcee on a quest to reclaim lost joy.

Outside the club, Gloria’s life is even lonelier, full of the drab realities of motherhood, of being female, of being…human. At the club one night, she meets Arnold (John Turturro); things evolve, get sweet, get complicated (he’s an NRA supporter). She keeps dancing.

Originally a 2013 Chilean-Spanish film called Gloria, the film’s writer-director, Chile's Sebastián Lelio (known for his queer works A Fantastic Woman and Disobedience), reshot the film in English for American audiences.

Little has changed: Gloria is still the best version of herself when she lets Donna Summer lead her to the pulsating lights. “When the world blows up, I hope I go down dancing,” she giddily says, followed by a glass clink so you never forget it.

It’s hard to think you could, not with Julianne Moore, divine as ever as Gloria, delivering the line with a spontaneous burst of impulsiveness; all of her lived-in moments radiate with a natural ease that is quietly devastating, but never hopeless. Throughout, Moore captivates as she carries Lelio’s character study of a woman unseen through to the woozy reverie of its final frames. Find this now online or Blu-Ray. ▼

As editor of Q Syndicate, the international LGBT wire service, Chris Azzopardi has interviewed a multitude of superstars, including Cher, Meryl Streep, Mariah Carey and Beyoncé. Reach him at chris@pridesource.com.