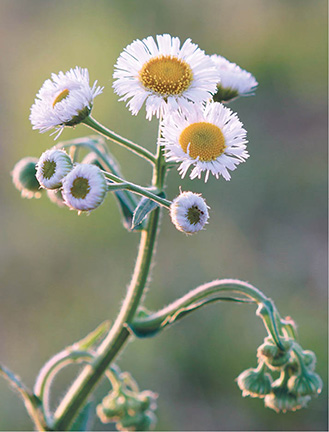 Did I hear a ‘Woof’ in the Garden?

I laugh at myself sometimes when I have an a-ha moment, and wish I had more knowledge in certain areas.

For instance, I was dwelling on a piece for this issue during the dog days of summer and doing some research on the history of that phrase. As it turns out, the dog days run from July 12th to August 20th, and are associated with the star, Sirius. It’s also referred to as the Dog Star and it follows Orion in the night sky.

Then it hit me, Sirius Black in the Harry Potter saga was able to transform into a dog…duh. What else eludes me? Surely, a lot (and don’t call me Shirley). A gold star goes to those who recognize that reference.

With us being in the dog days of summer now, I decided to get to know some other dog related items, especially in the garden.

The dogwoods come to mind instantly. The flowering dogwood was the quintessential front yard tree in the late 1900s. Its graceful form and statuesque appearance is beautiful even in the wintertime, devoid of its leaves. A native to our region, it can flower either white or pink. Its alligator skin-like bark is easy to identify.

There are a few different origin stories on how the dogwood got its name. One is based on its very hard, close-grained wood. In Celtic times, small pointed tools were made from the wood and they were called dagge or dagwood (something like a dagger comes to mind). Another version claims that the bark could be used as a treatment for mange on dogs.

In any case, the dogwoods make great landscape additions, and provide beauty year-round. Make sure to give them some room so that air circulates well around them and place them in a spot with a little afternoon shade.

Next on the list is wolfsbane, also known as monkshood for the shape of one of the petals seemingly like a hood on a monk’s cloak. It is also called the queen of poisons, so that tells a lot right there.

It’s botanical name, Aconitum lycotonum, comes from Greek meaning dart (aconitum) and literally wolf’s bane (lycotonum). It is believed they used to kill wolves with a poison-tipped dart dipped in a tincture made from the plant’s roots.

The flowers come in a variety of colors with petals standing on tall stems with one of them appearing as the helmet shape or monk’s hood. The leaves of wolfsbane are whorled around the stem and are shaped like your palm, and each segment is also lobed into three toothed-edged sections. Pollinated by numerous moths and long-tongued bumble bees, they thrive in well-drained but moist soils.

Just beware that every part of wolfsbane is toxic, but the roots are the most poisonous. Care should be taken if these are growing nearby or even in your garden. Curious children and pets should stay clear of them.

Another plant that brings our furry friends to mind is fleabane. Included in the aster family, Erigeron annuus, Eastern daisy fleabane is a native to our region and mostly considered a weed. Its name was derived from the belief that the dried flowers would expel fleas from the home—it doesn’t.

Fleabane looks like miniature daisies with a white or sometimes pinkish flower surrounding a bright yellow center. The flowers form as large clusters on one plant in spring. Easily taking hold in dry, poor soils, they can be seen along roadsides, old fields, and disrupted areas in full sun. They are true annuals so they grow the following year from previously dropped seed.

The leaves are edible, but due to being slightly furry they are not a good texture to eat raw. Cook them with other greens. Fleabane also has medicinal uses such as being a diuretic and aiding in digestion.

One more plant to discuss before we call it a day, is the dog rose. This thorny shrub is native to Europe and Asia, and would be considered invasive in other parts of the world given the right conditions.

Coincidentally, the dog rose was planted in many Victory Gardens (see my July 12 article) because the fruit or “hips” are high in vitamin C and can be made into tea, syrup, and jam. The dog rose or Rosa canina, was used to treat the bite of rabid dogs in the 18th century. This may have been the origin of the name, but this is speculation.

I always like learning about the origin of our plants, the evolution of the garden, and the history of us. Come find me in the garden and let’s have a chat. ▼