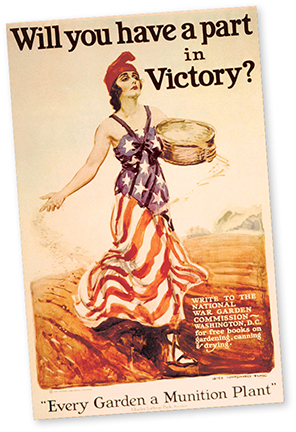 From Garden to Table

Trending right now, in every hip part of the country (do they say hip anymore?), you’ll probably hear about Farm to Table events where local produce is highlighted and celebrated as part of the dining experience.

Truth be told, I took part in one recently on a working farm, where I assisted a chef friend of mine in catering the event. We prepped, cooked, and plated locally sourced food right in the field and served it to eagerly awaiting guests.  It was the third time I’ve helped him for this annual Summer Solstice event, and it’s simply amazing.

If we look back at our own evolution and how we shared food with one another, I guess we would have to start with our ancestors who subsisted off the land as hunters and gatherers. We were beholden to what Mother Nature had to offer and that was enough. Once we started forming communities, things got trickier. Much more food was needed to sustain the growing population. The answer to that conundrum was agriculture, or the act of growing and harvesting our own food.

This projected us into a new standard of living and gave us the tools to exponentially increase our populations year after year. Agriculture could be argued to be a key in our survival and a way to evade an early extinction as a species. Agriculture on a mass scale has prospered ever since and within every populated region of the planet. However, there have been times where smaller, productive gardens have been almost as important.

For example, the monastic gardens of the middle ages gave us insight on plants that provided medicinal as well as tasty benefits. The gardens were known for being inward-looking and meditative in character, but were filled with fragrance, color, and a productive plant palette. They were based on early Persian gardens that always included water as it was life-giving, and where the pathways symbolized the major rivers of their area. For the Persians, this was a reflection of paradise on earth.

Moving forward, families who could afford them had kitchen gardens outside the home, which were loosely based on the monastic and Persian gardens. Divided into quadrants with pathways in between for access, kitchen gardens focused on herbs, available vegetables of that time, and maybe some fruiting shrubs or trees that could have their fruit be preserved for later use.

In the early 19th century, larger and larger farms produced more and more food for the masses. Kitchen gardens began to decline and began to take on a more decorative nature; they could also be viewed as a status symbol for the upper classes.

After the war, what I call “the age of convenience” began. Food became industrialized, and everything imaginable was at the consumer’s fingertips, either in a bottle, in a can, or in a prepackaged box. TV dinner anyone? I have a TV tray we can use as we watch Wonder Woman or The A-Team.

Now in the 21st century, a more health-conscious movement has been taking root. We have begun to realize that many of the innovative methods that increased food production might not be as good for us as we were led to believe. Organic and “natural” foods are “in,” and sustainability enters the food lexicon.

Community gardens and urban rooftop gardens can be found from suburban open spaces to downtown city cores. Growing your own food and documenting it to the social media crowds is all the rage. I wonder if the more “likes” one gets, the more productive the garden will be?

In any case, I’m glad the home-farmer is trending. Gardening and the act of growing your own food is beneficial in more ways than you can count, and we are just beginning to realize the benefits to our psychological health. I recently attended a seminar entitled “Your Brain on Green,” and was absolutely stunned at the benefits of just viewing green, open spaces.

As I like to say, growing your own food allows us to share in the garden’s abundance. Whether it’s sharing it with your community food pantry, at a local farmers market, or with friends and family in a Garden to Table dinner experience, I say it’s high time we start gardening together. ▼