It was with a heavy heart that the solemn news from the United Methodist Church conference in St. Louis arrived just as we went into deadline for this issue. I had avoided thinking that the outcome could be anything but positive and progressive.

For me, personally, that the United Methodist Church had voted to further reinforce the divisive bans on same-sex marriage and ordination of LGBTQ clergy could not have felt more like a personal blow. Grief hit me all over again. Epworth has been my spiritual home for more years than I can count, and both Steve and I found friends who welcomed us, a community that shared our values, and like-minded spirits with similar beliefs. How could it not be clear to any rational person that we all deserve the right to join in worship, no matter our sexual orientation?

For CAMP Rehoboth, it is a reminder that our vigilance cannot waver, that the fight is still real, that our continued struggle for inclusivity cannot stop.

While I have no plans to leave the church I love, my brother John expressed his disappointment in no uncertain terms. Thanks to him and AL.com for allowing us to reprint his column here. It made me weep. ▼

Methodists: Don’t Let the Door Hit You on My Way Out 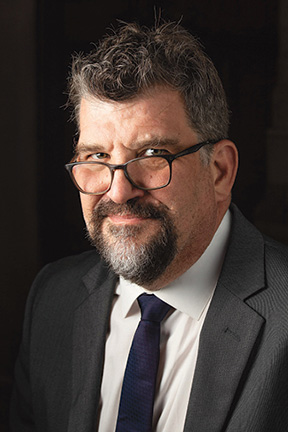 My dad was a Methodist preacher. Like his dad and his dad before him.

It was, I suppose, the family business.

All his life Dad told me to trust the goodness of the church. If I found myself in trouble anywhere in the world, he said, go find the local Methodist church and tell the pastor my story. Trust the church, he said. No matter how or why or what situation I found myself in, I would find compassion in the United Methodist Church.

That was even before they put it right there on the label: “Open Hearts. Open Minds. Open Doors.”

I’m sure Dad told my brothers and sister the same thing, because he believed it down in his bones. The church was a place to bring people together, and to God. Not to drive them way. There are too many other places that will do that.

I’m sure he said the same thing to my oldest brother, Murray, who is gay. Open hearts. Open minds. And Murray came to believe it, down in his bones, too. He bought in completely, so he and his lifetime partner became active—instrumental in their Delaware church and in the Rehoboth Beach community. When my brother-in-law Steve Elkins died last year Epworth United Methodist was so packed with people and with love it took my breath away.

Gay people, straight people, it didn’t matter. Delaware’s top politicians came, or sent word, or signed proclamations. The city named a street after Steve, because he and Murray worked for decades in their community and their church and their state. To open minds. And hearts. And doors.

The Methodist church is as much a part of my family’s lineage as a blood relative. It’s in my DNA and the foundation of all I have come to believe. It has, over the course of my lifetime, been the consistent voice of my better angels.

When the United Methodist Church slammed shut its door. And its heart. And its mind.

The United Methodist Church after contentious debate doubled down on a decades-old ban on same-sex marriage and gay and lesbian preachers, reinforcing its position that “the practice of homosexuality is incompatible with Christian teaching.”

But it went even farther this time.

The vote by delegates from across the U.S. and the world now requires United Methodists to “certify adherence” to the position. Those churches that refuse will be stripped of the United Methodist name, barred from using the logo and asked to leave.

It also sets up a procedure to punish and remove clergy who participate in same-sex weddings. First-time offenders—though they are not the offensive ones—face an unpaid, year-long suspension. A second strike and they are out. Just like that.

I admit it. I mourn. For all of those people who thought they found love and grace and a closeness to God amid the hymns of Charles Wesley and promises of understanding. For my brother who grieves not only for Steve but for the church that meant so much to them both and helped them help a community.

For my father, who always wanted to believe the best about his church. For friends and church members who mourn for all the same reasons.

Mostly I mourn because I see the truth. The church I loved has shut its heart from those who need love and closed its minds to those who need understanding.

I won’t wait for it to shut its doors. Thank you, I’ll let myself out.

John Archibald, a Pulitzer Prize winner, is a columnist for Reckon by AL.com. His column appears in The Birmingham News, the Huntsville Times, the Mobile Register and AL.com. Write him at jarchibald@al.com.