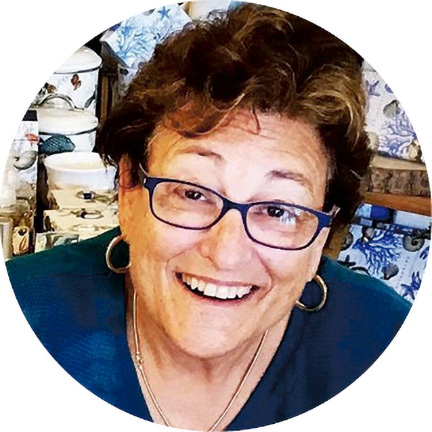 Is your email inbox flooded with as much unwanted crap as mine?

I had to schedule an entire afternoon this week to unclog it. The very word unsubscribe now gives me the yips. And how did I get on these lists in the first place?

TeaParty.com? I saw it and wanted to drop my phone in Boston Harbor. I hit unsubscribe and it told me it may take a short time to go into effect. November 2020? Egad, I hope not.

Then there was ScaliseforCongress. Seriously? That dude who had his life saved on the softball diamond by a brave lesbian police officer and he still votes anti-LGBTQ? I unsubscribed and it said “sorry to see you go.” Not as sorry as I was to see him recover having learned nothing.

I opted out of mail from the Center for Genetics and Society and it gave me the option of checking “Oops, I made a mistake, re-subscribe me.” Um, no mistake. I really don’t want to read about test tube and designer babies.

Then there was the Puppies and Dog Lovers Group, offering to save homeless animals and give the first 10 subscribers an iPhoneX. Puleeze. I know clickbait when I see it. But these creeps had the indecency to say “If you really hate puppies UNSUBSCRIBE here. Auuugggghhhh….

Wow. I hadn’t seen this much spam since I collected canned goods to prepare for that phony Y2K scare at the turn of the millennium.

As for Schnauzer.com, trying to sell me Schnauzer pajamas, sneakers, sheets, and earrings, I’m crying “Uncle!” Yes, they know a sucker for Schnauzers when they see one, since I have already made a ridiculous purchase or two. But even I, resident at Schnauzer Haven, have enough Schnauzer t-shirts and hats. Scram!

And how do I stop daily emails from Evensi, inviting me to a tattoo parlor owner’s birthday bash in Georgetown or the 10th Annual Taste of the Suburbs? What could that even be? Cheez Whiz canapes? Before Elvis left the building the site asked me if I was sure I wanted to give up hearing about 100 million events worldwide. Yes, yes I do. My private jet is in the shop.

It’s true, I did order a wad of business cards and a roll of stickers saying “Signed by the Author” from an online promotional company. Meanwhile, at the pace I sell books, the roll of stickers won’t be depleted until 2037. But I get an email from the company six days a week. Hitting the ubiquitous unsubscribe got me a multiple choice: reduce special offers and big savings to once a week, hear about enormous discounts once a month, or unsubscribe completely and miss out. No FOMO—fear of missing out—here. Bye, Felicia.

I ask you, why would Samsonite try to sell me luggage once a week? It’s a once a decade, if that, purchase. Ta-Ta. But they wanted feedback about why I was unsubscribing. In the multiple choices there was no option for “because I am not Lady Gaga.”

After three hours, I clicked unsubscribe on a site and was so grateful when it simply reported “You have been removed from the list,” I wanted to re-up just to thank them.

And of course, there are the sites I appreciate but wear me out with daily pleas for donations. Yes, I back Protect Democracy, Joe Biden, and every other Democrat running for president, many other individual politicians, and a host of worthy causes. But enough already with the monsoon of Donate Now emails. Go away. Or I won’t be able to afford wifi and none of your pleas will reach me.

As my frantic quest to clean out my inbox entered hour four and the clock ticked toward happy hour, I finally found a site encouraging me to express myself. “Tell us why you are unsubscribing from the Legislative Majority PAC.”

I explained that I am inundated with email and though I support their cause, they should please forgive me for ditching their weekly missive. Instead of scrolling through pleas for cash I will spend my time and money for the next 18 months standing on my head to support whichever candidate gets the nod to unseat our current president, and doing my best to survive until November 2020.

That also means I’ll be too busy to buy luggage, promotional stickers, or Schnauzer-decorated socks. Although the socks tempt me.

I really wish I had the option of opting out of the deluge of unwanted email by forwarding every single subscription to Rep. Steve Scalise. ▼

Fay Jacobs is an author of five published memoirs. Her newest is Fried & Convicted: Rehoboth Beach Uncorked. As a humorist, she’s touring with her show Aging Gracelessly: 50 Shades of Fay. Visit her online.