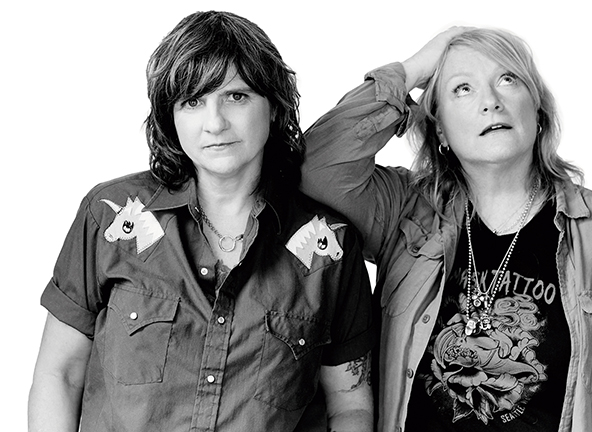 By now the news is out: Indigo Girls is coming to the Rehoboth Beach Convention Center on May 2 to help CAMP Rehoboth celebrate the 20th Anniversary of Women’s FEST. This is a much more intimate venue than usual for the rock duo and FEST Pass tickets will be in huge demand.

Also celebrating the 20th anniversary will be a Thursday night, April 30, concert by country singer and LGBTQ advocate Chely Wright, and a Friday, May 1, night of comedy from Funny Girlz—the hilarious trio of Lisa Koch, Vickie Shaw, and Roxanna Ward.

Look for the announcement on the Women’s FEST Facebook page, in emails from CAMP Rehoboth, and in the FEST brochure that will go out early in the year.▼

*The FEST moved to later dates for (hopefully!) warmer weather.

Think Spring with a Trip to the Philly Flower Show

CAMP Rehoboth is offering a bus trip to the Philadelphia Flower Show on Tuesday, March 3. Tickets are already on sale and going fast.

This year’s theme is Riviera Holiday, inspired by exotic Mediterranean gardens. The trip includes a day to enjoy the gardens, tour the city of Philly, or have lunch at the nearby Reading Terminal Market. The bus departs CAMP Rehoboth at 7:30 a.m., and departs Philadelphia at 3 p.m. Tickets are $65 each and include round-trip bus fare plus driver tip, and one ticket to the flower show. Tickets available at camprehoboth.com. ▼

The Aqua Grill, a New Beginning

While this isn’t technically CAMPNews, it’s big news on Baltimore Avenue. Besides, Aqua Grill is famous for all the CAMP Rehoboth fundraising events it has generously hosted over the years.

It was announced on October 22 that The Pines partners Bob Suppies and Tyler Townsend, along with Kevin McDuffie, purchased the popular gathering spot from long-time owner Bill Shields.

Suppies promises some “updates to the building inside and out as permit and code allow and some menu changes. But it will remain unchanged from the standards Bill Shields has set. He changed the game in Rehoboth when he opened Aqua Grill and we will continue that same tradition.”

CAMP Rehoboth President Chris Beagle says, “Since opening its doors in 2006, Bill Shields has been a true community advocate in his approach to growing Aqua into the thriving business it became on Baltimore Avenue.”

He adds, “From the moment I first approached him about Aqua hosting the CAMP Rehoboth Bachelor Auction in 2010, he and the staff opened their arms to help make the fundraiser one of our annual summer signature events. Doing so enabled CAMP Rehoboth to raise over $125,000 in that span of time. A grateful CAMP Rehoboth family thanks you, Bill, and all who contributed to Aqua becoming a part of the fabric that is Rehoboth Beach. CAMP Rehoboth extends best wishes to the new owners and we look forward to seeing the tradition continue!”

Located directly across the street from The Pines, Aqua will now be a part of The Pines family and the tradition of a bustling outdoor spot for great warm weather gatherings will continue.

Aqua’s outdoor cocktail space has always been joined by a covered outdoor dining area to its indoor dance floor/seating area. Casual dining has been the theme at Aqua over the years and that is set to continue under the auspices of Pines chef Dane Wilfong. ▼