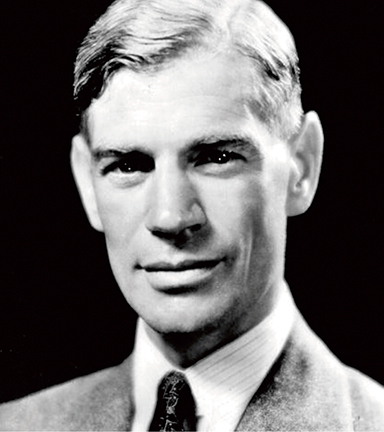 Hollywood: that irresistible place which knows our deepest dreams, and keeps giving us delicious new ones to feed our personal fantasies. Hollywood knows our nightmares, too. From its earliest silent chillers right up to the techno-frights of today, Hollywood has tapped into our need for monsters, the fears they unleash, the power they represent.

So what better time than the Halloween season to have a look at one of Hollywood’s classiest monster makers, James Whale.

Born in Worcestershire, England in 1889, an odd turn of events brought Whale into show business. As a second lieutenant in the Flanders trenches during World War One, Whale was captured by the Germans and sent to Holzminden POW camp, a facility for captured officers.

Among the privileges accorded their rank were theatricals created by the soldiers themselves. In the July 1919 issue of Wide World Magazine, Whale described his participation in these productions as actor, set designer, stage manager, and director, as a “source of great pleasure and amusement.”

After the war and a successful stint in the London theater, particularly notable for his acclaimed direction of R.C. Sherriff’s play Journey's End, and another triumph for his direction of the same play on Broadway, Hollywood knocked on Whale’s door. The year was 1929, and the impact of the first talkie, The Jazz Singer, sent Hollywood scampering for directors with experience working with actors who actually knew how to enunciate words.

Whale’s first assignment was as a dialogue director at Paramount. The assignment was brief, and the studio didn’t renew his contract. All was not lost, though. It was then that Whale met his lifelong companion, David Lewis, who would become a prominent producer in the 1930s and 40s.

According to David J. Skal’s The Monster Show: A Cultural History of Horror, Laemmle rewarded Whale by offering him his choice to direct anything Universal had in its file of studio-owned stories. Whale chose Mary Shelley’s classic horror novel, Frankenstein. The rest, as they say, is history.

Much has been written about Frankenstein and Whale’s 1935 sequel, Bride of Frankenstein. The general cinema press has been singing the praises of the two films from the moment the first frames rolled through the projectors. Arguments have ensued over which is the truer masterpiece.

Permeating these praises and debates has been the question of just how much Whale’s homosexuality influenced the narrative of each film. Gay and lesbian life in Hollywood during Whale’s era was a hidden existence, lest the moviegoing public get wind that their favorite idols were engaged in a societal taboo. Complicating these discussions is the fact that Whale didn’t hide his homosexuality in his private life. He lived openly. Did this openness find its way into his films?

Certain scenes in the films still invite vigorous debate, particularly regarding the relationship between the monster and the blind violinist in the original Frankenstein film. One school of thought considers the monster’s living arrangement with the violinist as a kind of marriage. It satisfied their mutual need for companionship but is destroyed by the unforgiving world represented by the characters of hunters passing by.

Since Whale and David Lewis were living together at the time, there are conflicting opinions that Whale’s handling of this scene may reflect his pride in his domestic life or his fears for the safety of it.

And then there’s the whole business in Bride of Frankenstein where the monster’s bride rejects him out of fear, an insult suffered by generations of LGBTQ people. These debates go on and on about this and other scenes in both films. Fascinating as these debates are among the cine-queer cognoscenti, I wonder if any of that really matters.

Whale made other films, notably the well-received first film version of the musical Show Boat, but his insistence on living an open life is what separated him—some would say elevated him—from the rest of Hollywood. His daring has been considered a leading cause of the decline of his career. He posed a threat to Hollywood’s closeted lives.

In his heyday, James Whale lived a life of creativity, honesty, and joy. He left us two horror film masterpieces to savor and argue about with our popcorn. Now, isn’t that just the perfect queer Halloween party? ▼