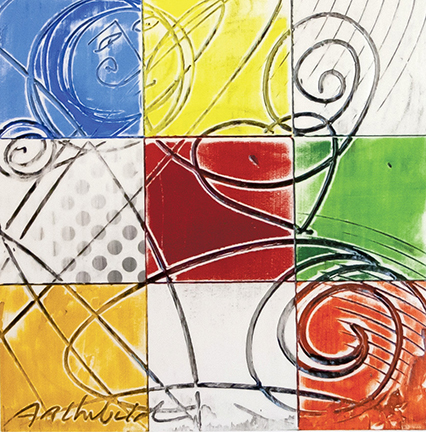 Saving Grace of the Imagination

Thirty-two years ago, a revelatory experience changed my life. Out of that singular moment, my world view and my understanding of my role in it was hit by a powerful seismic shift, out of which CAMP Rehoboth was eventually conceived. It was a time of transition for Steve and me, and our lives would never be the same.

In the months following that experience, I wrote poetry in an attempt to find some means of expressing the depth of my feelings. I love that body of work because it stands as a personal guidebook for me, and a reminder of lessons learned along the arc of my life. I have no idea what others might think of those poems. Some might even be good. Others are not—but I don’t care. All of them are part of my story.

I have published a few of them over the years. I plan to incorporate others into some writing I’m hoping to do as I let go of some of the CAMP Rehoboth tasks still occupying my days.

Right now I’m thinking about the power of the human imagination, and the first lines of this piece come to mind.

The imagination employs a full range of emotional colors as the tools of creativity. We tend to think of creativity as something we do when we make art or design or build something, but our imaginations shape and change us in minute ways every day of our lives.

Think about it. Nothing is more fearful or anxiety-causing than the stories we create in our head about what could happen in any given situation.

There is no question that periods of transition can cause anxiety and worry. In recent months, as I began to move CAMP Rehoboth and myself through the current leadership change, I knew that my mind was creating endless possibilities for what could happen—some positive, some not so much. A certain amount of imaginative analysis is beneficial to the process. Too much can be destructive.

So I began to focus my creative energy on a story taking shape in my head. Delving into plotlines, characters, and themes left no time for idle worry and anxiety about matters over which I have no control anyway.

And so…
I walk a tightrope that never ends.…

That poem continues with more fanciful circus themed stanzas, but what it is about is balancing the imagination with the reality of the world around us. Reading it all these years later, I understand that it is not about me, but the way we as a people harness the imagination in order to save the world from humanity’s destructive tendencies.

Destruction, as much as we might not like to admit it, is a crucial part of the creative process. In the moment of creation, what was, is no more—the past becomes the building blocks for the future.

Never in my life has the national anxiety level been so high. There is a dark unease that penetrates to the deepest levels of the soul. Our country is in a destructive phase. The people are deeply divided. The government stymied by political polarization. We are drowning in a sea of disposable plastic. Climate change is threating the livability of our planet.

And the press and the people are so distracted by a sharpie in Alabama that we fail to talk about the atrocities taking place at the border—or to find solutions to the gun violence in our country.

Perhaps, my friends, now is the time to stop complaining, to stop being distracted by whatever the current outrage of the day happens to be, and to start using the incredible human imagination to save the world from ourselves.

Immediately after Sundance, I fled to Provincetown for a few days of rest. After a long day of revisiting all of my favorite P-town galleries, I returned to my room to rest a bit before dinner. On TV, Independence Day was playing. Though I’ve seen it many times, I settled down to watch it again. In the film, the aliens threating Earth go from planet to planet destroying the inhabitants and using up all of each planet’s resources.

We are the aliens. We are the ones destroying the world. We also have the power to save it.

That story taking shape in my head has nothing to do with my leadership transition at CAMP Rehoboth, but the conscious process of using my imagination for something else has opened my mind to unexpected solutions in everything that I’m doing.

The past year and a half, my life has been an earthquake of change. The foundational bedrock of life as I knew it was altered by Steve’s illness and death. In the months that followed, both our mothers passed away. For all of that time my attention was focused on the continuity and stabilization of CAMP Rehoboth.

A little over 30 years ago, CAMP Rehoboth was conceived in my imagination. I still remember that day. I was sitting at my drawing table in NYC, happily painting, drawing, writing, playing with words, doodling, and generally letting my imagination run wild. Suddenly it was there. The whole thing. A big bang of an idea. Oh sure, it took years to make it a reality, but I could see it all in the beginning.

Is that all it takes? A good imagination—a great idea. Of course not, it takes hard work and dedication and a painfully slow day-by-day, step-by-step process—and the continuous use of the imagination.

Transitioning CAMP Rehoboth to the next phase of its life will also take hard work and dedication—and imagination.

Saving the world? Well, that’s something we all have to do together. Dream big, folks. Our world depends on it. ▼