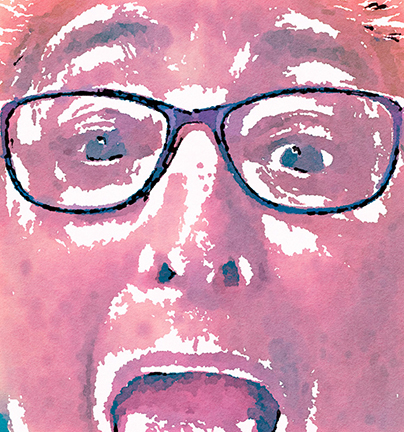 Since COVID hit I’ve been spending more time re-setting passwords than eating and drinking. And you can guess my COVID-inspired food and beverage intake.

In between earlier and earlier happy hours, with my iPad and iPhone in hand, I refresh mail on my phone, get my super-secret code, and determine I’m not a robot no matter how robotic this task has become. Then, I re-set my password. I try Schnauzer’s maiden name plus a prime number, first car, and randomly selected characters resembling profanity, which I often spew.

Oops! The iPad spanks me for using a password from a decade ago when I was merely middle-aged. Dammit! &$@/# Oh wait, that’s a good password.

The only thing I haven’t tried is making my password “incorrect2020” so if I somehow forget it the computer will explain that my password is incorrect (groan).

In a rare spare moment between pouring Grey Goose and changing passwords, I also joined Instagram. I’m told it’s for photos, but it seems identical to Facebook. Only I must now follow people. So far, I’ve chosen Mariska Hargitay and Kamala Harris. That’s enough right now because I’ve discovered that my Facebook friends have different Insta-names, baffling me so thoroughly I’m thinking about taking Prevagen®. They use pen names and cryptic IDs, with more aliases than a post office wanted poster. By the time I figure out who I’m following I will have made inappropriate comments on several posts. So for now, it’s me, Mariska and Kamala.

Of course, I also need followers. I invite everyone to follow me except the police until I get my left taillight fixed.

And get this, I’ve even come to terms with hashtags. Make no mistake, I still have no clue what rabbit hole you slide down when clicking them, but I’m having enormous fun inventing them.

Then there’s Facetime. I’m getting pretty good at it, but the first time I set up the iPad for a virtual happy hour, I starred in American Horror Show. My boyfriend answered, with his face resembling a view through a front door peephole—all chipmunk cheeks and jowls.

And in the corner of the iPad, hello dolly, was that my face? Or a Macy’s parade balloon? Good lord, woman, chin up. All of them. And when did I get that turkey waddle?

“Cheers!” my handsome friend said, lifting his drink into the frame alongside his unnaturally globular nose and bulging eyes.

“Cheers!” I answered, “It’s me, Wilson the soccer ball.

Luckily, I now social distance from the iPad screen, improving my screen image. Since then, as Rex Harrison sang, I’ve grown accustomed to my face in the fun house mirror. And I socialize online with friends watching my gray roots grow out in real time. I did learn to add good lighting, so nobody asks whatever happened to Baby Jane.

When I did Facetime yoga with a friend, we carefully positioned our iPads to be seen in our poses. But Windsor planted his fuzzy butt directly in front of the iPad. No amount of hollering “down in front!” made him move. So all the poses, no matter their real names, were downward dog.

Ah, Zoom and gloom. Gathering individually for group speak. Flashback, it’s the opening credits of the Brady Bunch. By this time I’ve been on quite a few Zoomversations. While it’s great tool, it can divulge more of you than you wish to reveal. On my second Zoom conversation I made sure to wear a bra.

And other Babyzoomers can see and hear everything going on in my house. What part of “Honey, bring me some toilet paper,” didn’t I want to share? And the worst part is the five-second interval between “goodbye” and leaving the conversation, while I’m frantically pushing buttons and trying not to be in resting bitch face.