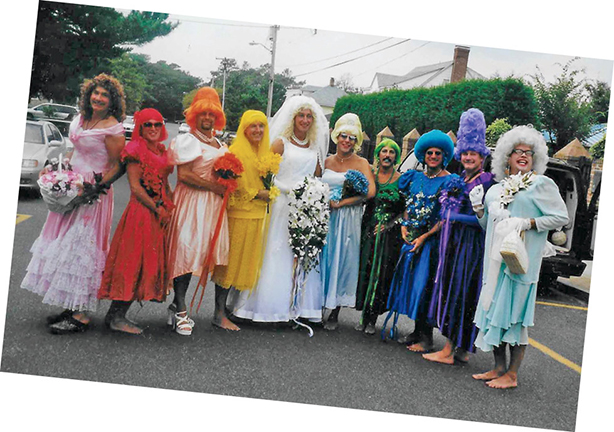 Drag Volleyball Squads Are NOT Spiking this Labor Day

Editor’s note: 2020 was scheduled to be the last Drag Volleyball game, ending a more than 30-year tradition. Volleyball-playing drag queens plan and COVID-19 laughs. But don’t worry, they will be back for their final tour next year.

This Labor Day Weekend, the stunning Sundance auction and twin dances are not the only big events changed by COVID-19. While Sundance will go on with a great big virtual party, the long-standing Poodle Beach Drag Volleyball extravaganza has been cancelled.

For 32 years, two killer volleyball teams, mostly—but not exclusively—men, have practiced and planned their Labor Day extravaganza, thinking more about high heels, high hair, and the continuation of their history of serving, sashaying, and spiking (in spike heels).

While they always played killer volleyball, they also entertained, sang, and presented outrageous skits on the sand in front of Queen Street (how appropriate) off the boardwalk. It was always something to see. And cheer. And surprising or not, see some very, very excellent volleyball.

Brent’s team became the Delmarva Divas and Brent has played in every single game since Drag Volleyball became a Rehoboth thing. Many players have suffered broken high heels, but Brent, to keep his record going, once played with a broken elbow. He’s known for his dedication to this event and for helping to keep it going strong for so many years.

“We’ve been offered sponsorships for the game, and some players wanted to make this a fundraiser, but we have always turned that down,” he says, “we just want people to come and have a fun time and not feel obligated to pay anything.”

This free, fabulous event became one of Rehoboth’s signature Labor Day traditions. Even USA Today once mentioned Rehoboth’s famous Drag Volleyball in a column naming Rehoboth one of the great gay beach towns.

The second team is often called The Other Girls, and they, too, have a tradition of longevity and athletics. When both teams hit the sand, anything can—and did—happen.

Rehoboth’s drag volleyball had become a big deal Labor Day weekend tradition, with thousands of fans, the press, and lots of drag celebrities making up the estimated crowd of over 2,000 onlookers.

People lined the boardwalk to get a view of the flamboyant entrances made by the teams and then followed them down to the sand, cheering all the way. And it was always anybody’s guess what the costumes and team themes would be.

Previous memorable themes have been “The Many Stages of Madonna,” where the players were clad in Madonna’s well-known costume choices; “The Wedding Party,” an outrageous and naughty wedding skit; and “Gaga Galaxy,” where one player arrived in a giant egg hoisted overhead by a bevy of well-muscled boys.

The annual sport and silliness will be missed this year and sadly, every year going forward. But thanks, Barbara Ann, for all the laughs and cheers. 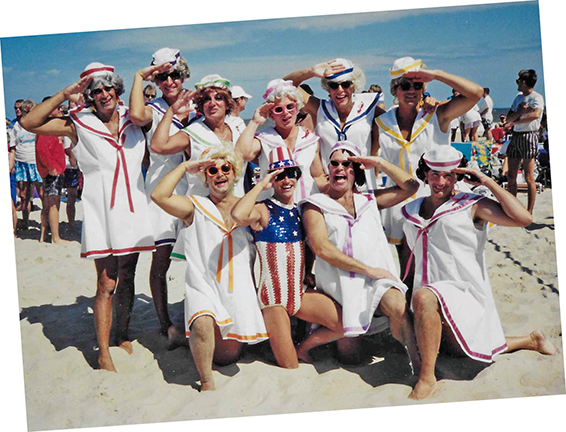