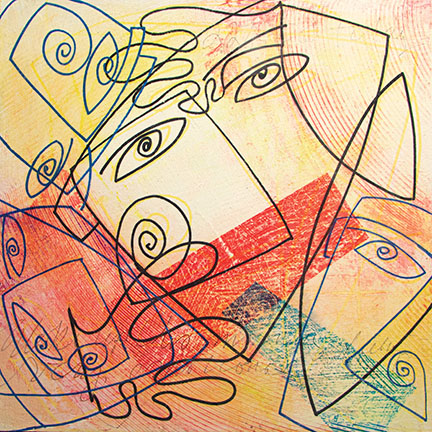 “Several times in the past few years, Steve and I have talked about the fact that CAMP Rehoboth will not be truly successful until we are able to let go of it and see it run on its own. Writing that sentence brings a sudden hot press of tears to the back of my eyes and reminds me again that every "child" has to eventually go out on his own. We're not there yet, I know, and I don't have to let go all at once, of course, but I do have to start sometime, even if it's only with a few little "baby steps" from time to time.”

I wrote those words in the March 11, 2005 issue of Letters from CAMP Rehoboth. Fifteen years ago! Baby steps, indeed.

At that pace, no wonder I’m still letting go after all this time.

In actuality, we truly did work on a succession plan along the way, but for the remainder of the two-thousands, and halfway through the twenty-tens, we were so engrossed in the work of CAMP Rehoboth, the construction of a new building, and creating and publishing Letters from CAMP Rehoboth, we barely had time to eat and sleep, much less plan for an exit.

Besides, the subject made me a little bit queasy. I wasn’t ready to let go.

By the time 2015 rolled around, Steve—four years older than me—was tiring of the stress and all-night deadlines and beginning to mention the subject of retirement on a more regular basis. He complained more frequently of not feeling well.

His lymphoma was discovered by accident on a trip to the emergency room for what we thought was a hernia. At the time, his treatment appeared to go well, and he finished up his first round of chemo in April 2016.

In the summer of 2017, the lymphoma came roaring back, this time in a monstrously aggressive form no amount of treatment ever really slowed down.

Though his treatments grew steadily more terrible throughout the fall and winter of 2017-18, he never gave up on his belief that all would be well.

I struggled on through that dark winter, working on Letters from hospital rooms in Rehoboth and Philadelphia.

By the time he died on March 15, 2018, I was exhausted, and still trying to do the work the two of us had done for years. An impossible task in the best of times, but supported by friends and community, I pressed on through that first year without him.

Wisely, I promised myself I would not make any major decisions for a year after his death.

I stuck to that timeline, for the most part. Looking back on it now, I understand how deeply I was changed by Steve’s illness and death and the effort to maintain the good work we had done at CAMP Rehoboth for decades.

As my self-imposed deadline arrived, time had done its work. The decision to step back from my leadership role was an easy and natural one to make.

The actuality of it was harder to adjust to, but in that, too, time—and my own creativity—eased me through the transition. By the end of 2019, I had moved my office out of the community center and back to my studio, though I continued to do some limited work for CAMP Rehoboth throughout this past year.

Twenty-twenty, of course, has not been at all what we expected it to be, but it has given me time. Time to heal. Time to allow my creativity to flourish. Time to be back in the studio. Time to understand—and remember—who I am. Time to discover an unknown future—and to not be afraid of it.

I will always be the founder of CAMP Rehoboth, but the time has come for me to allow it to thrive—or not—on its own.

That doesn’t mean that I’m going away or that I wouldn’t consider offers to help with specific matters from time to time. Or that I won’t be willing to change an occasional light bulb in the courtyard or community center.

It does mean that I have made the decision to retire my CAMPmatters column in Letters.

I’ve written for Letters from CAMP Rehoboth for decades. The history, progress, and vision of CAMP Rehoboth is woven throughout my columns. I’ve enjoyed writing them. I know I’ve improved as a writer over the years. I’ve learned the value of working under a deadline—both as a writer and as a designer.

Most of us are terrified by sudden change. We don’t have time to adjust to it. I am grateful to have been given the time to ease myself through the massive personal changes of the past three years.

I’m thankful to the friends and family who gave me strength and for their patience in allowing me to heal at my own pace.

When faced with enormous change and loss, we have a choice. Shrink back into the past and hold on to what was lost. Or celebrate all that we have been through and look to the future for what comes next.

Almost two decades ago, I made the decision to let my art career slide in order to do the work I needed to do to make CAMP Rehoboth successful. While I never stopped being an artist, or stopped using my creative skills, I couldn’t do two fulltime jobs at the same time.

Being back in my studio feels like a luxury to me. I anticipate there will be many months to come before I am satisfied enough with my new work to show it to the public. Hopefully by then, we will all be able to gather together once more.

In the meantime, don’t forget my favorite themes: Persistence is half the battle. Creating a more positive world starts with ourselves. Forgiveness is divine. Love is kind. And laughter heals.

In the words of Hanna-Barbera’s truly campy Snagglepuss, the time has come for me to simply say:

Oh, for Pete’s sake, “I never can say goodbye."