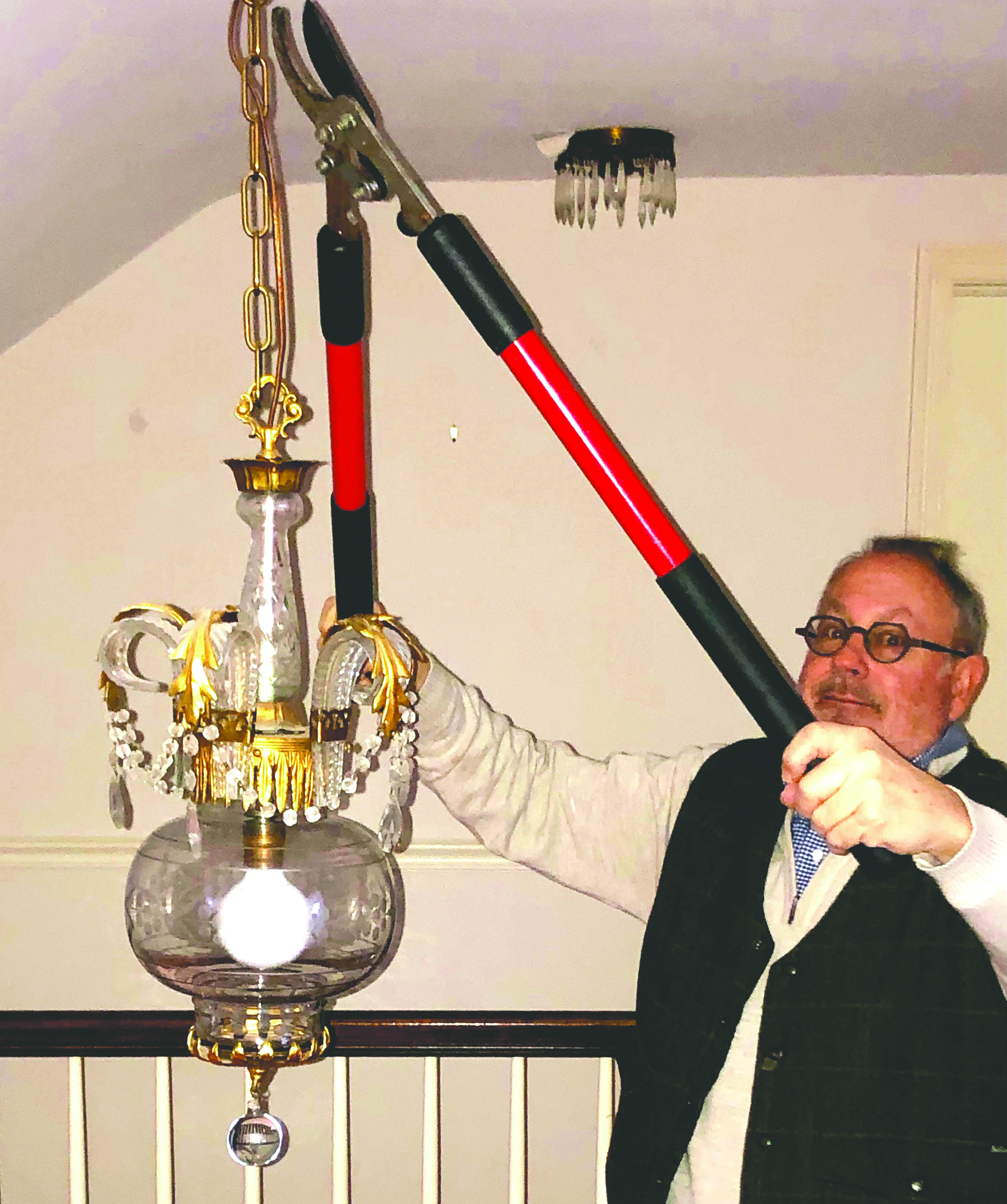 House demolitions are so common in Rehoboth these days that I hardly even notice them anymore. A recent article in the Cape Gazette listed the number of demolition permits issued by the city since 2016 at 153. That averages out to 30 per year.

If you’ve been reading my columns, you probably know I like old houses. They tell a story. They show how earlier generations thought about domestic life and designed their homes to reflect their needs and the prevailing styles of the time. When we demolish them, we lose those interesting traces of the past.

Of course, older houses often can’t satisfy contemporary demands for space, comfort, and efficiency. I get that. And far be it for me to tell anyone what to do with his or her own home. I live in an old house and I can tell you I don’t care to be lectured about why I ought to replace 20 older glass windows with new energy efficient ones in order to better insulate my house in the winter. I just smile and wave off such silly suggestions because isn’t that why God created cashmere sweaters?

The house across the street from me on Columbia Avenue is slated for the wrecking ball. While I don’t look forward to the noise and the dust, the truth is I’ve never been particularly fond of it. It looks like it’s rather undistinguished, a jumble of incongruous styles. Did I mention it’s a jaundice yellow color with a pink front door, brown garage doors, and a faded gray asphalt roof?

The house’s pedigree, however, is much more interesting. It was built in the 1940s as a restaurant in Lewes. When the business failed, the house was moved to its current location and subsequently expanded by various owners over the years, including the late Clem Conger.

Clem Conger was a tall, sociable gentleman with an eye for American antiques. Nicknamed “The Grand Acquisitor,” Clem raised millions of dollars to help Jackie Kennedy refurnish State Department rooms for visiting dignitaries, as well as other White House State Rooms, with American antiques and fine arts. Pat Nixon later hired him to be the White House curator where he worked until Nancy Reagan dismissed him in 1986 due to “artistic differences,” according to his 2004 obituary in the Washington Post. In 1992, the Winterthur Museum awarded him the Henry Francis DuPont Award for distinguished contribution to the American arts.

I’m shocked Clem and his wife Lianne purchased the house. Local sources tell me it was quite the social scene among the high tone set, both straight and gay, in the 1980s. That was before my time in Rehoboth. But I did have several opportunities to tour the house before the Congers sold it. I remember Oriental silk wallpaper and draperies, crystal wall sconces, a marble fireplace mantle with cherubs, and lots of antiques—a relic of old Washington style in Rehoboth. The subsequent owners, however, went a different way, and decorated in a more casual, “beachy” aesthetic. They even removed the buzzer Clem had installed in the dining room floor to summon the help, something I’d never have done. Imagine the fun.

Anyhow, with all the houses coming down in Rehoboth, it’s amazing I’ve never seen the salvaging and scavenging that I swear goes on nonstop in advance of the bulldozer. I call this activity the demolition derby.

The derby across the street began when a group of dour men and women all smoking cigarettes arrived in a big white van and removed furniture, rugs, draperies, and other furnishings from the house. Next came the men interested in bathrooms. They took faucets, sinks, medicine cabinets, light fixtures, vanities, and—clutch the pearls—toilets!

A kitchen specialist, who loaded up his pick-up truck and trailer with the appliances, cabinets, and granite countertops followed them. Several days later, two men hauled out two washing machines and two dryers. One spry old man hauled away an aging hot water heater and a refrigerator from the garage. Then he came back for one white metal rainspout.

By now my interest was piqued. I watched with horror when the landscaping crew removed the flagstone walkways and a green planter with a scraggly cypress tree, but ignored the perfectly mossed, 200-pound concrete garden bench with lion’s head feet and the mature boxwoods gracing the front of the home. Didn’t they know these shrubs would go for more than $300 apiece at any local nursery?

I couldn’t believe these downstate pickers had no interest in four gold wall sconces draped in purple and white crystals. And nobody wanted the light fixture with droopy crystal strings hanging in the hall stairway that looked like it came either from an old west whorehouse or the White House. I’m certain Clem Conger selected them all for his house.

Unable to leave these treasures to the wrecking ball, I joined in the demolition derby and purchased them all. The homeowner seemed somewhat amused by my interest in these particular objects and we negotiated an extremely favorable price. Of course, I had to haul the heavy bench across the street while dodging speeding contractor trucks and President Biden’s motorcade racing down Columbia Avenue. Then I had to dig up the bushes from the frozen ground during a Nor’easter. Prying off the light fixtures was a piece of cake.

While I remain mostly aghast by all the demolitions occurring in Rehoboth, I realize there’s really nothing I can do about it except maybe salvage a few items here or there. So if you see an old house with a demolition permit that looks like it might have some good stuff, give me a ring. Whatever I might scavenge, I can assure you it will not be unremarkable. Or a toilet….