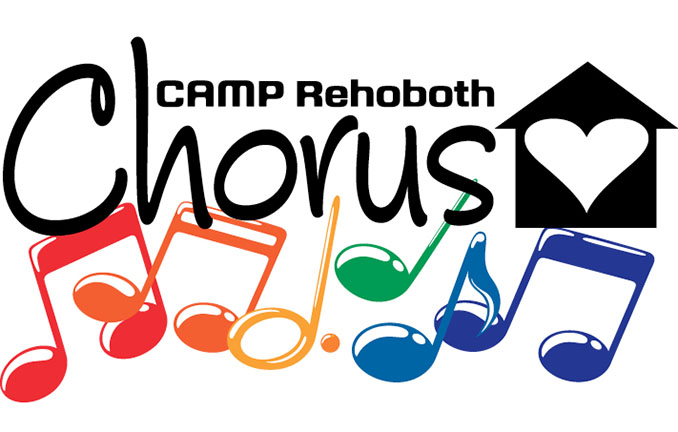 Elton and Elvis. Barbra and Judy. Aretha and Cher.

Who are these people? Oh, c’mon. Everyone should know these songsters and songstresses. Who doesn’t know that Elton is the rocket man Elton John, or that Elvis is the hound dog Elvis Presley? How about Barbra Streisand, the quintessential funny girl, or the dreamer, Judy Garland? And Aretha Franklin demanding respect, and Cher, who is, well, Cher?

And why do you need to know this? Because if you hurry up and buy your tickets, you’ll get a seat at the CAMP Rehoboth Chorus winter concert, “Legends.” The harmonizers will sing the songs of artists so famous that they are recognizable by a single name.

There’s Bette and Barry and Dolly and Patsy and Madonna and Frank. And just to round out the famous names, ABBA, and Queen. Okay, they’re groups, not individual singers. If this itty-bitty inconsistency bothers you, complain to Doug Yetter.

Yetter is the long-time Artistic and Musical Director of the chorus. The maestro’s magic shows in every aspect of the chorus, from creating complicated choral arrangements (he does arrangements for almost every song), to leading intense but fun rehearsals, to selecting accessories that reflect the sometimes zany selections in each concert. As Doug says, “If the concert is fantastic, we all share in the success. If it’s terrible...well, they’ll probably blame me!”

No worries, Doug. The chorus plays to packed houses every year. Why? Chorus veteran Gail Tannenbaum says it well: “This is my fifth year singing with the gang. I think we bring to the community a sense of excitement. It seems folks really look forward to the new show each winter. A mix of younger and older, locals and out-of-towners—they all come to hear us with the expectation and anticipation of being fully entertained and surprised each show. Folks singing, clapping, and giving standing ovations promotes lots of love each year.”

Yetter has high hopes for this concert, and putting it all together was challenging. When the chorus and the CAMP Rehoboth Chorus Music Committee presented him with the idea of singing the songs of artists so famous that they are recognizable by a single name, Doug panicked. (I doubt that, but Doug insists it’s true.) Yes, honoring legendary singers was a great idea, but how do you translate the music of SOLO artists into a concert sung by a CHORUS with more than 100 voices? He started by narrowing the field of singers to those who could be identified by one name. He then decided to represent each singer with three or four songs spanning their career. Doug is happy with the final package. “It’s ended up being this incredible all-you-can-sing musical buffet. The audience will need no encouragement to sing along with this great music.”

Doug also has more to work with this year. After the early years, which featured 27 singers, the chorus count grew to 90 members, and now boasts 17 new members. Many music lovers sing the praises of experiencing 100+ singers in harmony, and it is one of the many joys of experiencing a CAMP Rehoboth Chorus concert.

Another feature of these chorus concerts is the amazing band, led by pianist David Zipse. Zipse not only accompanies every rehearsal, he also writes the instrumental arrangements for the concerts and finds incredible musicians to play with him. He is a popular performer in local restaurants and clubs and performs at the Rehoboth Jazz Festival. The outstanding ensemble David has assembled includes Ken Schliefer on percussion (Ken taught instrumental music for the Cape Henlopen School District for 37 years), George Freeman on bass, Rosann Mattei on guitar, Glenn Luedtke on trumpet (Glenn is a retired Army band guy and also plays orchestral percussion regionally), and Dave Schiff on sax/clarinet/flute. (Dave had to turn down one chorus concert a few years back as Natalie Cole had asked him to play a Vegas gig for her!)

Finally, no CAMP Rehoboth Chorus concert can go on without the backstage machinations of production assistants Larry Rosen and Barry Bugg. Both have worked in theater and choral production for many years, including stints as production managers for the Gay Men’s Chorus of Washington, DC. They keep the engine well-oiled and turn many of Doug’s choral fantasies into reality.

So, take a minute and revisit that list of artists at the beginning of this feature. If you still can’t identify these artists so famous that they are recognizable by a single name—well, here’s an idea: Come to the CAMP Rehoboth Chorus concert, “Legends,” and be introduced! You’ll be glad you did.

At the time of print, a limited number of tickets were still available for the February 14 show. Visit camprehoboth.com for ticket availability.▼