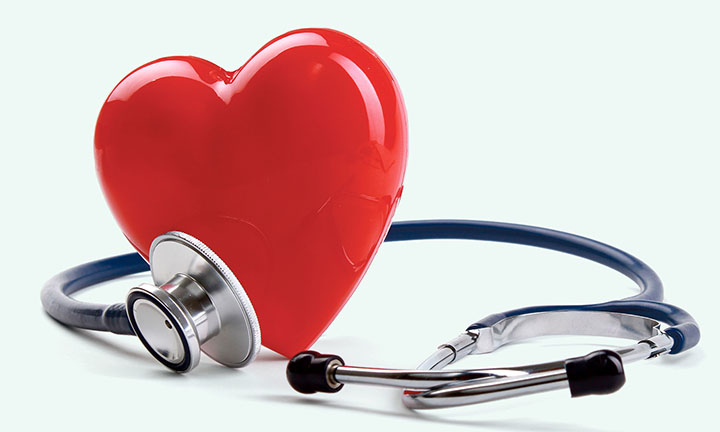 February—long a month featuring lots of hearts (and some flowers)—has also, since 1963, been American Heart Month. It was an inspired (if seemingly obvious) choice: how better to promote heart health than to piggyback onto a month already rife with appropriate symbols?!

So—what happens during American Heart Month? Well, for one thing, the National Heart, Blood and Lung Institute (NHLBI), part of the National Institutes of Health, works especially hard this month to raise awareness about heart health, and to urge us to take some specific steps to reduce our risk of developing heart disease.

How does the NHLBI (as well as the rest of us) raise awareness? One way: this issue hits the street on National Wear Red Day (always the first Friday or February). The purpose of the day is to draw attention to heart disease. You may have seen this red dress logo; it was developed in 2002 as part of the NHBLI’s The Heart Truth® campaign, intended to draw particular attention to heart disease among women. 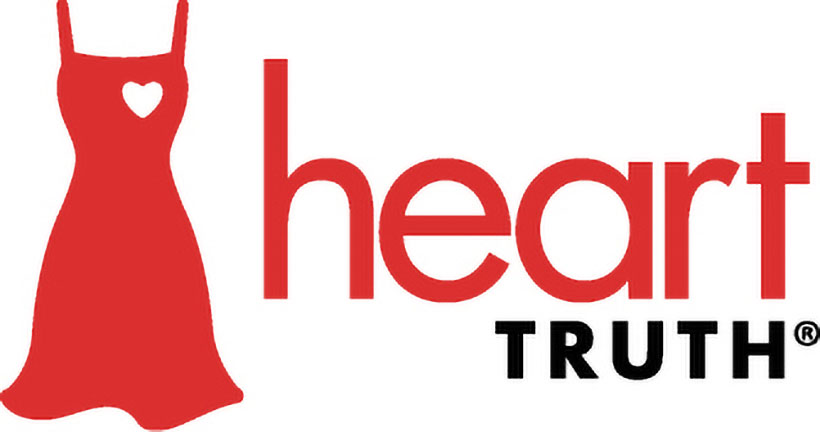 Women’s heart disease merited special focus for a reason: historically, there had been a lack of recognition of women’s propensity to develop heart disease, and a lack of understanding of the symptoms which might accompany heart disease in women. These symptoms often differed from those occurring among men, and could be misinterpreted or discounted—even among the women experiencing them.

This may come as a surprise, as people often believe cancer is the leading cause of death among Americans. Cancer does run a close second, but heart disease still ranks first. An article published by Harvard Medical School in March, 2017, “Gender Matters: Heart Disease Risk in Women,” noted that although heart disease kills six times as many women per year as breast cancer, women still worry more about getting breast cancer than heart disease.

The news appears to be even worse for people who are LGBTQ. In an abstract published in the journal Circulation (June 29, 2018), it was reported that lesbian, gay, and bisexual (LGB) adults are more likely to experience poor cardiovascular health than heterosexual adults. Indeed, LGB participants were found to be about 36 percent less likely to have “ideal” cardiovascular health than heterosexual participants, as determined by evaluating people’s risk factors for the disease.

There are both modifiable risk factors for heart disease (i.e., ones we can do something about) and non-modifiable ones (ones we can’t). There are just two of the latter: a family history of early heart disease, and age. Heart disease risk—especially among women—increases markedly after age 55, apparently because the hormone estrogen protects women against heart disease at younger ages.

One modifiable risk found to be especially problematic: smoking. LGB participants were almost twice as likely to smoke as were their straight counterparts (nearly 40 percent v. 20 percent). Both groups scored poorly on diet, with about 65 percent of heterosexual participants and 60 percent of LGB participants reporting a poor diet; nearly two-thirds of each group had a poor or intermediate BMI—i.e., was obese or overweight.

Another study, this one on cardiovascular disease risk among women, was published in the American Journal of Public Health (October 2013). That study found that lesbians are at greater risk of developing cardiovascular disease than heterosexual women. Again, a higher prevalence of smoking among lesbians surfaced as a likely contributing factor.

Unfortunately, the prevalence of smoking is not limited to the (mostly) older adults who were among the participants in the above studies. It’s also true of LGBTQ young adults (age 18-24 years) who participated in the 2016 National Health Interview Survey, where it was found that LGBTQ youth were twice as likely to smoke as their straight counterparts. That does not bode well for long-term heart health of the next generation of LGBTQ individuals.

Nor do things look any brighter for Delaware’s LGBQ youth (transgender youth could not be identified in the data captured). Between 2003 and 2009, Delaware participated in a study conducted by the Centers for Disease Control and Prevention (CDC) that analyzed Youth Risk Behavior Survey data for more than 150,000 high school students across seven states and six large metropolitan areas. The results of the analysis were published in the CDC’s June 6, 2011 Morbidity and Mortality Weekly Report. The study found that high school students who self-identified as LGBQ were more likely to engage in health risk behaviors—including tobacco use—than were students who were not LGBQ.

So—what to do?! Happily, there are things we all can do to reduce our risk of developing heart disease. First up:
•    Don’t smoke! Or if you already do, STOP.
•    Know your blood pressure—and work with your health care professional to manage it, if it’s high.
•    Know your cholesterol numbers—and (again) work with your health care professional to manage them.
•    Achieve—and maintain—a healthy weight.
•    Find ways to be physically active, whether that’s walking the dog, aqua-aerobics, pickleball, dancing, tai chi, or work-outs at the gym.
•    Follow a healthy diet. There are multiple options; find one that works for you.

We also can all raise awareness—our own, and that of others—of heart disease and heart health. Here are some ideas from the NHLBI:
•    Join the #OurHearts movement by sharing on social media what we’re doing to be heart healthy.
•    Start (or participate in) a walking club or other physical activity.
•    Host a pot-luck or a cook-off that features heart-healthy recipes.
•    Partner with a local health care provider to do heart-related screenings. (Did someone say “Women’s FEST Health Fair”?!)

One final thought: why not combine your celebration of that other February heart-related holiday with American Heart Month? You could join your Valentine for a walk or a heart-healthy meal. Breathe deeply (sans the tobacco), and enjoy some quality companionship: Reduced stress and strong connections are also good ways to promote heart health. ▼

How does CAMP Rehoboth help with heart health?

Oh, let me count the ways! 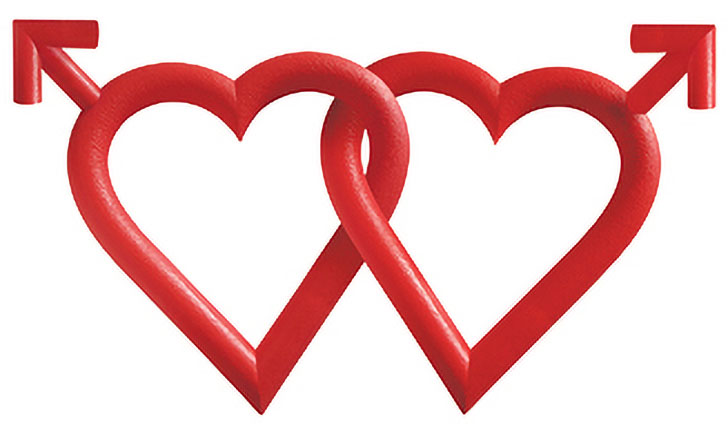 Health screenings ⊲ We’ve partnered with Beebe Healthcare to host a Health Fair at CAMP Rehoboth for women attending Women’s FEST. Beebe nurses will staff the fair and offer multiple free health screenings, including ones for blood pressure, cholesterol, and BMI.
Smoking cessation classes ⊲ Our 2020 sessions of You Can Quit Too kick off on Saturday, March 21, 9:00 a.m. to 12:00 p.m., and Saturday, May 9, 9:00 a.m. to 12:00 p.m.
Move into 2020 ⊲ Looking to make physical activity a bigger part of your day-to-day life? We’ve got the class for you! We’ll discuss the health benefits of being active, identify ways to bring movement into our everyday lives, and discover how to create a plan of action that works.
Creating a Long-lasting Health Plan ⊲ Are you ready to make some health changes, but don’t know where to start? Start with this class! It’ll meet on Wednesday, May 13, from 6:00-7:15 p.m. We’ll discuss elements of a healthy life (e.g., diet, sleep, activity, mindset), identify goals, and create individualized  plans to achieve those goals.