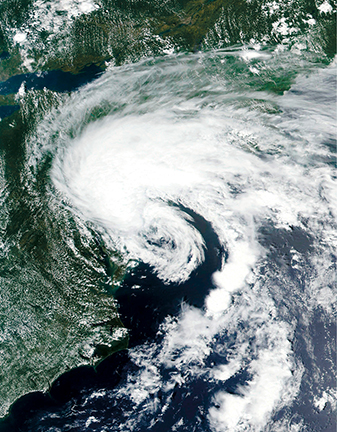 What Does the Spaghetti Model Say?

I was furious, quick, and didn’t do too much damage. Thankfully.

Of course, I’m talking about my name-sake, Tropical Storm Fay. Although for about 12 hours here at the beach we got drenched and deluged, followed by some pretty bad flooding.

In our neighborhood, kids actually boogey-boarded in the streets. I hope the flooding wasn’t too severe elsewhere.

But for me, having lived with a fairly uncommon first name all these years, this was kind of fun. I had 24 hours of headlines screaming my name, spelled correctly for once, in 40pt type. Television graphics had me crawling along the bottom of the screen with viewers following my path.

As it happened, the storm formed off the North Carolina coast and moved north, eventually making landfall near New York City.

Under COVID conditions, this was the only way I’d get to see Manhattan this summer. I hope the storm had a knish for me.

And according to reports, Fay was notable as the earliest “F” storm—or sixth-named storm recorded—beating out 2005’s Tropical Storm Franklin by over a week. The “F” storms historically haven’t arrived until early September.

It makes sense, as this Fay is pathologically early. If I’m merely on time, people have already considered calling the hospitals. I arrive at airports often before ticketing counters open, in case the plane takes off ahead of schedule. I drive my wife nuts. So, to have Fay, the storm, the F-bomb, arrive early was not a shock.

From July 9-12, every time I turned around somebody had something to say about me. When they announced “Fay has become better organized,” I thought yeah, have you seen my desk?

“Fay has picked up strength and speed” said nobody about me, ever.

Although when they talked of “maximum sustained winds increasing to 60 mph, with higher gusts,” I’m sure Bonnie had flashbacks to some of our fiercest conversations.

As I continued to pummel the coast and cause sideways rain here at the beach, I was amused when Hugh from the Purple Parrott posted on Facebook, “Due to Fay throwing a tantrum today, we will only be open for take-out.”

He actually had somebody comment “What did Jacobs do to you?”

Then Facebook comments revved up. “Go away, Fay!” “I always knew you were a badass,” and when I asked if I’d be trouble, the answer was “no more than usual.”

I did enjoy what the forecasters called the Spaghetti Models. That’s where they chart a storm’s many possible paths and the resulting map looks like it’s covered with spaghetti.

I was educated about a previous Tropical Storm Fay in 2008 (what was I up to that I don’t recall this?) when the storm hit Florida on four different passes, turning the Spaghetti Model into sodden tortellini.

But for this storm, I was quite proud that not one of the models showed Fay’s touchdown in New Hampshire, and yet, the unctuous orange oligarch in the White House canceled a campaign speech there due to ME! I waved my Fay Pride flag.

The whole thing reminded me of minor Hurricane Bonnie in 1996, when we hunkered down for the storm on our boat and then got t-shirts saying “I survived Hurricane Bonnie.” Tropical Storm Fay wasn’t around long enough for immortalization on an item of clothing. But I wore that “I survived Bonnie” t-shirt for years.

So Tropical Storm Fay provided me with some COVID diversion. Especially since I heard of no loss of life and not too much property damage. It was amusing to see the headlines shrieking my name and saying completely inappropriate, incongruous things about me. I hope I don’t sound too egotistical, but it sure was a silly good time.

Of course, all good (or at least distracting) things come to an end and after making landfall, I “degenerated into a post-tropical depression.”

Nothing a little Grey Goose couldn’t cure—because in true namesake fashion, Tropical Storm Fay cleared up completely, just in time for a sunny, dry (or in my case, extra dry) martini happy hour.

Next name up is Hanna (Gonzalo never materialized). Hope she has as good a time as I did.▼