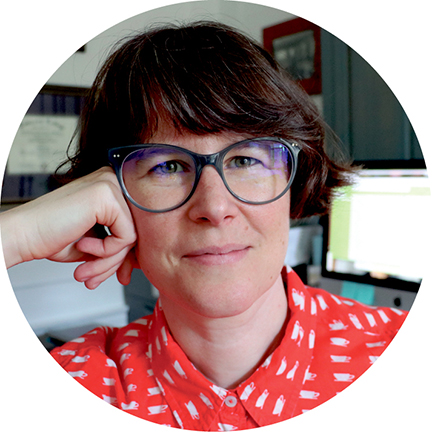 Film All We’ve Got to Be Screened at FEST

One of the exciting events for Women’s FEST will be the screening of the lesbian themed documentary All We’ve Got by filmmaker Alexis Clements. And Alexis will be at the screening to conduct a Q&A following the film. Letters caught up with Alexis for a few questions prior to FEST.

We’re delighted to welcome you to Rehoboth Beach. Have you visited before or will we be a new experience? What have you heard about us?

I’m a military brat, but my family spent most of my childhood in the DC Metro Area, so the beaches of DelMarVa were a familiar spot to me, and my family came to Rehoboth a number of times, so it’s a place that holds really nice memories for me. Then, more recently, my parents decided to retire to the area, which has meant that as an adult, and an out lesbian, I get to see and enjoy a whole new side of Rehoboth. In the past year-and-a-half since my parents moved to Delaware, any time I’m there I always grab a copy of Letters to see what’s going on and find out if there’s any fun stuff I should try to do when I’m in town.

It was actually when I picked up a copy of the winter edition of Letters—when I was visiting for the holidays—that I learned about Women’s FEST and sent over an email to see if the film might be a fit.

Your film sounds fascinating. Can you tell us a bit about how the project got started?

I had written a play inspired by the Lesbian Herstory Archives titled Unknown (which, incidentally, received its world premiere run in Minneapolis just one week before the film premiered). Because the play had a multigenerational cast made up entirely of lesbians and queer women, I knew that the chances of having it produced by a theater were relatively slim, and at the time I was keen to find ways to connect more directly with audiences. So, rather than a production, I decided for the play’s first time out I would do a reading at the Lesbian Herstory Archives, and instead of working with professional actors, I invited members of the Archives community to read the script.

It was a wonderful and really moving experience for me, and so I decided I wanted to do readings like that around the country at bars and bookstores and community centers. But as I was putting that idea together, I was also very aware that the kinds of spaces I wanted to visit to share the play were closing in large numbers, which led to the idea for the documentary. I did end up going around the country, and we did a handful of readings of the play, but the documentary became more of the focus because I was learning so much from the conversations I was having and I knew other people would want to hear them.

What was your favorite part of the research and assembling the film?

Without a doubt it was getting to have the many conversations with people involved in creating, building, and sustaining communities around the country. I visited and spoke on tape with people who were part of about 12 different spaces around the US. And throughout the process I also heard from and spoke with countless others. In the end there are four spaces that you get to peek inside of, as well as one group that operates outside of physical spaces.

What struck you as most interesting or impressive about reactions to the loss of women’s spaces as detailed in your project?

The thing that I find most heartening is that one of the key characteristics of the spaces that have been able to stick around is that they are intergenerational. I think a lot of people believe these days that there are huge divides across LGBTQ generations. That shifts in language and the ways people identify have created barriers that are too difficult to overcome. My experience is the opposite. The spaces that are really thriving have bridged generations, they see the deep connections and commitments across experiences that transcend things like language. It’s not easy work, and it seems to work best when everyone is engaged in projects they feel passionately about that bring people together. But it’s a reminder that the work of bridging generations is work that all of us, from every generation, can do, and that there are rewards for doing it.

Did you learn some things along the way that surprised you?

Soooo many things! One of the things that wasn’t necessarily surprising but was really eye-opening was learning so much more about the history and present of the many different groups and organizations created by and for lesbians and queer women of color. I knew about a few—the Combahee River Collective being one of the most famous. But it’s not always easy to find materials, stories, and media about these groups. As a white cisgendered woman, it was very apparent that most of the history that was more readily available focused on people like me. So it was really wonderful to spend time digging into histories that centered people who have identities different than my own. And since I’ve been out sharing the film, I’ve gotten to learn about even more of these groups. For instance, I got to meet and speak on a panel with Marion Tinsley and Nancy Pleasants, two women who founded Girlfriends, a group that brought lesbians of color together for over a decade in the Boston area. That was really exciting!

Did you learn of any unsung heroes? People who deserve some recognition for their efforts?

One of the reasons I made this film is that I knew how hard it was to find stories about the LGBTQ women who work tirelessly to build these spaces and communities. We don’t have nearly enough media about these people and these communities. Every group and space featured in the film, even the ones you only hear about or see briefly, deserves their own documentary, and to have books and articles written about them. (I should mention that the Lesbian Herstory Archives does now have a documentary film about it, The Archivettes, and there’s another documentary in the works about WOW Café Theatre.) So, for me, they are all unsung heroes and I made this film in part to sing their praises.

Tell me whatever else you’d like us to know!

One of the best things about sharing this film in different communities and spaces has been the conversations that happen after. It’s so clear that LGBTQ women are hungry to talk about what community means for them and also what it means that we’ve seen quite a few spaces close in the past decade.
So I’m incredibly excited to be able to be there for the screening at Women’s FEST to talk with the audience and hear from them. This film is about bringing communities together, and I love being at events that give us the chance to do that as part of the screening and Q&A after. ▼