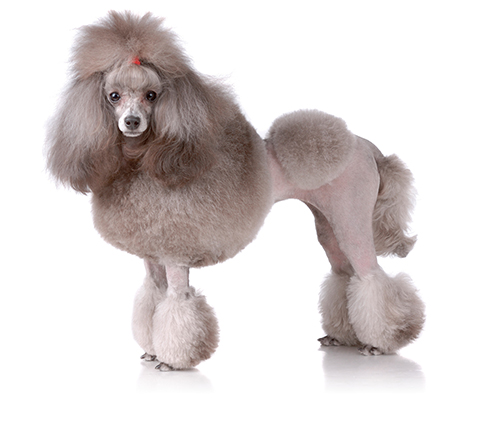 A poodle, according to dictionary.com, is “one of a breed of very active dogs, probably originating in Germany but regarded as the national dog of France, having long, thick, frizzy, or curly hair usually trimmed in standard patterns, occurring in three varieties (standard, miniature, and toy) differing only in size, and originally used as a water retriever.”

According to the Urban Dictionary, an alternate definition for a poodle is “…a title to be used for a lesbian who transcends the title lipstick lesbian in her level of high maintenance. It’s possible she may have been a gay man in a previous life given her aesthetic tastes, love of high fashion, and personal hygiene items. A poodle is not afraid to embrace her inner femininity and actively seeks opportunities to wear a tiara. She abhors physical labor and all things that may make her “glow.” (Poodles DO NOT sweat)….”

And most importantly, here in Rehoboth Beach, Delaware, “Poodle” is the unofficial name given to the area of the beach where, according to history, gay men tired of dragging chairs and coolers down to Carpenter Beach, so they just stopped walking near Queen Street. Irony, anyone? It became a most effective sit-in, or perhaps, sun-in.

This year’s winner of Westminster got in on the poodle-icious action, too, as Siba was selected as Best in Show at the 144th Westminster Kennel Club Dog Show at Madison Square Garden. And given Siba’s rather extreme head of hair and paw, she might be considered, according to multiple dictionary definitions, a poodle’s poodle.

Last year, I’m pleased to note, a smooth-coat Chihuahua from Delaware, named Tiffany, won best of variety at Westminster. I wonder if she’s ever been to Poodle Beach or if she boycotts as a matter of principle?

And why are we talking poodles? Because it’s time to gear up for our annual event of epic proportions, one that might impact all our poodles.

Yes, it is time to prepare for the Annual Opening of the Patio Season. That time of year when we all sit outside and live our most glorious lives, which for some of us means either bringing our four-legged friends downtown to meet our two-legged friends for coffee, and smoothies, and a slice, or sitting outside and getting our vitamin D from the sun and our joy from O.P.P.’s (other people’s pets).

Well, as it turns out, our patios haven’t actually been regulated to allow for pets. It’s just been an understanding that some places love a pet, and some don’t. And then it happens, just like in the movies, Cruella DeVille, wearing the guise of the Division of Public Health, appears on the scene (aka Facebook), posting a “reminder”—pets are forbidden in restaurants and on their outdoor patios. Yes, even the poodles. And does that threat apply only to four-legged ones? What’s a poodle to do?

Well, every movie needs a hero, and here in Rehoboth Beach it was time for that unmasked man, our very own Representative Pete Schwartzkopf, Speaker of the Delaware House of Representatives, to assume the mantle and fight for the (under)dog. There are party poodles counting on you!

And the result is House Bill 275 (which has 18 co-sponsors). It amends Title 16 of the Delaware code, permitting “the owner of a beer garden or food establishment to permit leashed dogs on licensed outdoor patios of food establishments and in beer gardens.” Those locations would “still need to abide by any health regulations and cleanliness rules.” Additionally, no location would be required to allow dogs.

It lets business owners decide, for themselves, whether leashed dogs are allowed on their licensed outdoor patios or beer gardens.

And I love that. Those establishments with clientele that want to bring their poodles to town, fantastic for them. And those that don’t? Hey, they don’t have to. It’s kind of simple.

Turns out, it’s incredibly bi-partisan. The bill passed the house unanimously, and passed in the senate by a vote of 19 for, one against, one absent. (Only Republican State Sen. Bryant Richardson voted against the bill.)

So now it sits on Governor Carney’s desk.

A thousand dogs’ pleading eyes are upon him, tongues askew, bodies panting, wriggling with excitement, waiting for his hand to lift the pen and give them all a huge “good dog” cookie.

Delaware is small but mighty. We are the First State. We are also the first state in the country to achieve being deemed a no-kill state. Quite a history, far and near.

And with a woof of thanks to Rep. Pete Schwartzkopf, we’re just about ready to run. ▼

Stefani Deoul is a television producer and author of the award-winning YA mystery series the Sid Rubin Silicon Alley Adventures: On a LARP, Zero Sum Game, and Say Her Name.