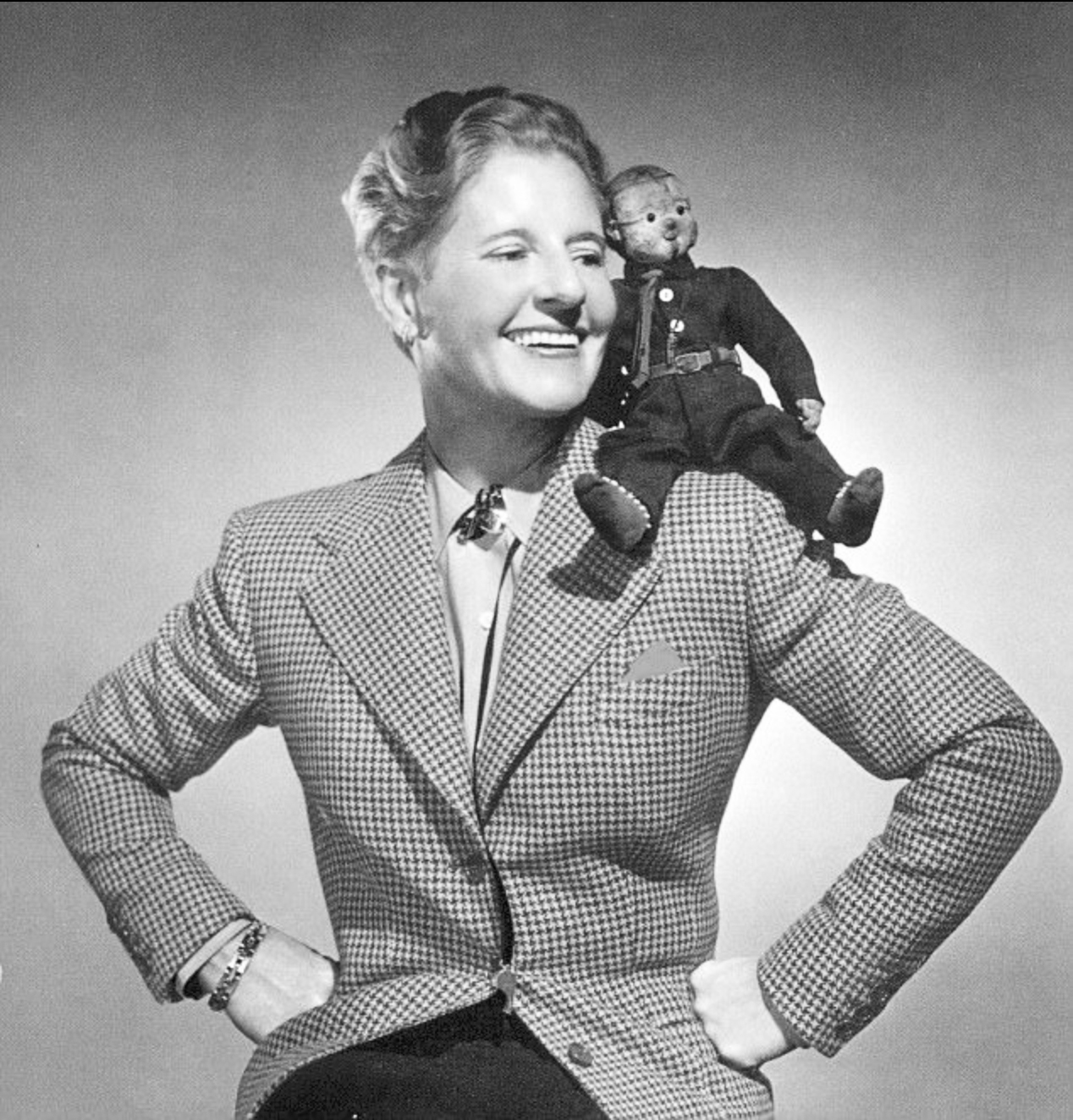 Some of us are born rich. Some of us are adventurous. Some are eccentric, undefinable, wild in spirit. If we are any one of those, life can be a blast.

So just imagine the life of Marion Barbara “Joe” Carstairs, who was lucky enough to hit life’s trifecta: rich, adventurous, wild in spirit.

Marion Barbara Carstairs was born in London to Captain Albert Carstairs and Frances Evelyn Bostwick, a Standard Oil heiress. Though Marion’s early life was certainly cushy, it was anything but stable. Her father deserted the family just before his daughter was born, and her mother subsequently remarried four times. As a mother, Frances was completely at sea regarding how to handle her rebellious tomboy daughter.

As young as 11-years-old, Marion knew what she was about: she insisted on wearing only boys’ clothes and demanded to be called Joe, dispensing with her female names altogether. Her socialite mother regarded this behavior as unacceptable, even dishonorable, possibly nuts. She packed her daughter off to America, to a boarding school in Connecticut in the hope that the typical education for high-born females would rid the girl of her boyish ways.

Joe’s adventurous spirit served her—and the Allies—well during World War I. She was a Red Cross ambulance driver on the battlefields of France, serving with Oscar Wilde’s niece Dolly, who became her lover and with whom Joe lived in Paris.

After the war, Joe and three women who served in the Women’s Legion Mechanical Transport, opened the X Garage in London in 1920, a car-for-hire and chauffeur service staffed entirely by female drivers and auto mechanics. The business thrived, with X Garage cars and drivers popular with fashionable Londoners.

But the daily responsibilities of maintaining a business were not Joe’s cuppa tea, and in 1925, when Joe inherited the bulk of her mother’s vast Standard Oil wealth, she was free to live life exactly how she wanted. And the life Joe wanted was daring, adventurous, and frankly irreverent. She wore gentleman's bespoke suits from Savile Row, had her arms tattoeed before tattoing was a thing, and openly romanced women. Many, many women.

Joe’s taste for adventure led her to speedboat racing. Her enormous wealth allowed her to crash the rather snooty, all-male world of racers, and her skill behind the wheel of fast boats further solidified her place at Britain’s highest levels of the sport. She won the Royal Motor Yacht Club International Race, the Bestise Cup, and in 1926 she won Britain’s top racing event, the Duke of York’s Trophy, earning her the sobriquet, “The fastest woman on the water.” Joe’s sporting spirit moved her to be generous to fellow sportsmen and women, often financing their boats or racing cars. Of note is Joe’s $10,000 financing of Sir Malcom Campbell’s famous Blue Bird land speed racer, at the time the most innovative racing car in the world.

Despite her success in Britain’s speedboat racing and sporting world, by the 1930s Joe chafed at the encroaching conservativism in Europe as it faced the Nazi threat. In 1934 she bolted from the London scene and bought Whale Cay, a Bahamian island. With plenty of money to toss around in this island paradise, Joe set up what can only be described as a benevolent and rather sexy fiefdom.

It was Baldwin who, back in 1920, gave Joe a leather doll of a boy, which Joe named Lord Tod Wadley. Joe ordered custom clothing from Savile Row for the doll, which became her constant companion. Her relationship to Lord Tod Wadley lasted longer than any of her romantic relationships with women.

Her baronial life on Whale Cay continued for 40 years, until 1975, when at age 75 she sold the island and moved to Miami, Florida. Joe continued to live life in her irreverent way until her death in Naples, Florida at 93 years of age. Her last wish was to have her beloved Lord Tod Wadley cremated with her.

In the annals of lesbian herstory, Joe Carstairs is certainly a colorful figure. Though not as political as some of our LGBTQ heroes, Joe’s insistence on living life as she pleased at a time when doing so risked ostracism or worse, marks her as a person with plenty of spark. True, her enormous wealth protected her from society’s worst abuses, but it wasn’t money that defined Joe Carstairs, it was Joe’s adventurous, wild-at-heart spirit.

Let’s face it, if you’re lucky enough to win life’s trifecta, why not live it up? That’s exactly what Joe did.