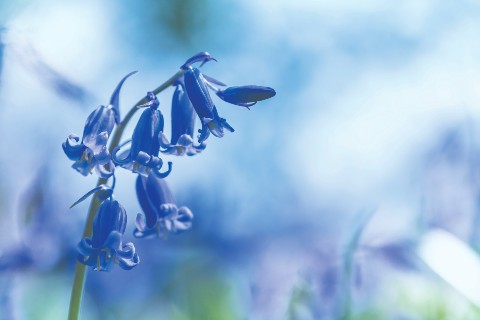 Look to Those Who Inspire

Sometimes we find inspiration in areas where we would not expect.

It was my last semester at school, and our senior project was to be based on a person who inspired us. We had to apply this inspiration to a campus design project. This task was providing me much anxiety at the time.

However, I had recently visited Washington DC and experienced the Vietnam Veterans Memorial which literally took my breath away. No other memorial or space had evoked such a strong response in me, which in this case was odd since I did not have any relatives who fought in this war.

After doing research on the designer of the memorial, Maya Lin, I was inspired by her numerous designs across the country, including other memorials and much-loved public spaces, as well as her art installations.

Maya Lin designed the Vietnam Veterans Memorial as part of a contest while she was attending architecture school. The competition was formatted so that the designers were anonymous and the judges who chose the winner did so without prejudice. You can imagine the controversy when it became known that the designer of the Vietnam Memorial was an Asian-American. I wish I could have been there to hear that glass ceiling break in all its glory.

It has now become one of the most visited and emotional memorials in our country. The basic design concept for the work is a scar upon the land. Imagine a large hand digging into the earth and scraping away a piece of it. The scar is hidden from view when standing on top of it, but the wound is exposed for all to see when descending into it. The polished black granite upon which the names of the dead and missing are written reflects like a mirror exposing our own scars and wounds back onto itself.

This idea of scraping the earth and experiencing the space that lies within it inspired me to create a similar space for my campus design. I imagined the campus quad as a gathering and event space. For any event, we usually think of auditorium or bleacher seating. Outdoor amphitheaters are nothing new, but I wanted to push the idea of this tiered seating.

I envisioned a hand digging into the ground and scraping away the earth exposing multiple tiers of varying widths; each one about 18 inches in depth (which is a very good seating height by the way.) These undulating waves of tier widths were all below the surrounding walkways so you would have to descend into the earth to take a seat. This project opened my eyes to how we can manipulate the ground and use landscape as art. I was hooked.

This form of landscape as art and manipulating the ground can also be seen in Maya Lin’s work at the University of Michigan’s “Wave Field.” Based on an oceanic wave phenomenon, it is one of a three-part series of installations located across the country.

Maya Lin has a large portfolio of projects, including the Civil Rights Memorial in Alabama; “Topo,” a topiary park in North Carolina; “Groundswell,” an art installation of 43 tons of glass pebbles in Ohio; and “The Women’s Table,” a sculpture celebrating the coeducation of women at Yale.

Finding inspiration can sometimes be difficult, but keep looking unexpected places. A public park, a memorial, or a simple flower can be all that you need to do great things.

Stay safe, and let’s garden together.

Eric W. Wahl is Landscape Architect at Pennoni Associates and the president of the Delaware Native Plant Society.