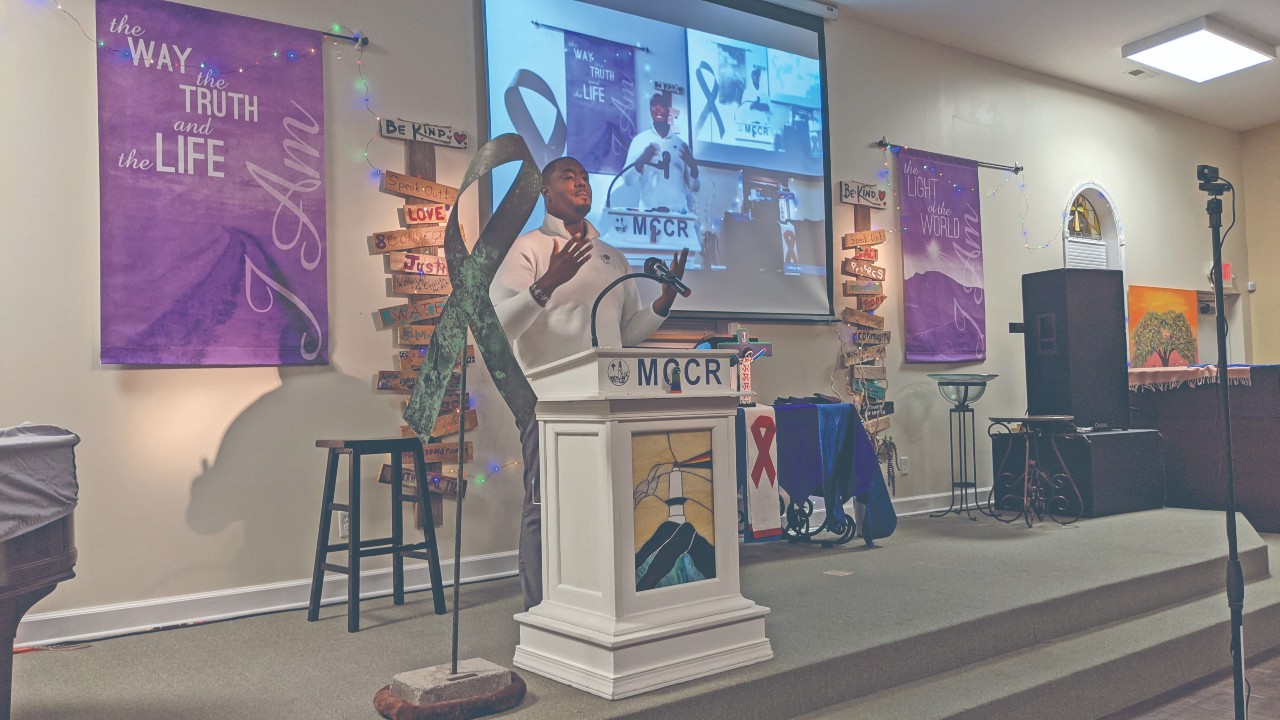 On December 1, the community put together a service of hope and remembrance in honor of World AIDS Day at Metropolitan Community Church (MCC) Rehoboth. The theme for the 2021 observance was “Ending the Epidemic: Equitable Access, Everyone’s Voice.” Throughout the service, the names of those lost to AIDS appeared on the backdrop screen, including new names that reminded the community that this epidemic is far from over. Several local faith leaders and community members across Sussex County infused a sense of hope and faith into the service.

“Tell me—I’ll hear, show me—I’ll listen, and involve me—I’ll understand,” said Jordan Hines, HIV Community Planning Manager at the Delaware HIV Consortium, inviting attendees to involve others in the pursuit to end HIV/AIDS. Pastor Tesha Miller, of Macedonia AME Church, spoke to the power of making room for others through education about HIV/AIDS. The Rev. Diane Fisher from MCC Rehoboth, Todd Hacker from Seaside Jewish Community, and Pastors Bo and Vicki Gordy-Stith from Epworth United Methodist Church all led dedications to remembering those lost to HIV/AIDS. Christopher Costas, who was diagnosed with HIV in the early 80s, shared his experience living with the virus alongside his radical sense of hope, reminding attendees that “all things are possible.” ▼ 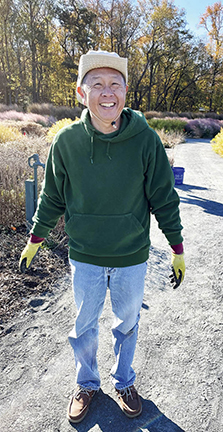 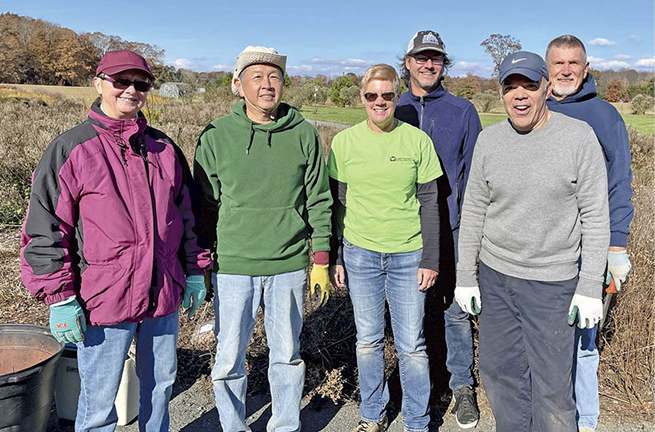 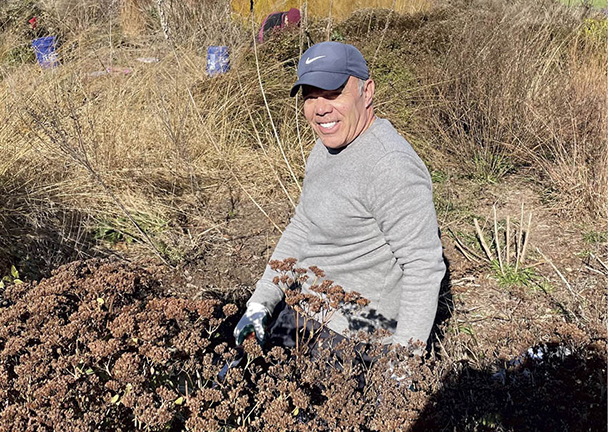 Wow, CAMP Rehoboth’s CROP team of six volunteers did it again, plantint 6,000 bulbs at the Delaware Botanic Gardens (maybe more)! DBG obtained approval from its world-renowned meadow garden designer, Piet Oudolf, to plant 84,000 bulbs, and CROP was there to help. The bulbs included many varieties of tulips, crocuses, and more. DBG is now well on the way to getting all 84,000 bulbs in the ground ahead of schedule. DBG loves to see CROP come and is very appreciative of volunteers’ efforts. Be sure to visit DBG in Dagsboro when it reopens next March to see the spectacular results! ▼ 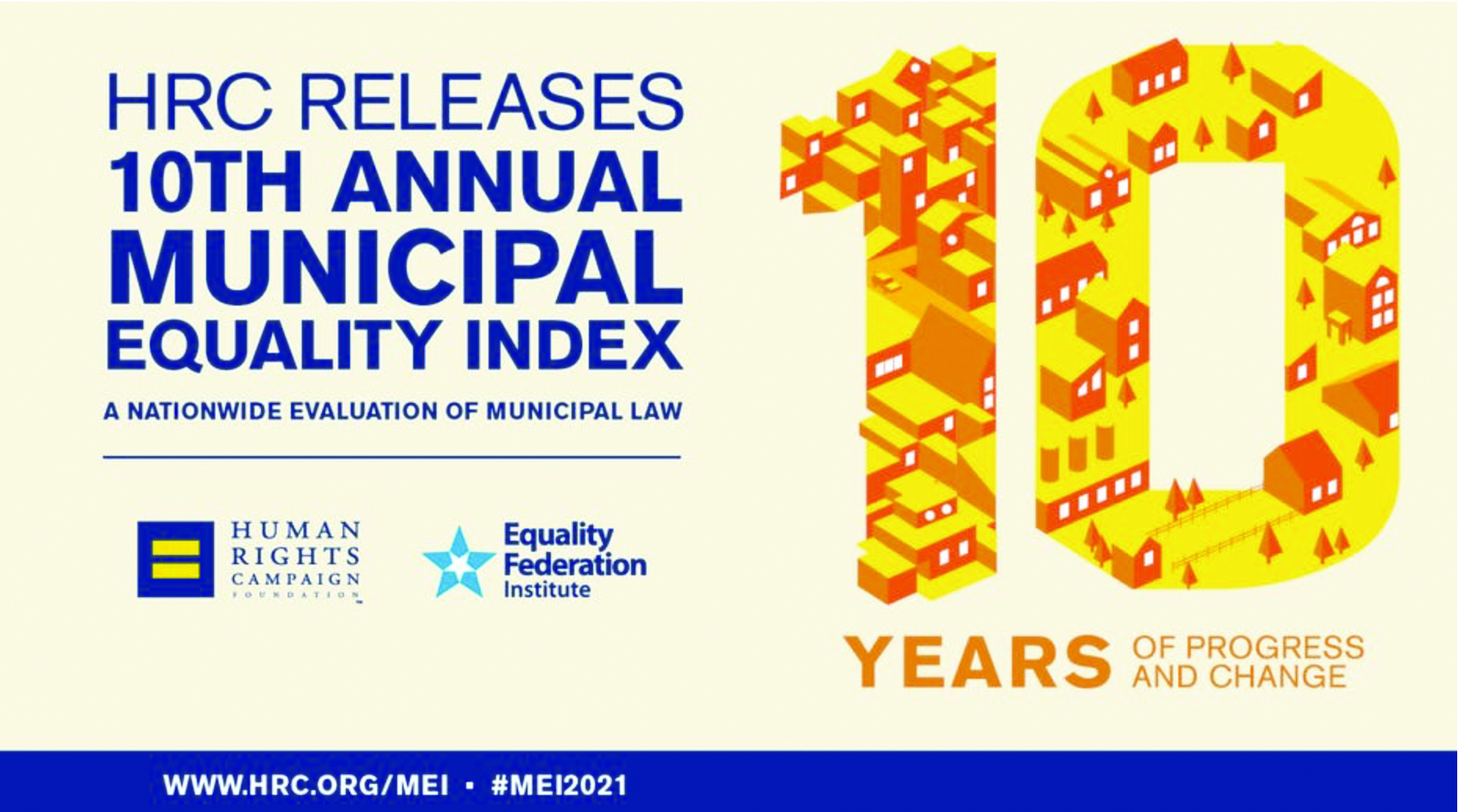 The Human Rights Campaign has released its 2021 Municipal Equality Index (MEI). Per the MEI, Rehoboth Beach’s score remains below the national average of 64.

The MEI survey evaluates many ways a city or municipality shows support for the LGBTQ community. It measures five different aspects of a city’s inclusivity of its LGBTQ community. These include non-discrimination laws, municipality as an employer, municipal services, law enforcement, and the city leadership’s public position on equality.

The 2021 index again gives Rehoboth a score of 58—the same score it achieved in 2020. Clearly, there still is much room for improvement, especially for a city that prides itself as an LGBTQ haven for many in the mid-Atlantic area.

In the March 2021 issue of Letters, Rehoboth Beach City Manager Sharon Lynn noted that the city is “110 percent committed to raising” the city’s score, and to surpassing Wilmington as Delaware’s highest-scoring city in coming years. Wilmington earned a score of 88 in 2021’s survey. ▼ 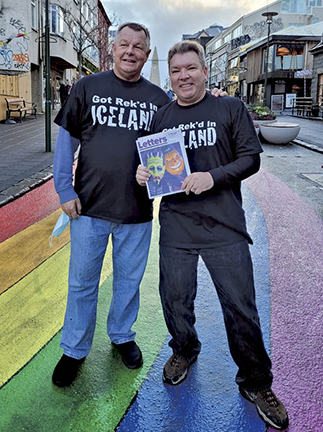 Frank Echols and his husband, Bob, of Where 2 Next Travel, enjoyed perusing Letters on Rainbow Street in Reykjavik, Iceland recently. Frank reports, “This street captured our hearts. Iceland in general is a very accepting and diverse country. It even has a lesbian president. And its yearly Pride event draws over 100,000 people to a country of only 360,000 residents.”
He adds, “They have always painted this street for Pride, but in 2019 left it painted permanently. This sign of support for our community is embraced by all of the beautiful Icelandic people, who want unity for us all. Just standing on the street brought tears of joy, support, acceptance, love, and warmth to our eyes. (I chose the word “warmth” on purpose—it’s cold there! Or rather...COOL!)” ▼ 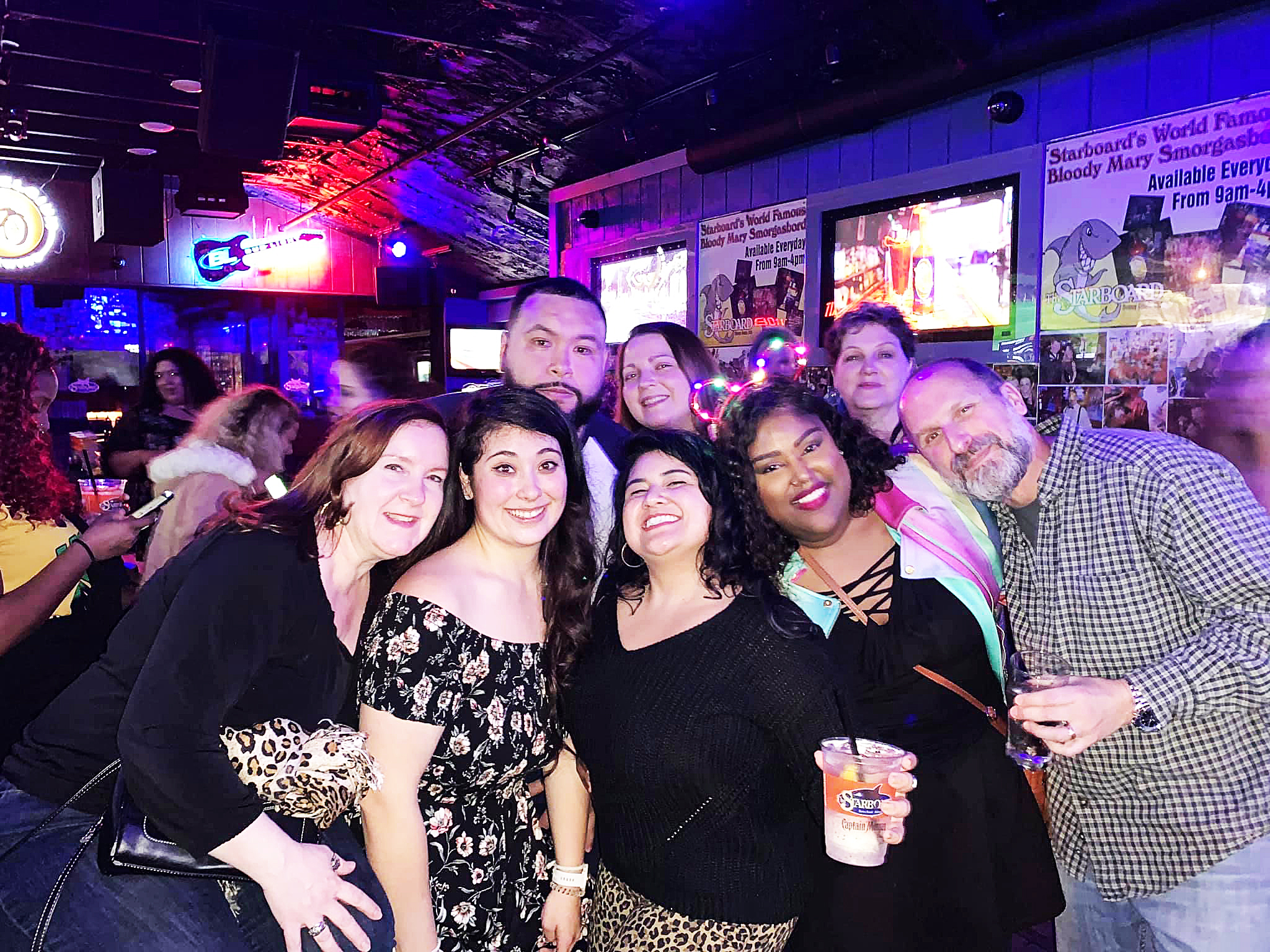 After starting a presence at Firefly Music Festival this year, CAMP Rehoboth has now become the beneficiary of Winterfly, a social and fundraising event for festival-goers, music lovers, and community members.

For Firefly fans, seeing each other once a year is simply not enough. That’s why in February, Winterfly will host dozens of festival-goers in Dewey Beach and The Starboard. Michelle Manfredi, the organizer of the event, will raise funds for CAMP Rehoboth’s youth program; other local youth organizations have benefited in previous years. ▼

Ocean Blu closed its doors in early December but before doing so, found a way to benefit CAMP Rehoboth during the fall. Organized by the owners and hostesses with the most-est—Fancie P. Charmington and Rebecca Blaqueout—the restaurant hosted Drag Bingo on Thursdays, raising approximately $1,500 for CAMP Rehoboth. Thank you! ▼

By chance I picked up the November issue of Letters and leafing through it came upon A Perfect Beach House and began to read because something seemed vaguely familiar…a picture perhaps. I was stunned in the third paragraph as my eyes read: beach bungalow by the Chandler family. OMG, he’s talking about G Columbia Avenue—our beach house!!! My three brothers and I grew up spending our summers there riding our bikes to Deauville Beach, fishing in Gerard Lake or walking to the boardwalk for a Saturday night dance. We’d often stop in front of The Pink Pony, climb up onto the benches in front and peer into the smokey, neon bar. Maybe I knew even then I’d be sitting on one of “those” bar stools in my future. 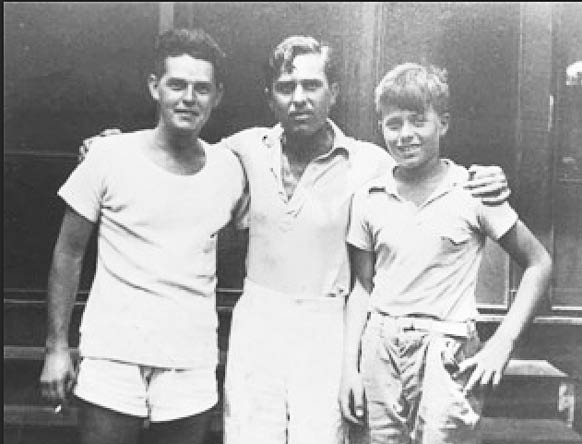 Please thank Rich Barnett for swirling me back to a fabulously carefree and happy childhood and let him know I am pleased a couple from our tribe owns “The Cottage.” The enclosed pic is of my Grandfather standing on the front steps of G Columbia Ave. with my Father to his left and the man in the shorty shorts is Kitty Cathcart (written in my Mother’s script, 1938).

P.S. I sent a copy to each of my brothers and they were thrilled. One even called me with tears in his voice…remembering one golden sun splashed childhood summer after another. I can’t begin to tell you the joy Rich’s article brought us. Thanks again.

Send letters to the editor (up to 300 words) to editor@camprehoboth.com