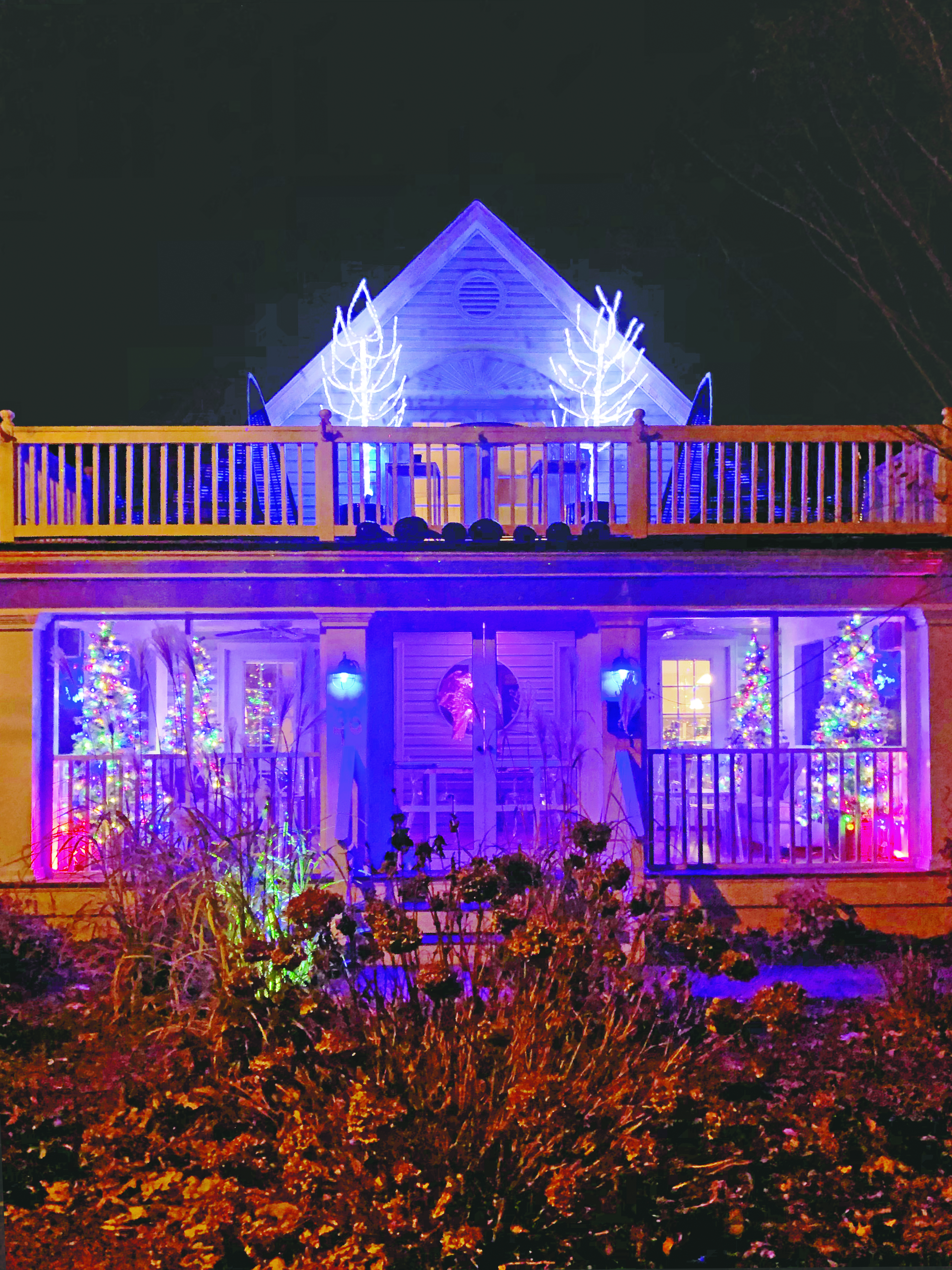 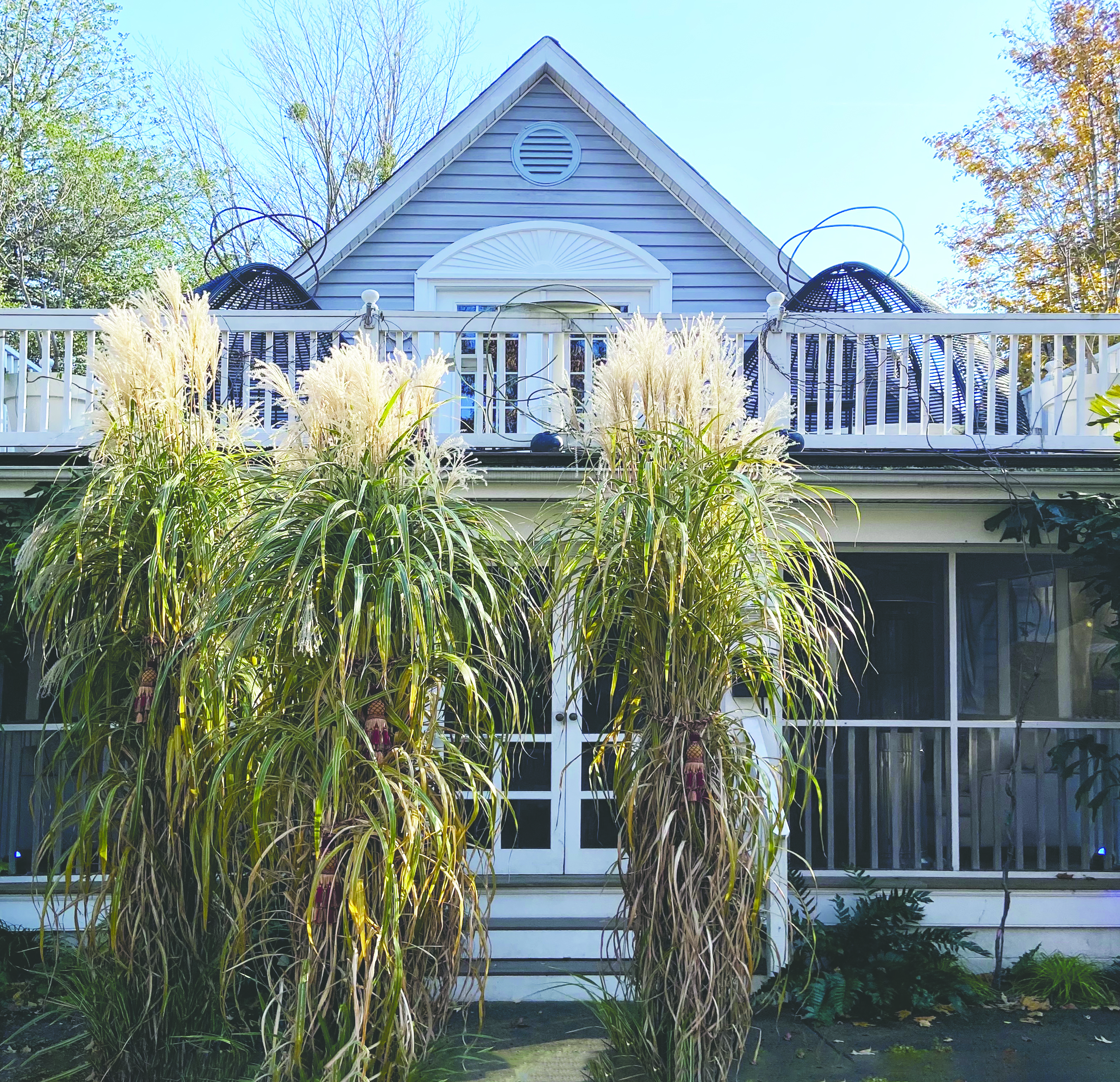 The first time I walked by Bryan Hoffman and Jim Lonsdale’s house on Kent Street in Rehoboth it was lit dramatically by purple and pink lights. Bubbles fluttered out onto the street. Soft disco music played. Yes, I had been drinking. But I distinctly remember thinking this must be some sort of magical fairy house.

What I didn’t know then was that bubbles and purple lights were simply par for the course for this couple from the City of Brotherly Love where Bryan runs a business specializing in the design, installation, and maintenance of interior plants, urban exterior plants, and creates holiday displays for corporate clients. More recently, he opened Hot Bed, a Center City art gallery featuring contemporary artists inspired by nature and a love for living things. It makes perfect sense then that their beach home would become a canvas for Bryan’s creativity.

“We decorate seasonally,” Bryan explains, “Halloween, Christmas, you name it… It’s fun and we find it’s helped us get to know and connect with our neighbors.” Jim, who worked in IT and now runs Pedego, an e-bike store in Lewes, agrees and is quick to point out that Bryan takes the lead on the seasonal decorating. “I’m very happy to say that all my attempts to rein in some of his more exotic ideas have failed miserably….”

Bryan first came to Rehoboth as a kid. His parents rented a giant apartment downtown above the Avenue Restaurant. In 1983, he came out while working as a busboy at Crabber’s Cove in Dewey Beach. After spending many summers in beach houses with friends, he and Jim decided the time was right to buy a place in 2010. They were attracted immediately to the Kent Street house because of its cottage look, especially the large front porch. According to Bryan, it’s a Nanticoke modular home built in 2000. There are several of these houses scattered around town. You’ve probably seen one with its distinctive front porch and “eyebrow” enclosed porch directly above.

“Renovations,” Bryan says, “were kept simple—painting, new tile, countertops, carpet on the second floor. I’d describe the interior design as bohemian, filled with art and ever-changing objects. It’s very playful and definitely not serious. Music permeates every space of the four-bedroom cottage. Flamboyant grasses stand as sentinels in the front yard, welcoming you to Club Kent, as we call it.” The scale and the personality of their house fits right in on this quaint block—one of my favorites in town—that hasn’t been overrun with McMansions.

One big difference between their house and the other eyebrow houses around town, however, is that it doesn’t have the standard second-floor enclosed porch, but rather an open-air sun deck off the master bedroom. It’s the perfect perch from which to shoot bubbles, position a macabre Halloween mannequin, or erect several brightly lit Christmas trees.

Christmas decorating is something Bryan is very passionate about. His aesthetic for Club Kent blends natural and traditional elements and then pushes the envelope with lighting and color to spread some bold holiday cheer. For years back when Rehoboth held a holiday decorating contest, the guys engaged in spirited battles with the Rehoboth Guest House for holiday décor supremacy. They won first-prize in 2015.

So, if you’re out and about town this holiday season take a stroll or a ride by 36 Kent Street and check out what the guys have in store this year. Flamboyant or subtle, I’m certain it will make you smile. Seriously. Psychologists say holiday lights seem to trigger dopamine, the “feel good” chemical in the brain. And can’t we all use some good holiday cheer this year! ▼