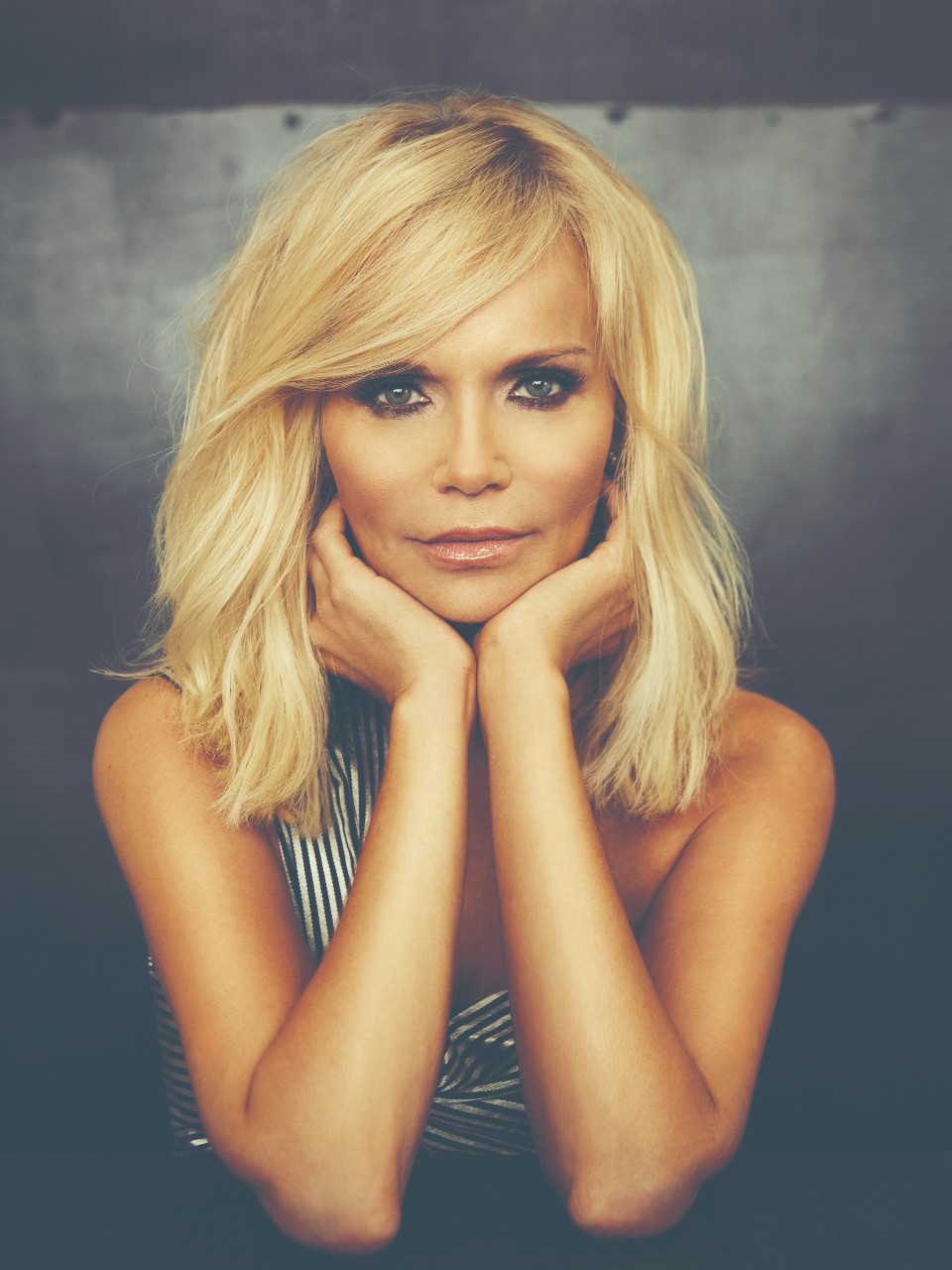 It’s been a massively busy 2021 for Kristin Chenoweth. She released her latest stunning Christmas collection Happiness Is…Christmas, appeared in the innovative Apple TV+ show Schmigadoon!, and reunited with Wicked co-star Idina Menzel on the Tony Awards to sing the now-classic song, “For Good.” Despite all this, Chenoweth found the time to get engaged to musician Josh Bryant. As the year winds down, I sat down once again with this multi-talented and multi-faceted superstar to talk about the recent Wicked casting, the inspiration behind her latest album, and what 2022 just may hold for her.

Michael Cook: Tell me about the new album Happiness is…Christmas. Recording and now releasing a holiday album truly is the remedy we all need right now after a challenging time.
Kristin Chenoweth: Thank you so much, I agree. I think the more Christmas music the better. I chose some new songs that no one has heard, as well as some favorites. “Why Can’t it be Christmas Every Day” is kind of an ear worm, I love it. Then there’s “Have Yourself a Merry Little Christmas,” and “My Dear Acquaintance,” that Peggy Lee wrote. There’s “Everybody’s Waiting for the Man with a Bag,” and K Star, an original “Oky” girl, sang it. I’ve got a little bit of everything for everybody and I’m very proud of it.

MC: The casting for the big screen version of Wicked was just announced and it is creating some massive buzz. You have been a mentor to Ariana Grande since she came to see you in Wicked all those years ago. What about her do you think is going to make her the perfect Glinda for the big-screen production?
KC: I met her when she was 10. I’ve been close with her since. I think what makes her the perfect Glinda is that she sees from afar. You know, Wicked, the show itself, means good and bad. Both girls are good and both girls battle bad. And I think that’s life. Not a lot of people know that Ariana Grande is also very funny. That is a requirement for the role. She’s got to be a comedian. Nonetheless, we all know that she’s going to sing the crap out of it. Arianna is perfect for Glinda.

MC: This holiday season, you are celebrating your engagement to musician Josh Bryant. What is it like to truly have found “your person”?
KC: Relief. Safety. Nothing but love, acceptance, tolerance. Not jealousy. He’s happy for me, wants me to be my better self, and I want him to be his better self. Those are the key ingredients to a happy relationship.

MC: What was it like to be a part of the Tony Awards and singing with Idina Menzel once more, and then appearing on-stage at the opening night when Wicked returned to Broadway?
KC: Let me start with the first part of your question. You know, Idina and I will be linked forever because of what we did together in Wicked. It’s very rare that we’re together now, as we both have our own careers. When those moments do come, it’s very emotional. I have a feeling for as long as we’re alive, on very special occasions we’ll be singing “For Good.” To sing it again with the person that you originated the role with is pretty cool.

I was asked to come and greet everybody at Wicked at the Gershwin Theatre, and of course I said yes. To see the house packed, to see people standing and clapping and being there to celebrate Broadway almost brought tears to my eyes. I was so, so proud of all the people backstage getting ready, being together. I told them they would never have another night like this; this is a reopening of your show. So take it, love it, and have fun.

MC: What does 2022 hold for you? Anything you can talk about? I see you have joined the cast of National Champions….
KC: Yes, the movie comes out in December. I love the subject matter. It’s opposite JK Simmons; he’s so incredible. I’ve got to plan a wedding for 2022. That’s going to be a focus. I’ll hopefully continue to work but my first priority is to plan a wedding. ▼

Michael Cook has been a part-time resident of Rehoboth Beach for over a decade. He is currently a contributor to Instinct Magazine, World of Wonder’s WOW Report, and South Florida Gay News. In between interviewing copious amounts of Real Housewives and RuPaul’s Drag Race queens, he has interviewed Liza Minnelli, Andy Cohen, RuPaul, Wendy Williams, and Debra Messing among others. Michael can be found on Instagram.