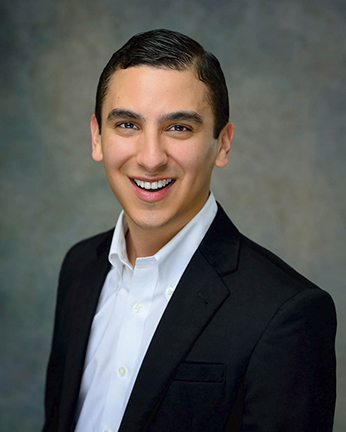 Matthews believes that students should never have to worry about their sexual orientation or gender identity being a barrier to their education. “Christina has shown such grace and leadership in this realm when they passed their policy. I think we can do the same, but it’s going to take a lot of encouragement for the school board to do the right thing,” states José.

This is not a new mission for the youngest member of the Red Clay School district. José, who was elected to the school board in 2018 at the age of 22, first brought a proposal to support trans and gender diverse students to the school board more than four years ago.

“This board has had four years to make a difference, and in reality, they’ve had a lot longer than that. I know we need to continue to raise the issue and we need to let folks know there is hope out there, and we need to fight for it.”

Despite the challenges, Matthews enjoys serving on the school board, balancing this volunteer position along with a full-time job in the healthcare industry. “There is something really rewarding about being able to wake up every day and speak to parents, students, and teachers, and make it possible to educate our children. It’s really not a small feat to run the largest school district in the state.”

He also enjoys connecting with LGBTQ+ students. “When I went to school, I really didn’t have any teachers that identified with the LGBT community. It’s been incredibly rewarding to have a number of students reach out to me and say how important it is for them to see someone sitting in a position of power as a gay man. I am humbled and honored to represent the community and be a part of the community that way.”

José has learned a lot from LGBTQ+ students. “I’ve learned that they are strong and resilient. But I’ve also learned the need to continue to fight for equitable policies that ensure that no student in our district or our state should have to worry about their sexuality or their gender identity being a burden or interfering with their educational experience.”

Looking at elected officials up and down the state, José emphasizes that there are voices and people missing in this work. He would like to see more young people, more people of color, and more LGBTQ+ people running for school board positions.

As for advancing the Transgender and Gender Diverse Student Policy, co-sponsored by fellow board member Adriana Bohm, José comments, “I think folks need to pay attention. They need to pay attention to what’s happening at the local policies, because a lot of the time the local policies can have more of an impact on our lives than the larger policy debates that are happening.”

He continues, “Folks need to understand how important these school board roles are, and people need to engage if they are not. If you are not engaged, now is the time to do so, because our students and their futures are at stake. We need to fight for social justice and equality. And I need people to join me in this fight.” ▼

To read the Red Clay School District Draft Policy 8005 for Transgender and Gender Diverse Students, or to learn more about this issue, visit camprehoboth.com/redclay.