Ticking His Way to the Top 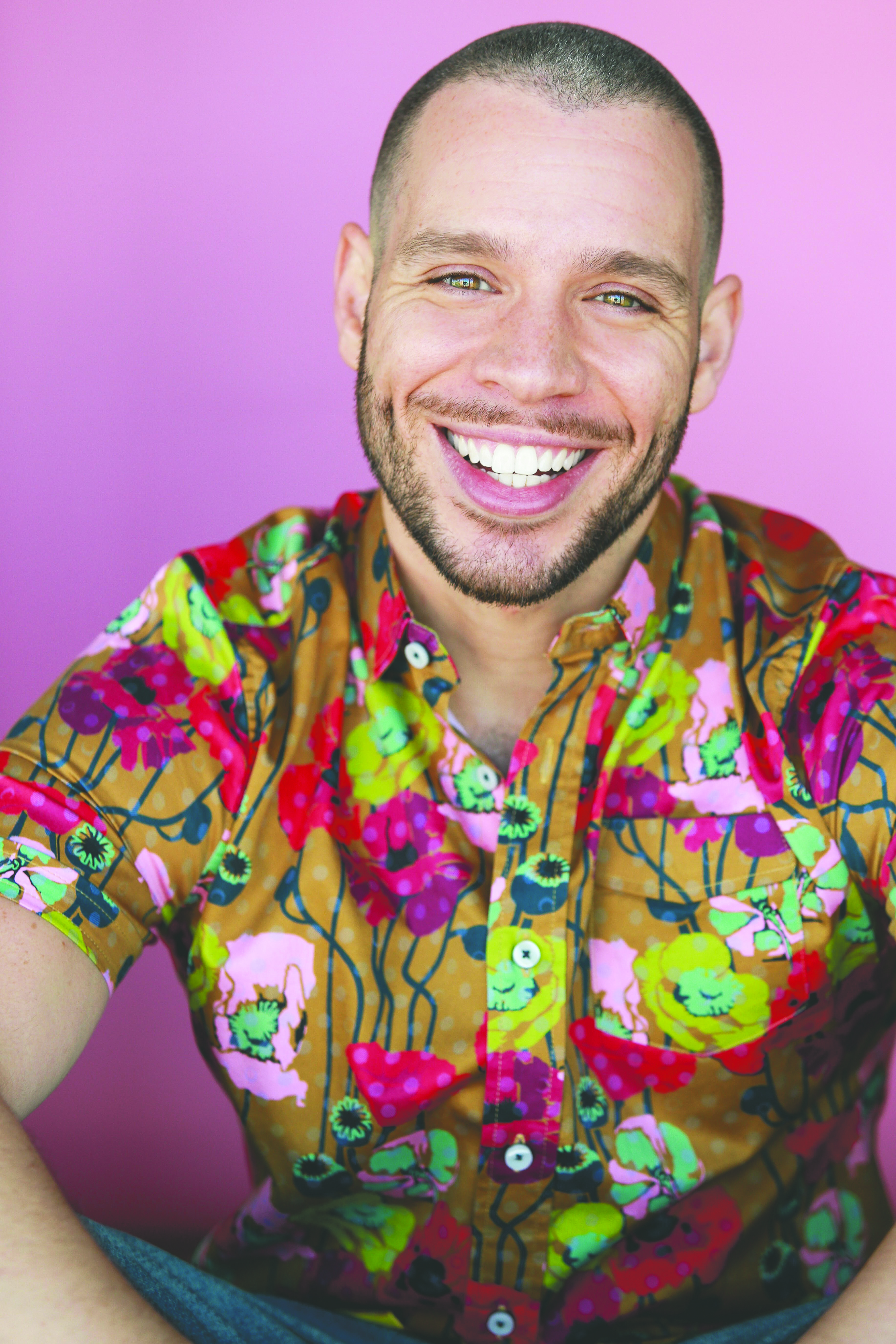 Robin de Jesús starred in Broadway’s Rent in 2005. Now, he has a memorable role in the new film about its creator.

It’s a Jane Fonda kind of day for Robin de Jesús. The 37-year-old actor says so on Zoom, where he appears from Beverly Hills, his face beaming in that Fonda light, for a day of press to talk about Tick, Tick…Boom!

The film has earned positive reviews for its story about Jonathan Larson, the creator of Rent who wrote the music and book for Tick, Tick…Boom!—first performed in 1990—as he was desperate for his major musical-theater breakout hit as a struggling artist in New York City’s SoHo. He’s got great friends, some queer. Less great is his apartment, but hey, it’s NYC and you do what you have to if you want to be a star playwright. The film is set against the backdrop of the AIDS crisis that tore through the LGBTQ+ community, ruthlessly killing some of the people Larson loved most.

Larson did, of course, eventually become a star thanks to Rent, but died the morning of its Off-Broadway preview performance, on January 25, 1996, after suffering an aortic dissection.

Directed by Lin-Manuel Miranda with a screenplay by Steven Levenson, the film adaptation of Tick, Tick…Boom—in theaters and on Netflix—finds Andrew Garfield in deep as Larson, and delightfully so. His embodiment is simply radiant. But as his best friend and roommate Michael, Jesús meets Garfield at his level. The film is Jesús’s second for Netflix that started as a stage production. He played Emory in both the star-studded Broadway revival of The Boys in the Band in 2018 and last year’s Netflix film adaptation.

Here, Jesús talks about the rare opportunity to depict a loving relationship between a straight man, Larson, and his character, and how he’d definitely be game for a sequel to the 2003 queer cult film Camp, where he played a gay teen.

I watched Tick, Tick…Boom! twice in 24 hours. It moved me deeply. Did it feel the same way for you as it might for the audience?
Yeah. I think growing up, being a kid who was a nerd and loved [the musical] Sunday in the Park with George, a story about a writer and his relationship with his creativity and how he navigated that, I always said to myself, “I hope I get to have a story like that someday.” And that’s very much what this is.

Did your involvement in Rent have anything to do with your involvement in Tick, Tick...Boom!? Was that important to Lin?
I don’t know that it affected Lin casting me, but I do know that he clocked it. After he saw my audition and pieced that together, I think it allowed him to receive that as affirmation that I was the right choice. I think it let him know that I was gonna come in devout to Jonathan, and that I was gonna come in devout to the story and just leave it all on the table.

On a scale from zero to Jonathan Larson, how eager were you to leave your mark on musical theater when you first got your start in the business?
Oh, are you kidding me? I came out that gate, y’all, like, “I’ma be the next Bernadette Peters.” [Laughs.] I wanted to be a part of that legacy of the shows, and honestly, it’s really, really funny [because] Heights gave me that [Jesús starred in In the Heights on Broadway during its 2008-2010 run], I remember thinking, “All right. Well, what’s the goal now? You did that thing you wanted to do.” Now, I wanna just tell good stories. I wanna make sure I’m contributing to my people and furthering us, but also, I just want to go to work.

At this point in your career, how do you recognize when a story is a good story?
There’s a feeling. A thing that lets you know. A gut feeling. And I always listen to that, ‘cause I feel like when you don’t listen to the gut, it’s just disrespectful. [Laughs.]

So what would it take for you to sign on for, say, a Camp sequel?
Oh, all day every day! There was talk of Camp becoming a TV show or a movie, and I don’t know what’s happened since, but I’ll come back as a counselor.

That needs to happen. Netflix, are you listening?
From your mouth to God’s ear. ▼