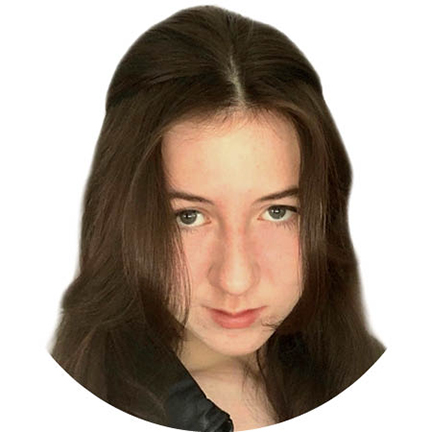 LGBTQ+ students, allied youth, or any students who want to be part of a supportive community all comprise the diverse club known as the Gender & Sexuality Alliance (GSA). The GSA at CHHS serves as a club that supports all students, from those struggling with gender identity and sexuality issues, to all things yet to be realized.

The GSA puts forth many efforts to create a better social atmosphere for students by representing a supportive community that students can be part of. GSA strives to ally students by promoting equality and inclusion on all levels, and projecting themes of empathy and student cooperation. One of the club advisors is Jayne Fetterman. Describing the GSA’s approach to connecting students, Fetterman says the club connects students by allowing honest discourse to occur in club meetings.

“We have seen nationally- and locally-divisive issues such as politics and race; it is up to each of us to exchange ideas and differences in an honest discussion,” Fetterman says. “I think it is a skill to be taught. I am ever hopeful we can communicate with an open mind.”

Describing how the GSA assesses social issues at the school, GSA adviser Garnet Rhue says enlightening students on benevolent themes is the fundamental goal the GSA strives towards. “As with any schools when you have diverse populations, it is always important to teach empathy and inclusion,” she says.

As for the current social dynamic at Cape, Fetterman and Rhue believe that differences such as class, race, gender, and sexuality can threaten a positive social dynamic, but students at CHHS harmonize effectively.

According to Fetterman, “social dynamics at Cape mirror the world...the ‘haves’ and the ‘have nots.’ We have students living very comfortable lives and students wondering where their next meal will come from. It is important to have ‘the conversation’ with one another so we can see one another and support one another in our reality.”

And the student view? GSA member Kris Bard is a Cape Junior who is training to be a future leader of the GSA. Kris is a non-binary student who goes by they/them pronouns. Bard says the GSA is a “good shoulder” for students who are struggling and need a safe haven. Their favorite aspect of the GSA is the family-like atmosphere the club has. “We’ve been able to grow comfortable around each other and make each other feel safe,” Bard says. “And the family expands each passing year.”

Rhue says the positive atmosphere the GSA contributes to should be seen as a precedent of admirable cooperation in a world that projects social contrast. “The students always amaze me with how well they get along, considering the many differences that surround them.”

Whether students at CHHS are a part of the LGBTQ+ community or not, Rhue says the GSA’s goal is to be seen as a positive role model that inspires the student body to reflect those connections the club has enriched and nurtured so well. “We lead by example,” Rhue says.▼

Ella Walker (she/her) will be a sophomore at Cape Henlopen High School (CHHS) and is an aspiring writer. Writing has always engaged her, but after being introduced to the world of journalism in her Intro to Publication class at CHHS, she realized she could use writing for much more than leisure. Writing is used every day as an impactful tool to convey messages to local and national audiences. Ella is a staff writer for her school newspaper, the Viking Ventures. There, she writes about the essential aspect of her school, the people. The teachers, clubs, and students are what make CHHS exceptional, so she devotes her writing to giving them a voice to speak about their opinions, thoughts, accomplishments, and any ideas they want to vocalize to the school and community.
– Barbara Antlitz

Barbara Antlitz, CAMP Rehoboth Youth Up Coordinator, works with Gender & Sexuality Alliances (GSAs) in middle and high schools in Kent and Sussex Counties, and with other groups supporting LGBTQ+ youth. Barbara can be reached by email at bantlitz@camprehoboth.com.