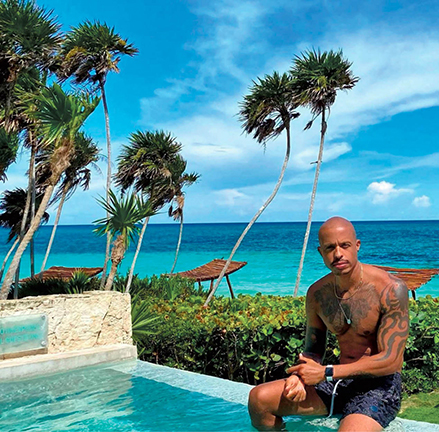 From working with everyone from Madonna and Jennifer Lopez and the legendary Michael Jackson himself—to the Las Vegas stage with RuPaul’s Drag Race LIVE!—choreographer (and newly minted director) Jamal Sims is pushing the artists he works with to heights that they may not even have known they were capable of. His directorial debut film, When the Beat Drops, is a deep dive into the dance style known as “bucking,” with Sims giving those artists the ability to tell their own stories.

I sat down with this consistently busy and multi-faceted performer to discuss his work with the ladies of Drag Race, how he brings out the best in the artists he works with.

Michael Cook: What is the one thing that you think you have missed the most during the past year?

Jamal Sims: The movies! I just want to sit in a movie theater with some popcorn.

MC: The film, When the Beat Drops, is absolutely incredible. Having such a deep passion for dancing and, in this case, the style of ‘bucking,’ it truly reflects in the work as a whole. Can you explain the origin of the dance form?

JS: Thank you. I love it and it is something that I have wanted to do for so long. Back in the 70s, there was a woman by the name of Shirley Milton who was on the Jackson State University drill team. In those days, the drill team would toss batons; that was the style then. She put down the baton and started “bucking.” That is where it originated. From there, the other drill teams started to catch on to this particular style of dance. Then in the 80s, the boys started to do it. That is where it all came from. The boys would do it in the underground clubs in the South, but it all came from the drill team.

MC: So much like voguing, this came from the African American community and is “borrowed,” and becomes part of global popular culture. Madonna did, though, pay homage to the originators of the dance by including the dancers in her video and tour at that time.

JS: That is absolutely right. That is actually why I did it. I didn’t want somebody to come and make it commercial and do a pop song about it and suddenly it’s “their dance.”
Actually, when I originally went to talk to the boys, they didn’t want to do the documentary. They were afraid that I was going to make fun of them or make some sort of mockery of what they were doing. I let them know that I wanted to have them tell their story before “they” tell it for you. I let them know that they should tell their story; that is what actually led them to do the documentary. 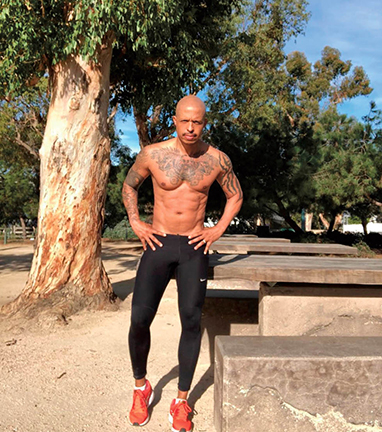 MC: Artists like you and Big Freedia, for example, are taking your own culture and celebrating the facets of it, rather than letting someone come in and do that for you. Do you think that is very crucial right now?

JS: Yes! Even as far as TikTok or these smaller dances, people are going viral from things borrowed from us. We have to always tell people where it came from and show them, “this is us.” If we are not representing it, people are going to start making assumptions that these people are making it up and they’re not. I really wanted to make sure that the creators are credited properly.

MC: We have seen you for many seasons on RuPaul’s Drag Race LIVE! working with the queens on choreography, but it is also evident that you love the art and performance of drag itself. Does it feel like just a natural fit to do it?

JS: Yeah, it is. I have always been for the underdog and wanted to help them shine. Drag Race, that is what it does for me. There are some queens who are on the show that people think would not be able to do what they can do, and what they are capable of. I really look forward to finding that raw talent, and also cultivating someone who is maybe not as polished, and people are then, like, “Wow, I didn’t know she could do that!”

MC: When you see artists working with choreographers, much of that relationship is based on the level of trust the performer and the choreographer have developed. When you work with an artist, can it sometimes be difficult to get through that barrier where they are shy, insecure, or don’t trust easily, especially when you see something in them that you are trying very hard to bring out?

JS: Yes. You know, a lot of times people are put in these positions that they are not necessarily ready for. We are in a manufactured world where someone is pretty, and they will give them a song and almost throw them to the wolves. For me, it is, “what do you do well, what are you interested in?” My first couple of rehearsals are actually just talking. Let’s figure out what you are passionate about, what you like, are you a fashion person, let’s play to your strengths; that is usually what I like to do. I play to what people think that they do well. Even if they don’t really do them well, if they think that they do, we are ahead of the game at that point. 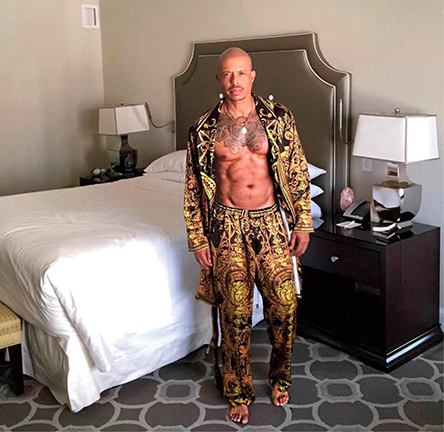 MC: Everything in the life of Jamal Sims is extremely fast; how do you just completely and totally exhale?

JS: I love the beach, I love the water. I can go to a beach and unplug and leave my phone. That’s usually the best thing for me. Around some warm water, I love it.

MC: Who has given you the best advice in your career that you have taken with you?

JS: It was probably my dad. He would always say that “rejection is God’s protection.” If you don’t get a job or a certain artist, or if I wanted to choreograph a certain movie and it went to someone else, he would say that “there is a reason you’re not there. You have to trust that that project wasn’t for you.” Nine times out of 10, it would come out and I would be like, “whew, I’m so glad I didn’t do that one.”

Michael Cook has been a part-time resident of Rehoboth Beach for over a decade. He is currently a contributor to Instinct Magazine, World of Wonder’s WOW Report, and South Florida Gay News. Michael can be found on Instagram: instagram.com/cookie74/?hl=en