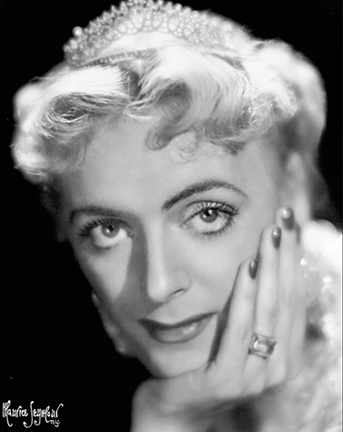 Ahhh…the 1950s, that golden time in America: the birth of rock ’n roll, strong labor unions, near full employment, the opening of Disneyland, the Sunday night TV ritual of the Ed Sullivan Show…and rigid sexual conformity. Same-sex relationships were illegal, deemed sick by society and even by the medical profession. In order to avoid harassment, jail, or worse, many lesbians and gay men hid so far back in their closets under so many layers of protection they might be mistaken for another rack of coats.

The taboo against gays and lesbians was even more oppressive against transgendered people. And medical science in America wasn’t dealing with it at all. But medical science in Europe was, at least to some extent. In the 1920s and ’30s, the groundbreaking work of Germany’s Dr. Magnus Hirschfeld led to the first two sex-reassignment surgeries ever performed: the first on Dora Richter (born Rudolph Richter), followed by surgery performed on Danish artist Lili Elbe (born Einar Magnus Andreas Wegener).

Bronx-born World War II veteran George William Jorgensen was determined to address his gender identity. Hearing of the advances made in Europe, Jorgensen travelled to Copenhagen in 1951, where he put himself under the care of Dr. Christian Hamburger. After a period of pre-surgery hormone therapies, Jorgensen was granted permission by the Danish government to undergo sex-reassignment surgery. At the end of six procedures, George Jorgensen emerged as Christine Jorgensen, the woman she had always believed herself to be. She took the name Christine, feminizing the male name Christian, in honor of her surgeon.

Christine’s return to New York in December 1952 as the first American to undergo sex reassignment signaled the start of her celebrity. She was met at the airport by a press corps whose attentions immediately elevated her to star status.

The press initially treated her kindly, if through an exotic lens. The New York Daily News gave her arrival the full front page: “Ex-GI BECOMES BLONDE BEAUTY.” Hearst’s American Weekly paid her $20,000 for the exclusive rights to her story, and Newsday published her piece, “Her First Easter Bonnet,” on Easter weekend in 1953.

Though Christine initially wanted to lead a quiet life, she recognized that her celebrity afforded her a platform to advocate for transgender rights. She toured widely, and was welcomed on college campuses and other venues, where she spoke of her childhood feelings of being “a frail, blonde, introverted little boy,” and her growing awareness of her sense of herself as a woman.

Her star status also gave Christine a way to make a living. She developed a nightclub act which was well received by the entertainment critics for her sharp wit, repartee, and her general showbiz pizzazz.

But the social conformity of the 1950s eventually triumphed over the tolerance and enthusiasm which initially greeted Christine. Her good press notices became more salacious, with various media venues asking her to pose in the nude. She declined.

The law, of course, was not on her side, either. Engaged twice, both engagements were broken when the marriages were denied by law. Though her doctors in Europe and America declared that Christine was “one hundred percent woman,” she was not permitted to marry since Christine’s birth certificate still identified her as male. Wedded bliss was thus denied Christine and the men she loved and who loved her. Compounding the injustice to Christine herself, John Knox, the second of her fiancés, to whom she became engaged in 1959, lost his job as a result of his relationship with Christine.

In 1967, with her nightclub appearances dwindling, Christine moved to Los Angeles, where she was still welcomed on the California lecture circuit. In 1968, Bantam published her autobiography, Christine Jorgensen: A Personal Autobiography. The book opened additional opportunities for public appearances to advocate for transgender rights, and she toured extensively in the 1970s and ’80s until her death in 1989 at age 63 from bladder and lung cancer.

Christine Jorgensen’s life was courageous, colorful, and meaningful. Her willingness to use her unsought celebrity to speak of her life and transition experience in order to advocate for others, attests to her courage. Her sophisticated nightclub act, her exuberance, and the fun she clearly had sharing a stage with the late drag luminary and film star Divine, attests to her colorful personality. In the May 29, 2014 issue of Time magazine, she was named one of the 25 Transgender People Who Influenced American Culture, a tribute to her determination to make her journey as America’s first recipient of sex reassignment surgery meaningful.

Her words in a 1967 interview sum up both the pain and joy of Christine’s early struggle and eventual triumph: “The answer to the problem must not lie in sleeping pills and suicides that look like accidents, or in jail sentences, but rather in life and the freedom to live it.”