A devoted CAMP Rehoboth volunteer, Mr. Lachac worked for 18 years as a student assistance counselor and guidance counselor for the Middlesex Borough Schools. He loved baking, cooking, gardening, and travel. Mr. Lachac enjoyed collecting Fiesta dinnerware, and music. He continued his passion for music by playing the piano. His interests also included politics and current events. Mr. Lachac volunteered for CAMP Rehoboth when he was physically able.

In addition to his parents, Mr. Lachac was preceded in death by his sister, Mary Horn, of Brooklyn, New York; his uncle, Francis Saulle, of Staten Island, New York; and his niece, Denise Thompson.

He is survived by his spouse, Harold "Chip" H. Johnson Jr. of Lewes; his sister, Lillian Thompson of Middlesex, New Jersey; his nieces: Dierdre (Thompson) Brady, Deanna Muniz, and Danielle Thompson; his nephew, Eddie Thompson; and his many grandnieces and nephews. 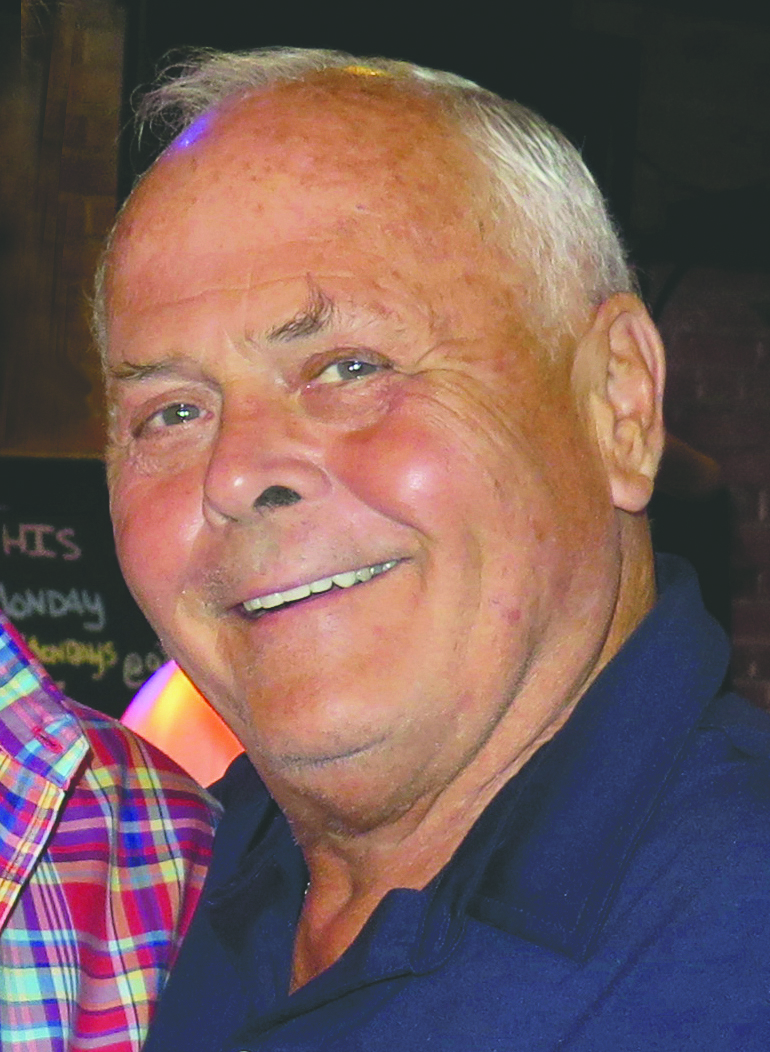 Born in Johnstown, Pennsylvania, he was the son of Robert and Velma Litz. Duwayne attended Millersville University, the University of Buffalo, and Temple University. As an educator for 27 years, Duwayne was a reading specialist and English teacher, as well as an adjunct professor, in Lancaster, Pennsylvania. After retirement, Duwayne became a Realtor.

Duwayne touched the hearts of so many people with his infectious smile and laughter. He lived life to the fullest, traveling the world and visiting with friends and family. Duwayne enjoyed the beach, particularly his beloved Key West and Rehoboth Beach.

Duwayne is survived by his partner, Steve Triglia; his three children: Adrienne Barto, partner of Anthony Rovito; Jennifer Bates, wife of Thomas; and Justin Litz, husband of Chryssa; seven grandchildren; one great-grandchild; and two beloved dogs, Fendi and Gucci. He is also survived by a sister, Janet Sauerbry, wife of Christopher; a brother, Robert Litz, husband of Sandy; and many nieces and nephews. Duwayne was preceded in death by his parents; a brother, David Litz; and his beloved dog, Prada.

The family will plan for a Celebration of Life at a later date. Information will be posted on Duwayne’s Memorial Page on Facebook. In lieu of flowers, please consider donating to the Key West Art & Historical Society, 281 Front Street, Key West, Florida 33040. 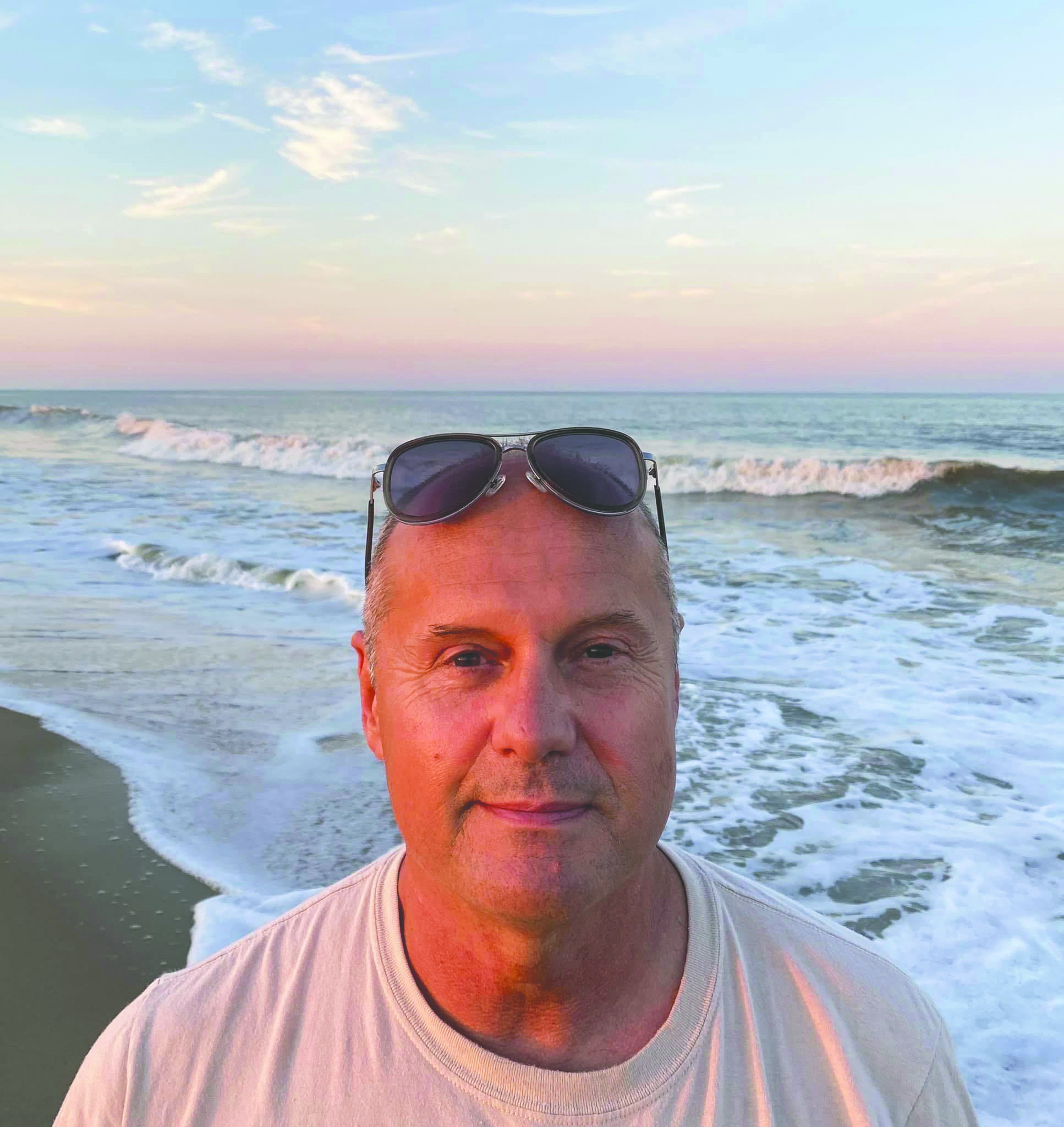 Michael Bolling, a husband, son, and a true friend to so many, passed away suddenly on Christmas Eve, 2020 while visiting his loving parents who were by his side at the time of his passing. Michael is survived by his longtime partner and husband, Joe Vescio; his parents, Norris and Nancy Bolling; and so many close friends who will miss him dearly.

Michael was a graduate of Northern Virginia Community College, earning an Associate Degree in Applied Science/Communication Design and Electronic Graphic Design. He also obtained a Bachelor’s Degree in Individualized Study/Graphic Design from George Mason University. However, Michael’s true passion and focus were on his many positions supporting people with developmental disabilities, most recently working for the DC government. Prior to that, Michael worked for the nonprofit company Community Residences, also supporting people with intellectual challenges.

Michael was quite proud of his family and upbringing, having grown up in the beautiful vistas of Wise, Virginia. He visited his hometown and family frequently, usually tooling around town in his VW convertible. That is where he was laid to rest, overlooking the trees on the magnificent mountainside of Virginia.

Michael and his husband made Arlington, Virginia their primary home, but for the past 12 years, Rehoboth Beach became their second home and they had plans to retire together here in 2021. Michael loved the beach, the people, the area restaurants, and all of the beauty that the Delaware shore has to offer. He and Joe made many friends in Rehoboth and often enjoyed dinners in town, a good happy hour, plus nights out with friends at the local karaoke bar.

Michael was a character indeed, and he loved to laugh and carry on. Just throw a funny hat or prop his way and he was off and running, ready to deadpan for the camera. Michael was an eloquent speaker. A passionate man, he could articulate the most basic thought and somehow make it sound poetic. One of his favorite sayings was “And whether or not it is clear to you, no doubt the universe is unfolding as it should,” (from the “Desiderata,” by Max Ehrmann).

Michael exuded positive energy in whatever he was doing. He was fun to be around, cheered you up when you might be down, and often brought you flowers from his garden. He was someone you enjoyed being with and could always depend on to listen and provide support. He looked on the positive side of things—you rarely heard him say anything negative about anyone. He was a generous and loving soul who always sought the best in people. He had an eye for design and could look at a blank canvas or a great old piece of furniture and envision endless possibilities. He also loved flea markets and tag sales and would take great pride in a good flea market find!. His creativity and imagination knew no bounds.

Michael and his husband loved to travel and spent many years exploring all corners of the globe. Whether it was exploring the geysers of Iceland, swimming with turtles and boogieing with blue-footed boobies in the Galapagos Islands, taking a train at Christmastime through Germany and Austria, cooking and dancing around Greece, or enjoying a relaxing on a riverboat cruise through Prague and Hungary, they surely loved adventure! Michael and Joe had an incredible, loving relationship for 36 years and were married in 2015. Together, they had a truly inspirational bond—you could see the love between them simply by how they looked at each other. We should all be so lucky.

Michael Bolling, a true friend to all, has left us—but how fortunate we are to have been blessed with his love for the short time he was with us on this earth. His joyful spirit lives on in our hearts forever. Michael, you will be deeply missed; we love you.

Donations in Michael’s memory can be made to the Arc of Northern Virginia, which benefits the intellectually challenged, or to a charity of your choice.