This headline is from Act 1 Scene 3 of Shakespeare’s Hamlet. It is also the underlying operating principle of Authentic Voices, LLC, a speech-language, gender-affirming, voice therapy practice for the trans and non-binary community.

Ryan Ellenbaum (she/her) and Samantha Klein (she/her) met in graduate school, at Temple University, which, as fate would have it, is one of the few schools that offered a class (note the singular) in gender affirming voice therapy. But that one class did have a clinic, and there, watching nonbinary folx come in and evolve into their own skin became as transformational for Ryan and Samantha as it was for the people having vocal training. Fast forward a few years, and a practice is born.

And how do they get there? 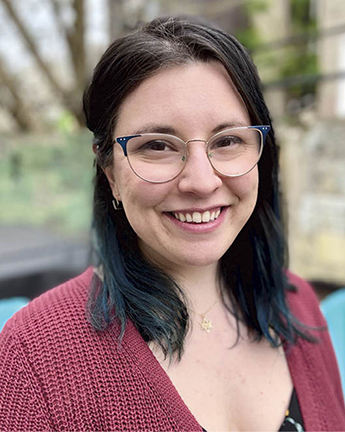 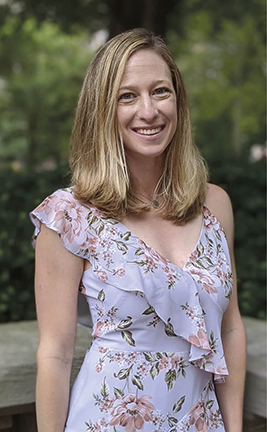 First up, setting goals, defining success, and yes, even adjusting expectations. Are you happy with how you sound? How feminine or masculine do you want to sound?

When someone thinks about changing their voice to sound more masculine or feminine, the first thing that usually comes to mind is raising or lowering their pitch (aka frequency).

Although pitch changes alone are unlikely to influence perceptions of speaker gender, many studies have been conducted to pinpoint exact pitch ranges for voices perceived as masculine, gender neutral, and feminine to unfamiliar listeners.

Now if you’re thinking well, why not just “pitch up” and be done, the answer is not so simple. Clients might wind up with more of a child’s voice than what is preferred. And while hormone therapy might give a transmasculine person a “step-down,” there is much to be done to make that hormone-induced voice authentic.

All of which leads us to resonance, which largely has to do with how a person shapes the sound of their voice using the lips, tongue, and other structures of the mouth. Generally speaking, cis-males have a “chestier” or darker sound quality, due to anatomically larger laryngeal and oral cavities. By contrast, cis-females have a more “forward-focused” or brighter resonance, as they tend to have laryngeal and oral cavities that are smaller.

Sound complicated? Let’s simplify and give it the old “HO-HO-HO.” We’ve all done Santa’s Ho Ho Ho…and we all get big and chesty to do it. Try it “smaller,” and it just won’t have the same effect. Resonance makes a difference.

Next there’s intonation, where, for example, speakers perceived as feminine might use a more upward intonation pattern. This is a quality which should be subtle, because an overuse might give you a “valley girl” effect. There’s also pragmatics, where gender expression can extend to what you say or how you say it. And finally, there’s non-verbal communication. Even when we’re not speaking, we’re communicating with our bodies; a constant messaging with our posture, hand gestures, eye contact, facial expressions, and even proximity to our conversation partners. Clients are asked, “Is this message in line with all your vision?”

Assessed, explained, let the work begin. It’s a process of thoughtful incremental changes, each evaluated, explored, practiced, and repeated, until muscle memory takes hold. Anyone who’s ever heard “you can take the kid out of the ____, but you can’t take the ____ out of the kid,” knows this isn’t easy. For gender non-conforming people, none of it is.

Not that many years ago, this field was in its infancy, and for most people who transitioned it was, at best, a tool to help them “pass.” Today, the field is growing at a speed which matches our burgeoning understanding of the spectrum of gender. Not everyone wants to be taken from A-Z. Some people would like to move a little left or right with a goal toward androgyny.
And in this emerging world, Samantha Klein and Ryan Ellenbaum share a takeaway that is upbeat and constant, a reflection of themselves—as in “to thine own self be true”—and be reflected in a healthy manner. Gender affirmation voice and communication therapy is for anyone who feels that their voice does not match their identity. Working together, with Authentic Voices or a practice like it, can help clients close that gap and find their best voice.

For those interested in learning more, you can reach out to Ryan and Samantha at authenticvoicesllc.com. ▼