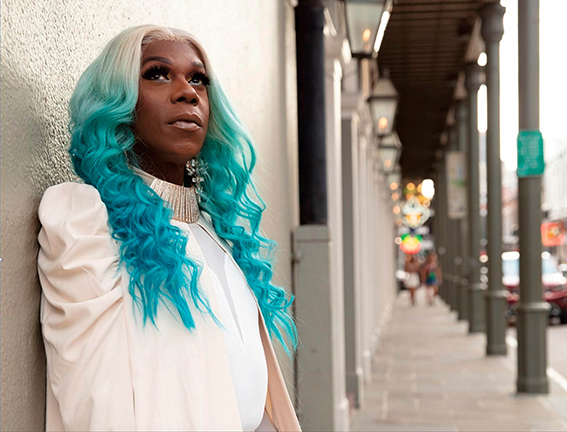 For Big Freedia, it’s a simple mantra that gets her through and she calls it “The Two P Solution”—prayer and pushing. Her mantra has helped rocket this New Orleans supernova into the stratosphere, with an important documentary, Freedia’s Got a Gun, and a paperback version of her stellar autobiography, God Save the Queen Diva.

Michael Cook: Right off the bat, we are all starting to see who is touring and who is not this summer, and we are hoping that a tour reuniting Ke$ha and Big Freedia is going to be on a roster somewhere!

Big Freedia: I know, I am so ready you hear me? I am just ready to get back on the road and do what I love to do. I love bringing joy, light, and love to people, and great energy. It has been a rough time; stuck inside so much. We rely a lot on touring and on touring income, it has been really rough this year. Hopefully things are about to start turning around…. 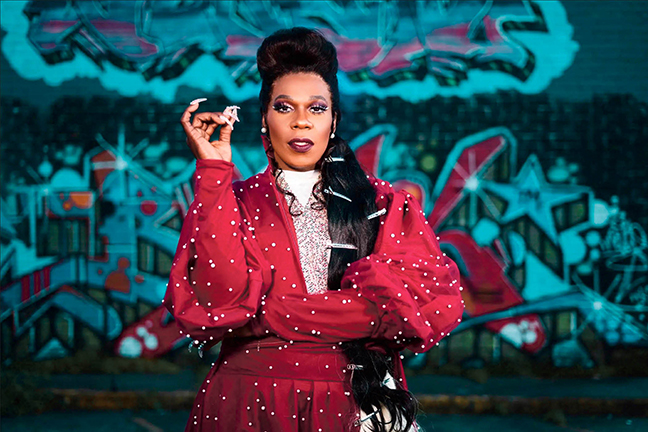 MC: Your book, God Save the Queen Diva, is extremely honest and raw, and while some of the details might be challenging to relive, you nonetheless are very truthful. Has Big Freedia always been someone who has lived in complete truth?

BF: I have. Honestly, just growing up as a kid, I had to live in my truth to get where I needed to get and to become who I am. As I was growing up, I was still trying to figure out who I was and was living in my truth. As time went on and I had my mom as my biggest supporter who embraced me and helped me to figure out who I was, I have been just living in my truth. I knew early that I was gay and once I decided to tell my mom and she had my back, I’ve continued to live in my truth. That is what really has given me the power to move forward in life.

MC: What is the one thing that you have done that your mother was absolutely floored and beyond proud that you’ve accomplished in your career?

BF: Honestly, when I switched over to bounce music, and when I stepped outside of New Orleans and started to travel the world, I think she was so proud to see me make these big accomplishments. Definitely seeing the journey of her child on Billboard, on my own television show, setting the Guinness World Record (for twerking, in 2013) she was there for all of those moments.

MC: You are almost single-handedly credited with bringing bounce music out of New Orleans and making it a truly mainstream style of music that has developed a fanbase of its own nationwide. How does it feel to be behind that musical cultural shift?

BF: It feels really great. Just being that all of my hard work has started to pay off and I can see the fruits of my labor. It feels really good to represent for New Orleans and for the culture of bounce music. It makes me proud of what I do and it makes me work harder at my craft. It has grown this far and I want to continue to make it grow. I continue to want it to grow even further, become even more mainstream and be on the charts.

MC: So many artists have utilized your artistry and your voice in their own material, but you have made it clear that you are going to be credited. What does it feel like to have artists like Ke$ha, RuPaul, and Beyonce be such massive Big Freedia fans and even more so, have them counted as collaborators?

BF: Well, when you have artists of this magnitude that are fans of yours, it is such a great feeling. I never even knew that they were listening to me, any of these people. To find this out, it was just a great feeling. It blows your mind and you are very appreciative, I know I am. It’s like…wow, they are really a fan of mine. I mean, I am a fan of theirs but to have them be a fan of yours and you come under them and you grew up listening to them…it is something big and something special. I am just forever grateful.

MC: One thing about your book was the honesty. Whether talking about police brutality or the death of your brother, you speak very openly and honestly about these topics. Is it important for you to continue to speak about issues like police brutality and gun violence until we see the change we need?

BF: Most definitely. My documentary, Freedia’s Got a Gun, is what it is about. So yes, these are things that I want to see help to make some type of change happen. It affects my community, around the world, and especially in Black communities. We are trying to bring awareness to our local and national leaders with what is going on with police brutality, the gun laws, and gun violence. These are things that are near and dear to my heart; I have been a victim of violence and my brother has been shot and killed due to this violence. I have seen many friends and family who have lost people due to violence here in New Orleans. That bothers me on so many different levels; I will continue to bring awareness to the situation.

MC: What message, mantra, or phrase do you live your life by?

BF: People will always ask me, how do I get through, what is my solution to certain situations. I have my own thing that I came up with and it’s called “The Two Ps”—prayer and pushing. I keep praying and I keep pushing; that’s it. I talk to God and get my strength that way and I keep pushing through any adversity that I have to face. The Two P Solution is always my go-to. ▼

Michael Cook has been a part-time resident of Rehoboth Beach for over a decade. He is currently a contributor to Instinct magazine, World of Wonder’s WOW Report, and South Florida Gay News. In between interviewing copious amounts of Real Housewives and RuPaul’s Drag Race queens, he has sat down for interviews with Liza Minnelli, Andy Cohen, RuPaul, Wendy Williams, and Debra Messing among others. Michael can be found on Instagram: instagram.com/cookie74/?hl=en.