State Representatives for a CDC national health study voted in April on whether to standardize data collection on sexual orientation and gender identity (SOGI). The Behavioral Risk Factor Surveillance Survey (BRFSS) is the nation's premier system of health-related telephone surveys that collect state data about US residents regarding their health-related risk behaviors, chronic health conditions, and use of preventive services. Collecting SOGI data helps communities understand what the important health issues are for LGBTQ communities and makes it possible to write successful proposals to help eliminate these health disparities.

More than 30 states currently collect this data. Delaware collected the information from 2015-2019. State BRFSS coordinators voted in April whether to make SOGI questions a standard part of the survey for all 50 states. Delaware voted against this proposal, which failed to pass. The Delaware BRFSS coordinator, Dale Goodine, cited financial concerns: “Delaware is supportive of the SOGI module as a continued ‘optional’ module, but will vote ‘no’ in moving it to the core without the provision of funding, and the risk of having to provide additional hard-to-come by funding, or even risk cutting sample size to compensate for added costs.”

It is unclear whether Delaware will add SOGI questions to their 2022 BRFSS Survey. Goodine stated: “There are many nuances associated with selection of BRFSS survey questions and modules. Annually, Delaware considers a variety of questions and/or modules to add to the survey. As always, there will be many competing factors to consider including priority areas such as COVID-19, food security, and family planning. Often, these priority areas come with funding to support inclusion of select modules and questions.”

Dr. Scout, Executive Director of the National LGBT Cancer Network, stated: “The states that do collect these data are building a never before seen world-class dataset that allows researchers to dive deep into health disparities experienced by trans people, by queer people of color, and more. These data are the first step in getting funding to fix our health disparities. So we heartily look forward to the day when we don’t have to beg to be counted.” ▼ 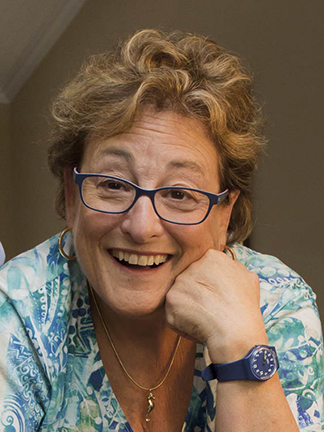 The Queer Queens of Qomedy are coming to the historic Milton Theatre on June 4 to be a part of Delaware Pride, and Fay Jacobs—former Letters editor, author, and CAMP Rehoboth legend—will join a host of queer comics on the bill.

Headlining will be the infamous New York comic Michele Balan, a finalist on Last Comic Standing, and a regular on Olivia Cruises. Her comedy is comprised of observational humor, one-liners, and life experiences. Think Henny Youngman meets Joan Rivers.

Fay will be the next and newest Queen to wear the crown. Calling herself the last comic sitting, she has performed her show, “Aging Gracelessly,” all over the east coast for the last six years. And she has new material for her debut with these comedy queens.

Queen number three, Poppy Champlin, is the ringleader and host of the show who is constantly changing her routines. She always adds a tune to keep folks laughing and tapping their toes. An added bonus guest is Ann Singleton, a fledgling comic who took Poppy’s online class and is now hitting the main stage. 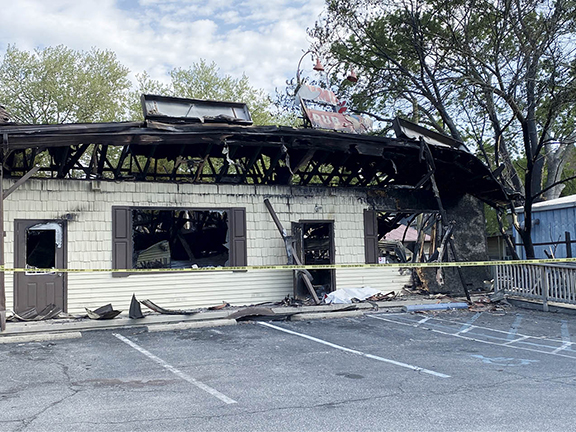 A fire at beloved LGBTQ watering hole Shrimpy’s Pub on May 1 caused $500,000 worth of damage. Shrimpy’s Pub was always a go-to spot for the community, who knew it first as Big Sissies, then The Swell. The cause of the fire is under investigation. ▼