Shaking the Gates of Heaven 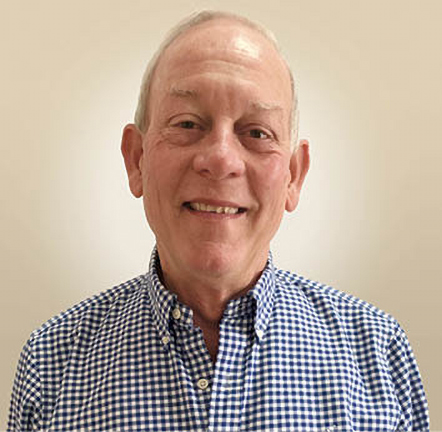 With apologies to two Johns, those being Wesley and Archibald, the title of a riveting book by John Archibald has been changed to highlight a new challenge. More on that later. John A. quoted John W., “Give me one hundred preachers who fear nothing but sin and desire nothing but God...such alone will shake the gates of hell.”

In the 290 pages of this biography/autobiography/narrative of the 1960s and 1970s civil rights movement, John Archibald shares the struggle of preachers, United Methodist and others, to address the elephant in the room. Along the way in this narrative, we learn about John’s childhood, the role his siblings played in his life, and the frustration he felt about his father’s preaching.

John was the last of four children born a son and grandson of Methodist preachers, raised in Alabama. For someone who was told by his religious father never to say “Gosh darn,” John eloquently uses the English language. Readers of John’s book, Shaking the Gates of Hell, will come to know and love this PK (preacher’s kid).

As difficult as his book is to put down, there is no single thread drawing the reader into this narrative. Rather, there are multiple ideas that weave a well-spun tale of love, laughter, bombings, and death. How all of them come together is part of the wonder of John Archibald’s Pulitzer Prize-winning writing.

This author shares tales of his family. Church campgrounds, unexpected pastoral appointments in new towns, brothers who hide babies in barrels, and funerals to keep alive the legacies of those who taught them to fly fish or respect all people everywhere. The barrel story features John’s oldest sibling, Murray. (You may have heard of him!) He was the director of a play in which then-infant John was placed in a barrel, unaware that he was portraying Baby New Year. Murray played the father, out to keep himself young forever by hiding John for good. “As long as I have the Baby New Year locked safely away in this barrel, I will remain young and beautiful forever!”  It was then that their actual father came up on stage and rescued John from certain demise from deep in the barrel.

As John tells it, “everything Murray has ever done has been a production.” Having witnessed the creation and demolition of numerous Sundance festivals in Rehoboth, there is no doubt that Murray’s creative juices still flow freely.

John shares tales of Martin Luther King, Jr., and the civil rights movement. One of King’s greatest frustrations was that white folk were not listening and speaking against the injustices played out in front of them each day. Per Archibald, “there are moments when you can say more in silence than you can ever say in words. There are other moments, though, when the world requires a voice.” Later, he admits that “most whites in the South did nothing. They looked away. Looked away. Looked away, Dixieland.”

John shares tales of bombings. “Most people think Birmingham got its nickname, ‘Bombingham,’ after four little girls were killed in an explosion.... But that’s not true. As many as forty bombs...exploded across the city between the end of World War II and the Sixteenth Street blast in 1963.” John would only learn more about this later in life, as school curriculum was as segregated as lunch counters, buses, and churches.

John shares tales of death. Those of his own father, Robert, his mother, Mary, and Murray’s husband, Steve, MLK, and Bobby Kennedy. If you want to know how obituaries should be written, read the ones John wrote for his parents and for Steve Elkins.

Above all, John writes about life and living in the midst of prejudice and violence. He relates being with Murray in Norfolk when his brother was publicly harassed. “Be a river rock,” [Murray] said. “Let everything else wash over you.” John reflects, “The river is a constant. It tells our stories as much as we tell them ourselves. It is life and death and beauty and grime and truth. Ugly, dirty, beautiful persistent truth.”

Near the book’s end, John writes, “Life is arbitrary, and random, and requires a sense of purpose just to take the good with the bad, and the bad with the good. It’s not fair. It is not heaven. But I’m convinced one often follows the other, and for some reason that gives me hope.” Let hope abound as we shake the gates of heaven. ▼

David Garrett, a CAMP Rehoboth Board member, is a straight advocate for equality and inclusion. He is also the proud father of an adult trans daughter. Email David Garrett at dlgarrett4rb@gmail.com.