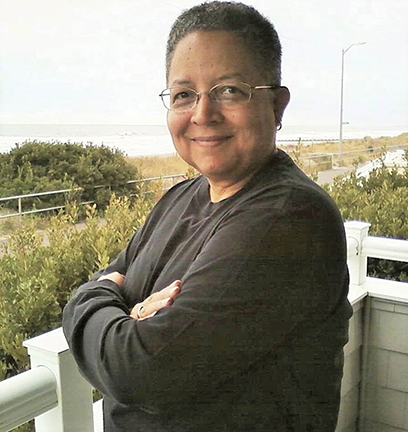 A Grave State of Being

One afternoon eons ago, my adolescent self arrived at my dentist’s office and buckled up for a routine examination. The dentist began his twice-a-year probe, then paused and launched into a lecture lauding the many benefits of the Pritikin Plan Diet. He credited the fat- and cholesterol-free regimen with banishing all the symptoms of heart disease that had begun paying him visits.

In the midst of evaluating each of my pearly whites, he posed a question.

“Do you know why Black people have such a high rate of hypertension and cardiovascular illness?”

I didn’t attempt to respond because my mouth was filled with the hydrator, a couple of those log-shaped absorbent mini-pillows, and the little vacuum that periodically sounds like it’s snoring as it sucks up the liquid from the hydrator.

No matter. He knew the answer.

“It’s dietary,” he stated. “They eat too many fried foods.”

Two thoughts struck me as I willed my right eyebrow into an arch of skepticism.

First, why did he say they to my brown face? Was it his attempt to sound less accusatory by separating me from everyone else in my race? Second, my mother never fried anything. She always prepared and served us healthy, balanced meals. She modeled a nutritional habit which I practice to this very day. Sure, she always provided us dessert, and certainly I practice that every day as well. But she did not fry meat, vegetables, fish, eggs, bread. Nada.

Geneticists propose that our enslaved ancestors’ physical and emotional defenses to the inhumane conditions of the middle passage and enslavement caused changes in our DNA. These changes, one of which is the body’s tendency to store sodium, have been passed on from one generation to the next.

A few springs after my enlightening dental visit, the Rev. Martin Luther King, Jr. was assassinated. The sorrow I felt as I watched his televised funeral and the anger that arose within me as I watched the coverage of cities on fire brought me a flash of insight. I realized why so many of us experience cardiovascular issues and why some of us begin our journey to heart disease before we’ve entered adulthood. I realized that some of our bodies give in to hypertension as the price we pay to approach normalcy in a world where we are not treated as normal. That is decidedly not normal.

Renée Bess is the author of five novels and the co-story collector of the GCLS 2019 award-winning anthology, Our Happy Hours: LGBT Voices from the Gay Bars. She is one of four recipients of the 2019 Alice B. Readers Award. Her newest book, Between a Rock and a Soft Place, was selected as February 2021’s Book of the Month by “I Heart Lesfic.” See more at: reneebess.com.