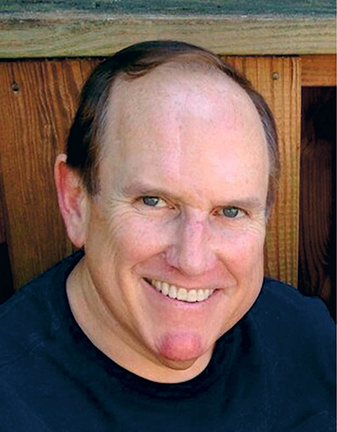 Terry Blackney, age 63, formerly of Wilmington, passed away on April 25, 2021. He was born in West Palm Beach, Florida, and was the son of the late F. Neale and Marita Blackney. He graduated from Claymont High School in 1975 and attended the University of Delaware.

He is survived by his siblings, Pattie Painter, Brian (Nancy), Kevin (Barbara Kraus-Blackney) and Colleen; sisters-in-law, Donna, Barbara, and Kathy, as well as many nieces, nephews, extended family, and friends who were like family. Terry was preceded in death by his beloved partner, John Samoluk; his brothers, Richard, Michael, David, and Jeffrey; brother-in-law, Tom Painter; and his nephew, David Kevin Blackney.

Terry enjoyed working at ICI Americas/Astra Zeneca for 38 years in the animal research department. After retirement he moved to Rehoboth Beach and joined the team at Signarama.
He will be remembered for his kind-heartedness, his ever-present welcoming personality, his hearty laugh and room-filling smile, and never-ending generous spirit. For Terry, life was all about Family, Friends, and Fun whether in “Wilmo” or the hot spots of Rehoboth, especially Murphs and The Pond. He cherished his Irish heritage; our “Danny Boy” loved everything Irish, and was Irish to the core.

In memory of Terry, call a friend, pet a dog, hug a family member, or enjoy a meal or drink with someone you love. Terry would love that! ▼ 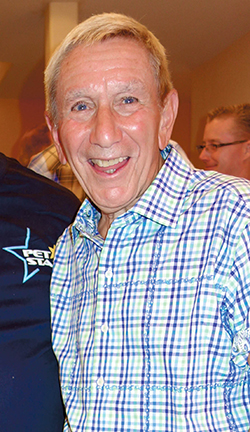 On Sunday, April 18, 2021, Richard “Richie” Pagnotta passed away suddenly at his home in Rehoboth Beach. Richie was born September 14, 1947 to Rocco and Rose (Rainero) Pagnotta in New York City, where he grew up and later attended Hofstra University.

During his 20s, Richie relocated to Washington, DC, where he worked as a human resources manager and met his life partner and husband of 42 years, William “Bill” Snow. Richie and Bill enjoyed spending weekends and holidays in Rehoboth and after retiring in 2009, moved permanently into their Rehoboth home.

In addition to his husband, Richie is survived by his sister, Lin Pagnotta, of Rehoboth Beach, several cousins, and a myriad of loving friends, all of whom will miss him greatly.
In lieu of flowers, memorial contributions in Richie’s name may be made to CAMP Rehoboth, 37 Baltimore Avenue, Rehoboth Beach, DE 19971.

Interment will be private. Any planned celebration of life will be announced by the family at a later date. ▼