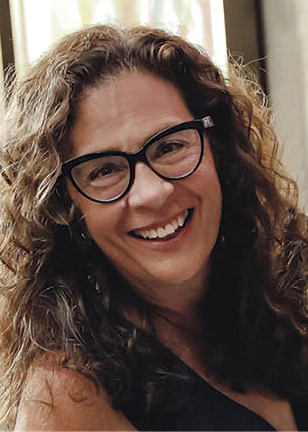 Sometimes columns are clean and linear, simple from start to finish. Other columns, let’s just say they meander a bit, slowly building to what a writer prays will be a rocking crescendo. And today, that prayer might be answered, as this is being typed on what is known in Judaism as the (pause for dramatic effect) Days of Awe.

And while it’s an imposing moniker, for readers of other beliefs it remains much less known than its bookends, Rosh Hashanah (the New Year) and Yom Kippur (the Day of Atonement).
The Days of Awe is the 10-day period between those two and is so-named because we have an awesome burden, individually and collectively, to atone for our misdeeds, to make peace with our brothers and sisters, and then to face God’s judgment.

And atonement, if we’re all honest, is pretty tricky right now. I’m not so sure there’s been anybody living through our turbulent times who hasn’t sinned, once…or thrice.
But since we’re not all storming the local synagogue, elbowing for a repentance slot, what can we do?

In Affinity Numerology, the number 18 speaks to humanitarianism, independence, and building something of lasting benefit. Its very essence is the welfare of humanity.

A Call to Action…
What if we lift everybody up through an act of charity, through tzedakah (in Hebrew, the word used for charity, tzedakah, is also the word meaning righteousness), leaning into the number 18, life, to lead the way.

We are so fortunate, so blessed, to live in our town. And while honestly, I’ll probably be among those who will be back atoning next year, I’d like to think it can be with a better-balanced scale. A little less atone, a little more tzedak.

We in Rehoboth (Lewes, DC, New Jersey, Pennsylvania…) should nurture a Movement of 18. I suggest giving donations in amounts of 18 to charities that are specifically not political but are humanitarian (or knowing my deep love of the Brandywine Valley SPCA, dogitarian). I say let’s take a moment to lift each other up.

Did I hear you say you have $36—double Chai! Twice the Life. And about that $1,800 you have an itch to give—I know CAMP Rehoboth would love to chat about how many services you will empower.

This Movement Is the Mission…
Not everyone remembers CAMP Rehoboth stands for Create a More Positive Rehoboth. We have done that. And we’re not the only ones.…

BVSPCA was busy rescuing planeloads of pets from Hurricane Ida, which thankfully did not wreak havoc here. According to the Talmud (Sanhedrin 37a) “Whoever saves a single life is considered to have saved the whole world.” So if you adopt a pet from BVSPCA you actually save two lives—the one you brought home, and the bed you opened up for another. Come to think of it, maybe you save three—if you count your own….

As I typed, Dale Dunning over at Jusst Sooup ladled near 100 bowls of soup to those who need a hot meal and a warm touch. And winter is still months away!

At Epworth Church, working with the Good Samaritan Ministry and their Food Rescue Ministry, over 900 bags of groceries are given to local people in need of food. (The Food Rescue folks “rescue” food that’s been pulled from the shelves of local restaurants and stores. In 2019, Wawa and Panera and Surf Bagel and Weis and Giant and so many others donated almost 211,500 pounds of food—all of which was put to very good use!)

So, let’s make our own Days of Awe. For ourselves and for our community. Let’s say we’re sorry by lifting each other up, 18 at a time!
#18isLife. ▼