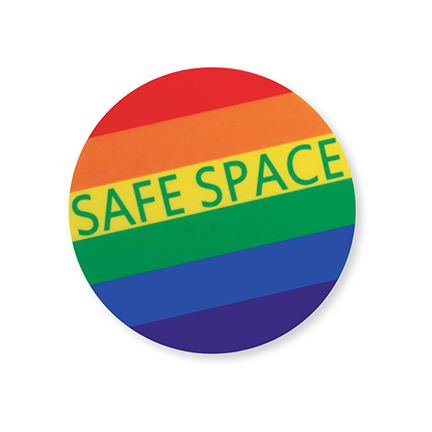 Abraham Maslow outlined basic human needs in his 1943 treatise. We commonly examine these needs in the symbol of a pyramid, each need resting upon those more foundational to the other. While Maslow himself never used the pyramid imagery, it helps us understand how the various needs interrelate. Primary among human needs is physiological (food and clothing), followed by safety, belonging and love, self-esteem, and self-actualization. There is no defined progression from one to the next, but it is of great importance that one builds on the other.

Safety needs are vital to all of us. When someone loses their job unexpectedly, faces an eviction notice, or is the target of sexual or child abuse, their sense of safety in the world disappears. In the aftermath of recent mass shootings across our country, people’s sense of safety is being reexamined. It is becoming more stressful to go to public places and feel safe.

Whether it is one’s place of worship, movie theaters, retail stores, public schools, or the local grocery store, it has become clear that we cannot take our personal safety for granted on any given day.

The shooting at Club Q has shaken the LGBTQ community to its core. Several CNN reporters wrote recently that “days after the mass shooting at Club Q, the LGBTQ community in Colorado Springs is not only grieving the loss of friends’ lives. They are also mourning the violent assault on what many call their home, their safe space. Club Q was more than a fun night out.... [It] was one of the few spaces in the city where LGBTQ community members could feel safe being themselves. Until recently, Club Q was the only LGBTQ club in a city with a reputation of being a conservative stronghold and a history of being anti-gay.”

Interviews with various people who frequent Club Q highlight the sense of safety and belonging invaded by this shooter. Jewels Parks, a local drag queen, shared, “Because of Club Q, we’re able to make friends that turn into family and be accepted for our true selves. The LGBTQIA+ community has undergone so much bigotry and hatred already. To have our safe space ripped from us and to lose members of our community, is a whole other type of hurt.”

Cole Danielson, who recently celebrated his marriage with his wife at Club Q, stated, “This space is really the only place in Colorado Springs that the LGBTQ+ community can get together and be ourselves. Our safety as queer people is now questioned. I’m scared to be myself as a trans man in this community.”

This shooting is more than one more statistic. It is a brutal interruption to people’s sense of safety, whether LGBTQ+ or not. Where are our safe places anymore? Are there any left to find? With the zealous devotion to the Second Amendment by so many in this country, and with the money spigot from the gun lobby, there are few hopes for further sensible gun legislation.

LGBTQ+ bars and clubs are beginning to take precautions in how they operate and handle the general public. The Rail, located in San Diego, is now utilizing a security wand for everyone who enters. Wesley Bullen, General Manager at The Rail, said, “It’s unfortunate [that we have to do this], but it’s definitely something that we want to keep our patrons, our staff [safe]. Our number one priority is safety.”

It was not that long ago that the Pulse nightclub in Orlando was the site of its own tragic shooting. Forty-nine people were fatally shot that night in June 2016. Though six and a half years have passed, the loss of the sense of safety in a public setting has remained for many in the queer community. If we cannot trust getting through the day without facing threats such as these, we must take steps similar to those of The Rail to reduce any chances that it will happen here.

In this season of holiday cheer and family gatherings (whether they be blood family, or ones created out of necessity or choice), let’s all band together, loving one another and keeping vigilant regarding safe spaces for all. ▼