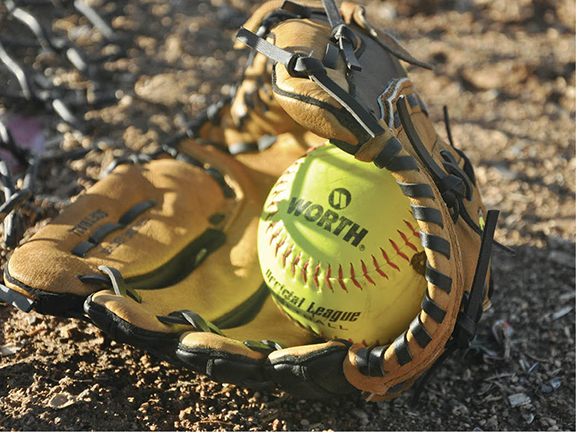 It’s the swing of the bat, the thrill of a soaring line drive, and the dramatic double play that keeps many women coming back every summer to the diamonds of the Rehoboth Little League for hotly contested and highly competitive softball games.

When senior women’s softball organized many years ago in central Sussex County at Sports at the Beach, two teams attracted women over 50. Over the years they became the catalyst for softball players of all walks of life to recapture the love of the game.

Maureen Moore of Greenwood, Delaware, was one of the first players to join the Alley Cats in 2006. Though many years had passed since she played softball for the Beebe Medical Center in the 1980s, she was eager to run the bases and catch a ball just the same. The second team was the Delaware Diamonds, also made up of many working professionals and women with softball pedigrees. The teams would scrimmage and play against teams from New Castle County.

As the word spread about organized softball for women who may have “retired” from competitive softball, native, long-time, and new Delaware residents eagerly founded teams and added to the overflowing rosters. With creative team names like SeaGals, founded my Marcia Howe, who coached girls little league in New Castle County, and Blue Herons, reigning 2021 Delaware Senior Olympics Gold Medal team, the league has been thriving for nearly a decade.

All women who meet the age requirement (45, dropped down from 50) are always welcome to join. The lower age requirement was meant to the expand the rosters and encourage diversity and competition. Team members travel across Delaware—and Delmarva—for two hours of camaraderie and to satisfy their love of the slow pitch game. Several teams from the Rehoboth Women’s Senior Softball League fill the diamonds weekly on Tuesdays. And there is no shortage of hot plays and home runs in slow pitch play.

The Delaware Senior Olympics has been host to annual slow pitch softball tournaments for many years. It has led the initiative to bring in squads from Maryland and Connecticut to challenge the Delaware teams to the very best of senior women’s softball. The SeaGals, Blue Herons, and Rebels (full disclosure: I play on the Rebels) have been fixtures in the state tournaments and have consistently—though not at all surprisingly—defeated these tournament teams. The program awards winning teams with a Delaware championship gold or silver medal.

The summer season of 2019, the Rebels produced a mighty squad and won three out of four games with a hybrid team of women from several teams.

The state tournaments across the United States are designed as qualifiers for the US Senior Olympics. This month, the Blue Herons and Rebels will be competing in the national program in Florida. No doubt, there will be big softball news in Delaware very soon.

Though many tournament teams have been playing together for decades—some since collegiate softball—and sport All-American softball pedigrees, our Delaware teams have formidable defense and offense equal to if not greater than many teams.

With the energy of competitive slow pitch softball and many cheering fans on hot (and often steamy) summer evenings, the Rehoboth Little League diamonds are the home for women’s softball—for the love, and the thrill, of the game. ▼

JuneRose (aka JR) Futcher is a native of Delaware, a lifelong sailor and certified private sailing instructor, an award-winning photographer, and a community and arts activist