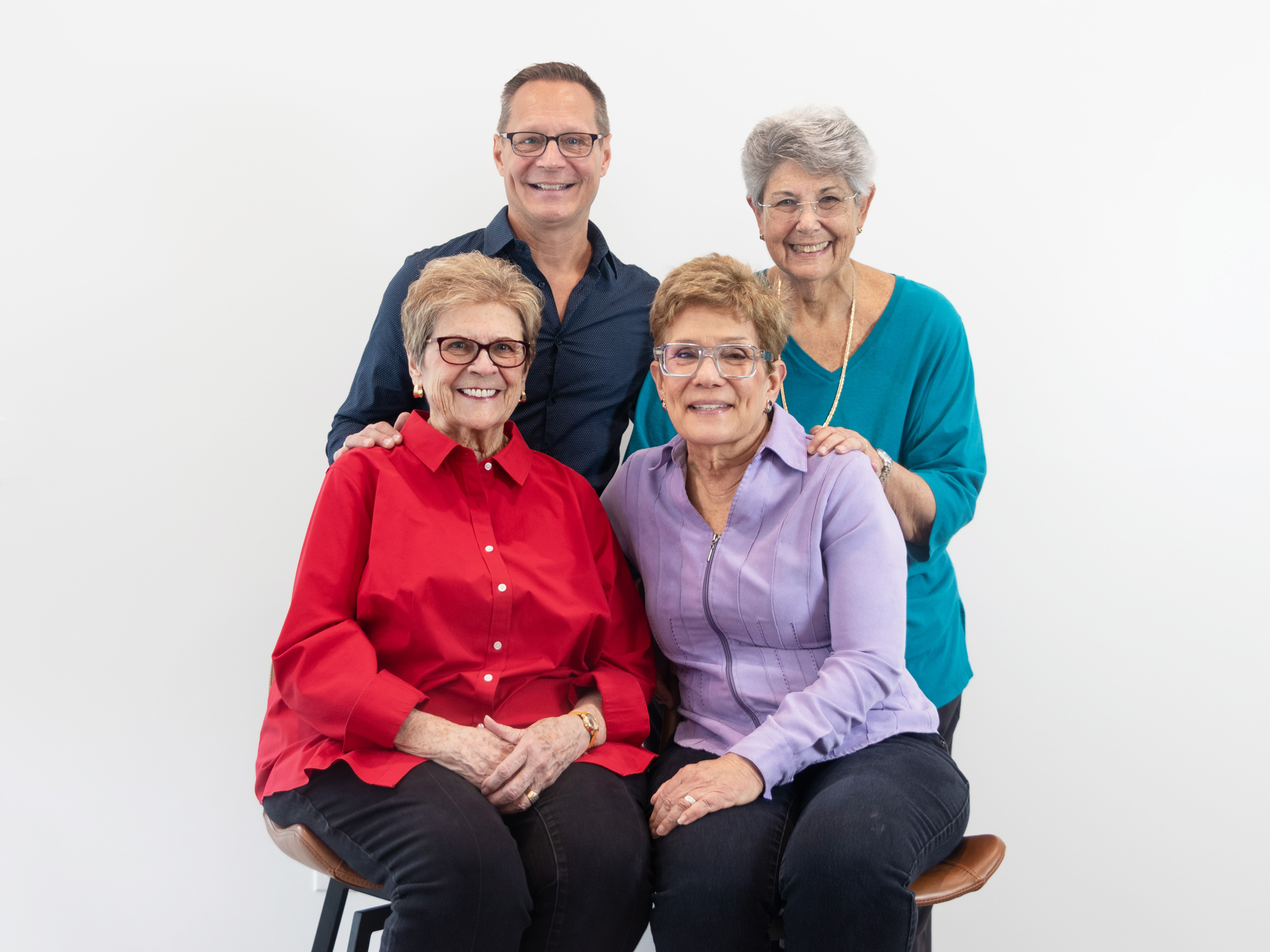 A Collective Lifetime of Volunteering

The history of volunteering in the United States goes back to the founding of the first volunteer fire station by Benjamin Franklin in the 1700s. Tennessee has been the Volunteer State since the Mexican War, when a call for 2,800 volunteers brought out 30,000 men.

CAMP Rehoboth volunteers don’t have quite the same pedigree; they are neither firefighters nor cavalry. But volunteers have a huge impact on the health and wellbeing of our community. These four outgoing Board members have served CAMP Rehoboth for a collective 70 years. They have had the will and desire to serve, and the passion and love it takes to devote themselves to a very special cause. 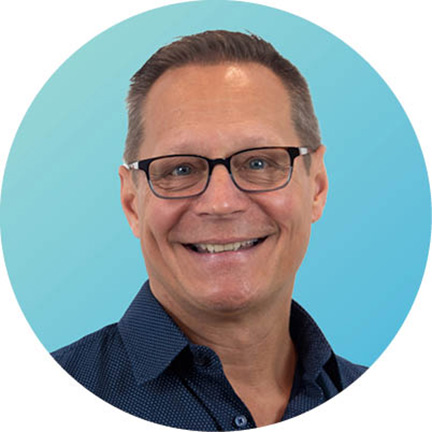 Chris earned a BA in sociology from Bloomsburg University and a master’s degree in hospitality from Penn State, where he met his future husband, Eric Engelhart. (“He’s the wind beneath my wings,” says Chris.) They just celebrated their 33-year anniversary.

Chris and Eric came to Rehoboth as a couple in 2003, became full-time residents in 2006, and never looked back. First “officially” joined as a civil union, they later became the first same-sex couple to get married in Sussex County.

Chris wanted to serve on the Board in order to give back to CAMP Rehoboth, its allies, and the community. He attended functions (e.g., Sundance, with its online auctions, music, sports, live auctions, dances, award-winning Broadway performers, and more) and became a volunteer. He had a passion for CAMP Rehoboth that continues to this day. He set a goal for getting younger generations involved—“Attract, Engage, Retain”—through fundraisers and programs.

Chris has served 13 years on the Board; he considers it the greatest honor of his life to have served four years as CAMP Rehoboth Board President. He has loved playing such a significant role in the growth of the organization and considers himself very lucky to have had the incredible Steve Elkins and Murray Archibald as friends and mentors.

Chris has been proud to take a part in activities such as fundraising and advocacy. He has been an integral part of the Sundance 5K and founded the annual Block Party. Along with Murray, he designed and coordinated the Christmas parade.

Chris believes that the arrival of younger staff and volunteers is vital to the health of the organization, as they bring their own passions to sustain CAMP Rehoboth and help to assure it remains relevant. He feels the effort to engage oncoming generations should be a huge part of the new strategic plan. The pandemic brought unprecedented challenges to the organization, but CAMP Rehoboth still works to continue Steve and Murray’s legacy, meanwhile passing the torch to an infusion of new volunteers. 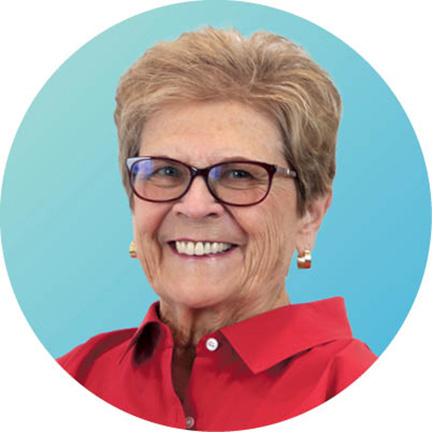 Jane Blue was born and raised in New Brunswick, New Jersey. She studied business administration at Rutgers while starting a career in the pharmaceutical business. She enjoyed a 42-year career at Bristol-Myers Squibb, retiring as the operations manager for their clinical testing facility in Princeton.

Within a year of retirement, she visited friends living in Rehoboth Beach and never left. She and her partner built a home and put down roots “in this wonderful LGBTQ+ community.” Living an “out life” was nothing she had ever experienced. A simple “will you help me out staffing a bar for a fundraiser?” was the start of her volunteerism and many wonderful friendships.

In 2003, the inimitable Steve Elkins suggested she become chair of the Splash Dance in 2005 and 2006. This led her to learning about the activities that CAMP Rehoboth had to offer and was the beginning of her long-time service to CAMP Rehoboth.

Some of Jane’s volunteering activities include the Volunteer Development Committee, Board Vice President, and Sundance Food Team Captain for many years. Her longest stint has been with the Membership Committee, where she served for several years and has been chair since 2014. The committee has successfully provided a steady stream of financial support to help CAMP Rehoboth maintain its many programs, its advocacy work, its outreach, and its health and wellness work. The committee’s success has brought Jane great satisfaction.

What most excites Jane about CAMP Rehoboth’s future is how strong the organization is, coming out of the pandemic! The organization is making strides toward developing a new strategic plan while simultaneously searching for a new Executive Director.

She loves this great organization and all that it does for the community. She hopes to continue to help draw people to 37 Baltimore Avenue, where they will be greeted with warmth and love—just as she was, almost 20 years ago. 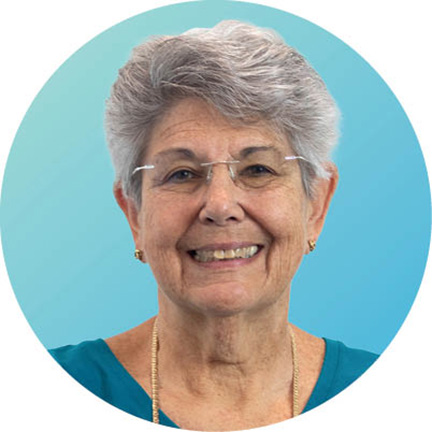 Imagine being lucky enough to have a benevolent (volunteer!) CPA watching over your books for over 30 years, relieving you of the job of making sure things are done right, or teaching CAMP Rehoboth newcomers the financial ropes. Well, CAMP Rehoboth is that lucky: Natalie Moss is in the house!

Natalie is a CPA trying to retire. She attended the University of Maryland, studying accounting and business. She has been a tax preparer, a business owner, a bookkeeper, and a 31-year volunteer for CAMP Rehoboth, first as bookkeeper, then as Treasurer.

Prior to her volunteerism at CAMP Rehoboth, Natalie lived in the DC suburbs and spent 14 years as a buyer and merchandizer. Then she opened an ice cream shop. She sold it after 11 years in the business to be a bookkeeper and tax preparer.

Natalie sold her house and spent a summer in Rehoboth with six other people, enjoying a great summer. She then moved to Eagles Landing with Evelyn (her wife of 30 years), and eventually built a house in 2002.

Natalie believed in Rehoboth’s spirit from the start. It was Natalie’s hope, as it was for many people in the gay community, to make the community meld into one during her time as a volunteer.

She has been more than Treasurer in her time at CAMP Rehoboth. More than 30 years of bookkeeping has meant working on mortgage loans, the 501(c)3 designation, working with lots of volunteers, and financially overseeing the many repairs to the CAMP Rehoboth building (e.g., ADA compliance). Working on these campaigns opened doors and lead to many good friendships.

To Natalie, the duties of a volunteer include staying friendly and welcoming. Passion and love for what CAMP Rehoboth is doing will keep volunteering a focus for the organization—an organization can never have too many volunteers! Meanwhile, Natalie knows CAMP Rehoboth needs to change with the times.

Those who work with Natalie know her to be honest and sincere; she is someone who works hard to keep CAMP Rehoboth strong. She thinks the organization needs more people—passionate people—to help it grow. Perhaps people like Natalie Moss? 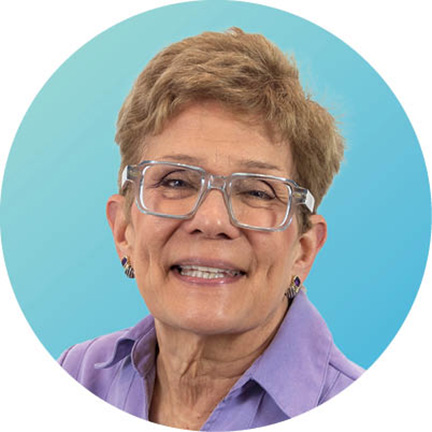 Leslie studied psychology at the University of Connecticut before moving to San Francisco. While there, she witnessed many defining LGBTQ+ moments, from the early days of the AIDS crisis to the assassinations of George Moscone and Harvey Milk. She spent her 22-year career at Visa. She retired from Visa and moved to Northern Virginia. She is retired, but isn’t defined by her retirement.

Leslie has many passions, such as travel and the outdoors. But most important to her CAMP Rehoboth life: she is passionate about supporting her community.

In 2008, Leslie and her wife Debbie bought a condominium in Rehoboth. It took very little time for them to decide to stay in this vibrant community. They built a house in 2009, and settled in.

Leslie is an at-large member of the Board, and its former Vice-President. Then, as now, she wanted to make a difference and contribute to the overall future of CAMP Rehoboth.

This long-time volunteer is excited about CAMP Rehoboth’s future. She feels lessons learned during COVID have made a difference to the community and to CAMP Rehoboth. Leslie sees a renewed focus on our community priorities, and a bright future ahead, with good leadership and new strategic planning.

So, what has brought Leslie the most satisfaction as a Board member? First, she is proud of her grants work. Second, while she has been a volunteer, things have gotten (or are getting) fixed—big, structural things, like a new roof, windows, and doors. Also, Leslie is passionate about the arts. She derives great satisfaction from witnessing CAMP Rehoboth’s contributions to the arts scene: art shows, the CAMP Rehoboth Chorus, and occasional plays—CAMP has it all!

Leslie encourages others to see the enormous value CAMP Rehoboth offers the community. She sees the sense of community, the participation in events, and the focus on wellness as key to attracting and retaining volunteers and members.