Dr. Aimee Wiest, who passed away Saturday, January 8, 2022, was born March 8, 1940, to Harry and Faith Wiest. She earned a bachelor’s degree from Grove City College, Pennsylvania; a master’s degree from Morgan State University, Baltimore, Maryland; and a PhD in English Literature and African American Studies from the University of Maryland.

After a 35-year career as a high school English teacher at Severna Park High School in Maryland, she worked as an adjunct professor of African American Literature at the University of Maryland, Notre Dame University in Baltimore, and Delaware State University in Dover and Georgetown. But to describe her simply an educator would diminish all she brought to the classroom. Her lessons were infused with the essence of who she was—words, music, social justice, spirituality, and poetry.

Though she never had formal piano lessons, Dr. Wiest played whenever the opportunity arose, at venues that included the churches she attended, private house parties, weddings, and public events. But her greatest joy was playing in restaurants and bars where she always succeeded in getting diners and guests to sing along while she played. For many years, she played piano at Nordstrom Department Store in the Annapolis Mall, where her many students would gather around the piano to sing and entertain the shoppers. She liked all music, from jazz to rap, blues, gospel, and opera.

Dr. Wiest was active in several community groups. She belonged to four book groups, including the St. Peter’s Church book group, the Wolfe Pointe book group, the Natural Selections book group, and the Southern Delaware Alliance for Racial Justice Book Club, which she founded and led for several years. She helped to produce and participated in the Black Poetry Events held by SDARJ.

Dr. Wiest also was a teacher of Black literature, poetry, and history at the Osher Lifelong Learning Institute in Lewes. She invariably responded to every request for teaching or entertaining, as she believed that individuals are obligated to share their knowledge and talents with others.

“Dr. Wiest was a cherished member of our community writ large,” said CAMP Rehoboth’s Board of Directors Vice President Leslie Ledogar. “May her memory serve as a beacon of light that will forever guide us on our personal paths to being the better angels of ourselves.”

Dr. Wiest is survived by her spouse and partner of 45 years, Charlotte King, of Lewes; a stepdaughter, Rachel King, of Chicago; a sister, Sally Bergeron of Phoenix, Arizona; two nieces, Alice Gregg and Sidney Besania; one nephew, Lt. Col. US Army Phillip Bergeron; and seven great-nieces and -nephews.

A memorial service and celebration of life will be held in March 2022. 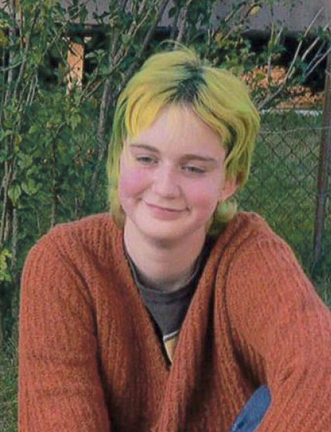 On December 15, 2021, Axel Rain Morris peacefully passed away after a long, courageous battle with lymphoma.

Axel was born on February 14, 2005, in Milford, Delaware, to Glenn and Candice Morris. He attended Milford High School and was in the tenth grade. Axel enjoyed reading, music, and the arts, especially dancing and fashion.

He is survived by his mother, Candice Morris, and her partner, Robert Turner Jr.; his father, Glenn Morris Jr.; His sister, Emerald Morris; his step-sister, Jaelin Turner; his grandparents, Richard and Denise Vican, and Joe and Teresa Morris; his aunts, Dawn Powell and Jennifer (Tor) Hazzard; and his partner, Leo Elkey.

Visitation was held at Rogers Funeral Home, Milford, on December 28, 2021; interment was private.

In lieu of flowers, donations in Axel’s name may be made to CAMP Rehoboth, at camprehoboth.com or 37 Baltimore Avenue, Rehoboth Beach, Delaware 19971; the ColeStrong Foundation, colestrongfoundation.com; or Nemours Center for Cancer and Blood Disorders, 1600 Rockland Road, Shands House, Wilmington, Delaware 19803. ▼