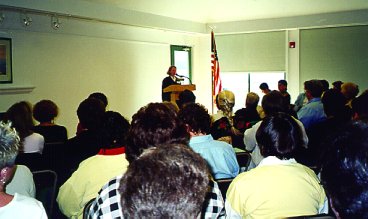 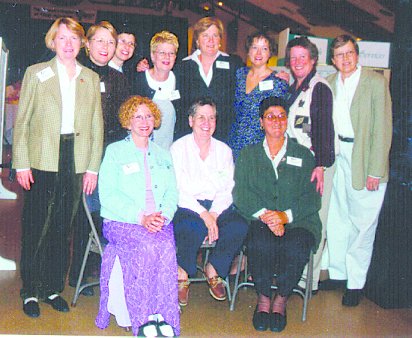 A Look Back at CAMP Rehoboth's Women's FEST

It started at the turn of the millennium, as CAMP Rehoboth eyed expansion of its community center and programs.

A small group of women, the CAMP Rehoboth Women’s Project, put together a half-day event in April 2001. This Women’s Conference hosted speakers addressing topics such as health, financial planning, and legal protection for lesbian couples banned from legal marriages. The morning conference, upstairs at the Rehoboth Library, was a sell-out at 75 women.

The more things change, the more they stay the same! Only bigger and better.

Still called a conference, it welcomed nationally-known entertainers to the mix, starting with 70s activist and musical icon Margie Adam.

And the next year came the name change: Women’s Weekend headlined comic Suzanne Westenhoefer, Olivia Records legend Teresa Trull, and more diverse workshops. Two-step anyone? Relationship issues? By this time, local restaurants got into the act with headliners of their own, and it was one big women’s party all weekend.

By 2004 word had gotten out! Women arrived from down South, up North and everywhere in between. Hotels and B&Bs got involved as the legendary Cris Williamson performed and Cloud 9 started a grand tradition with a tea dance that had the place bursting at the seams. If you wanted financial, health and legal information it was there for the taking, but there was so much more, including laughter, dancing, and friendships old and new.

As word continued to spread, iconic entertainers like comics Kate Clinton, Vickie Shaw, Michele Balin and Karen Williams appeared along with singer Suede and the legendary Holly Near. A golf outing was added along with Olivia Travel as a sponsor. In fact, many wonderful local businesses and partnerships wanted to get in on the action as the sponsor list grew, enabling the Women’s Weekend to grow as well. There were now Women’s Weekend t-shirts and art shows and so much more.

We were on a roll by 2008 and 9 as the new wing of the CAMP Rehoboth Community Center was built and women converged downtown for the now-famous April weekend. Olivia Travel’s generous donation of an all-inclusive trip to be auctioned on the weekend’s Friday night created a huge buzz. Hundreds and hundreds of women attended workshops, parties, golf, poker games, book signings, trivia, karaoke, downtown walking tours, educational workshops and fun.

And then it became a FEST!

The 10th Anniversary in 2010 brought a name change again plus new partnerships that sent the event skyward. Now it was Women’s FEST, with a FEST pass for events, Olivia as a presenting sponsor and collaboration with Ladies 2000, the famed Philly promoters, bringing one of their fantastic dance parties to town.

Thursday night became Locals Night, with happy hours and parties, Friday events like biking, walking tours, and photo/art shows really took off. Saturday saw the excitement ratcheted up with breakout sessions with yes, legal and medical advice, but also Bartending 101, Cooking, Professional Golf Tips, Poker Tips, Swing Dance…and a long list of other challenging and enjoyable seminars. In fact, that year we coined the word FEMinars—and they were mobbed!

A decade in the making, by 2011 the CAMP Rehoboth Women’s FEST was now the largest women’s event in the mid-Atlantic. That year, along with the entertainment, tea dance and other signature activities, Women’s FEST included the regional premier of the one-woman show—the Kick-Ass Wit of Molly Ivins.

And, a new Sunday morning tradition dawned, with a partnership with the Delaware Breast Cancer Coalition for the Broadwalk on the Boardwalk—a walk to help fight breast cancer and to honor those affected by it. Hundreds walked that first year and launched a new era at the FEST.

In conjunction with national advances in LGBT rights, specifically the lifting of the ban on gay and lesbian service members, the 2012 FEST welcomed special guest Col. Grethe Cammermeyer. Instrumental in the lifting of the military’s Don’t Ask, Don’t Tell policy, Cammermeyer appeared at a special FEST reception on Thursday night and hosted a Saturday Q&A after the showing of the film Serving in Silence, starring Glenn Close, based on Cammermeyer’s book of the same name.

Comic Suzanne Westenhoefer returned for her second gig at this now gigantic FEST and was joined by comedienne Poppy Champlin who not only performed at CAMP, but hosted a stand-up comedy workshop. The FEST rocked!

Okay, 2013 brought drama. A new Thursday Welcome Party at the Atlantic Sands with music by Viki Dee was a smash! The Broadwalk hosted a sea of women in pink, our EXPO of vendors expanded, and the workshops were super successful. Great.

But…out and proud country singer Chely Wright, pregnant with twins, was to be our headliner. Unfortunately, her doctor put her on bed rest a week before the FEST and the FEST committee panicked! But our friend, comic Kate Clinton, shuffled her schedule and bailed us out big time. Her show was amazing, the FEST was a huge success, and Chely’s twins were born happy and healthy!

Making good on her earlier promise, Chely Wright performed to a packed house for the 2014 FEST, which now brought thousands of women to town for the April tradition. The Broadwalk was bigger than ever, honoring not only breast cancer patients and survivors, but those touched by all cancers; Bywater Books brought nationally known author Ellen Hart to town for a book signing and workshop; events took place all over town, and sponsors flocked to be a part of the action.

The rest, as they say, is herstory. You can dance, dine, laugh, learn, and have a blast in April in Rehoboth. The FEST committee is much larger now; the budget, too. But the cost to attendees is still low, and the numbers of women in town for the event have exploded. The roster of events is enormous.