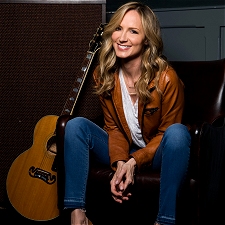 Chely Wright rose to fame as a commercial country singer in the 90’s, and has since released eight studio albums and charted more than 15 singles on the Billboard charts. The Academy of Country Music named Wright "Top New Female Vocalist of 1995." Her first hit came in 1997 with “Shut Up and Drive” followed two years later by her first number one single, “Single White Female,” and in 2005 "The Bumper of My S.U.V.” In 2010, Chely Wright released her eighth album, Lifted Off the Ground produced by Rodney Crowell, revealing a dramatic artistic transformation and emerging as a singer songwriter of the first order.

Chely made history by being the first country music star to publicly come out as gay, which she revealed in her 2010 memoir entitled “Like Me.” In 2016, Wright released her critically-acclaimed studio album entitled I Am The Rain, produced by Joe Henry. The end of 2018 saw the release of the holiday EP Santa Will Find You, which No Depression called the "warmest, most-family oriented" of recent holiday records. Chely will release a new Americana EP entitled Revival in May of 2019. 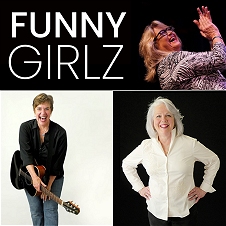 Comics Lisa Koch, Vickie Shaw, and Roxanna Ward, have performed separately and together all over the world, on Olivia cruises, and in every imaginable venue. Individually and together they are hilarious as they do stand-up, sing, play piano, and entertain. 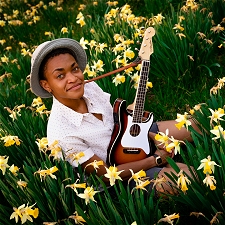 Sug Daniels is a singer, songwriter, and producer who is using the tools around her to capture the emotions of an era. Daniels’ work is as colorful, vulnerable, and charismatic as her personality. She thoughtfully combines elements of folk, R&B, and low-fi alternatives to create personal and tender music interlaced with messages of truth and positive change.

Notably, Sug released a four song self produced EP Franklin Street through Brooklyn women run music label Weird Sister Records in September, 2021. With her musical chops and a “sweet voice that sounds as pure and light as fine crystal’’, Sug is just getting started on what is sure to be some of the most innovative and creative music of the decade. 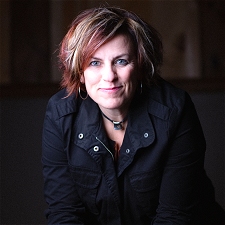 Award-winning Philadelphia native Christine Havrilla brings her “well-built, catchy, smart tunes” (Upstage Magazine) to audiences everywhere, touring solo and also with the support of her band, Gypsy Fuzz. Christine utilizes the soft gritty texture of her vocals to express warmth and honesty listeners quickly embrace as well as her aggressive, raw, trash-style guitar playing and looping. The Journal of Roots Music listed Christine in the article named “Through the Lens: Women Leading the Way in Roots Music”(November 2021) What’s Up Magazine exclaims, “Christine breaks out the gasoline and sets fire to the typical Roots/Folk genre with blazing guitars.”  Ed Kiggins of inD Round raves, “Christine is one of the hardest working women in music. With her child prodigy-come-of-age guitar virtuosity, a supremely passionate and emotive voice, and an arsenal of wonder-songs that have endeared her to a loving and devoted audience, she is in a class all of her own…we simply call her brilliant!” 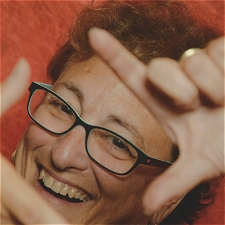 LGBTQ author, activist and sit-down comic Fay Jacobs brings her national tour (with new updated material) back home. Fay's motto is nothing is ever so horrible if it's worth the story you can tell. 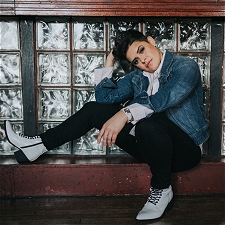 Regina Sayles is a dynamic singer/songwriter who blends her musical abilities and personality with a love for performance. Think Sheryl Crow and Sara Bareilles meet at a PRIDE parade! Her capacity to blend various genres such as pop, jazz, rock and country gives even the most diverse audience something to enjoy.

Regina spent the first 18 years of her life growing up in small town in Northwest, Ohio called Tiffin. Although Regina still considers herself a Buckeye for life, she is now based in East Stroudsburg, PA 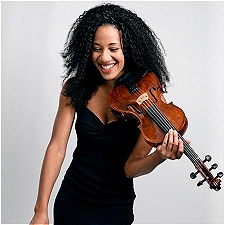 Jaquay (juh-kway) was first introduced to the violin at age 7, as a student in her elementary school’s strings program, and has continued training and performing since age 16. As a solo artist, Jaquay loves to perform classical crossover selections branching into genres such as pop, rock, and R&B. She has performed for several music/art festivals such a Fringe!, and Jingle Eve, as well as corporate conventions and fashion shows. 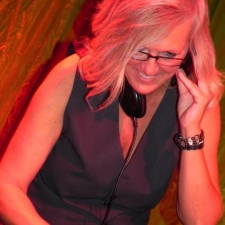 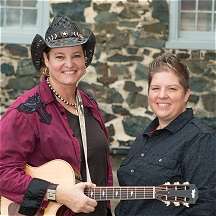 Mama's Black Sheep is the soulful collaboration of singer-songwriters Ashland Miller (guitar/vocals) and Laura Cerulli (drums/vocals). Together, this duo creates a blend of hit worthy originals and covers with a unique spin.  Each song allows you to travel with time, whether you're swinging to Country, Rocking to Pop, Grooving to Soul, or swaying to the Blues; there's always something to move your body and stir your soul!

Touring together since 2008, Miller & Cerulli (veterans of the singer-songwriter circuit), will make you feel like every aspect of their journey is in Real-Time. Creating a sound all of their  own, Mama's Black Sheep is driven by Miller's versatile guitar grooves, Cerulli's innovative percussion, and two voices that blend like honey & whiskey in perfect harmonious balance.  These ladies rock to their own beat, sharing songs of life and love, and empowering the listener to live boldly beyond the barriers. 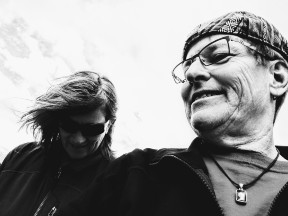 A Bettenroo show delights audiences everywhere they go. Whether it's popular decade defining tunes from various genres or their originals this talented duo's vocal strength and harmony combined with dynamic guitar and bass arrangements deliver an enjoyable and memorable experience for the listener. With a respectable following on the eastern seaboard and beyond, Anne & Lori call Rehoboth Beach home and look forward to playing for Women's Fest attendees. Catch their hour long concert this Saturday at noon at the Rehoboth Beach Convention Center during the Artists Expo! www.bettenroo.com or www.YouTube.com/Bettenroo