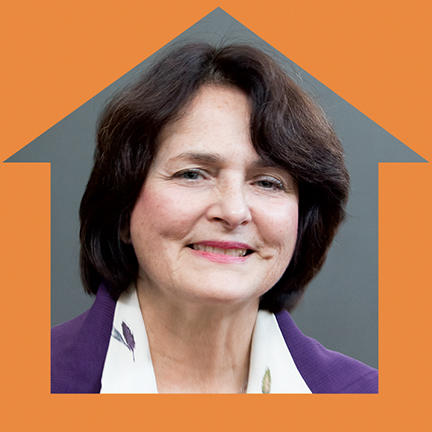 Liz Coit grew up in New England, one of six siblings—a sister and four brothers, one of whom is gay. She has been active in social justice since adolescence. In high school, she was instrumental in getting the dress code changed so girls could wear pants to school. At a Cape Cod summer camp, when Christmas in July was celebrated, Liz created Hanukah in July for the Jewish girls. She tutored an African American student from inner city Boston who was attending her nearly all white suburban junior high school. She understood her white privilege but also experienced gender inequality. Liz’s father died when she was eight, and she and her siblings witnessed how other women in the neighborhood shunned her mother for fear she would try to steal their husbands.

Her high school year book photo caption states, “Cynical yet friendly, Liz wants to change the world.” During college and right up to the present, she has been trying to do just that. Liz was with the Peace Corps in the Caribbean, attached to the University of the West Indies to update high school curricula from the colonial era. During that time, she also taught a Girl Scout troop how to swim. Liz said “It wasn’t all a picnic though, with racial and gender tensions churning below the surface, yet how could I complain about an assignment on an island with 365 beaches?” After graduate school, she worked on health, economic and social justice programs in Africa, India, Central America, and the Caribbean. Liz got an early jump on becoming a fundraiser because her first boss introduced her with this: “Liz will be with us for only two years unless she can raise money to support the projects she creates.” By securing numerous grants and individual donations, she stayed for 10 years!

Later, Liz changed careers to professional fundraising and has been at it ever since. She has raised funds for the Ms. Foundation and women’s empowerment, and celebrated Gloria Steinem’s 65th birthday with a big fundraiser. Eventually, Liz moved over to raising support for wilderness protection. Flying over Denali in Alaska; hiking through Chaco Canyon in New Mexico; dogsledding in Ely, Minnesota; camping in Glacier National Park—these and many more breathtaking moments inspired her to raise as much as she could for our national natural treasures.

Liz knew she was gay in high school. She says, “You just know sometimes, right?” Liz once snuck out to a Daughters of Bilitis meeting; for her it was both enlightening and frightening all at once! In college, she came out, and back then, in the 70s, the low-key Student Homophile League on campus eventually morphed into the openly proud Gay Liberation Front. She did a few “Zaps” for the organization, which entailed visiting college campuses as an out gay person and telling one’s own story to a curious audience. At an upstate NY college, a girl with whom she went to camp apparently came to hear the Zap, not knowing who the speaker was. They had not been in touch for years, but she came to Liz afterward crying and scared. Liz spent the entire evening listening and telling her it was all right that she was in love with her best girl friend. For Liz, she feels that perhaps this one, singular event in her life was the most important action she took to change the world.

In 2016, while lounging on the beach, I met Leslie Sinclair, CAMP Board member, CROP leader, and Chair of the Grants Committee. Her gentle persuasion led me to join the CAMP Rehoboth Grants Committee. I have loved working with Leslie, Rebecca, Marj and Ron over these past two years.

The Grants Committee has been very active raising funds for repairs and renovations of CAMP Rehoboth’s buildings, as well as for its programs. I have also helped coordinate the writers coming into town for Women’s FEST. They always enrich the event with their presence and literary imagination.

I do love Women’s FEST and appreciate how it has grown and continues to offer so many great activities. I have to make a plug for all the sponsors too, for their continued support of this high-profile event, which serves not just the CAMP Rehoboth community, but also the many women who come from out of town for this fun and fulfilling experience. The annual Broadwalk on the Boardwalk contributes not just money but also solace and great company for those living with cancer and those who mourn the loss of loved ones.

What is your best memory volunteering here?

When Leslie sends out news of grant approvals! I love hearing about our financial successes. It has also been quite rewarding for the Grants Committee to meet with all the groups doing such terrific work under the CAMP umbrella. Together we are working to realize our values and purpose. There are great synergies across all of CAMP’s activities.

Autumn. I love watching Rehoboth Beach slow down, grow quiet, and the beaches once again taken over by happy hounds chasing waves.

Del Martin and Phyllis Lyon, founders of Daughters of Bilitis, the first major group organized for lesbians, and the Ladder, one of the first lesbian journals. I met them in San Francisco and remain grateful for their pioneering work. I also give thanks and praise for our very own Steve Elkins, Murray Archibald, Fay Jacobs and so many others who have made CAMP Rehoboth what it is today. CAMP Rehoboth is a shining beacon for the entire community.

Yes, I think this is a real possibility, and we cannot afford to be naïve or complacent. Undercutting our rights will take the form of subtly imposed social, cultural, and economic constraints; we need to stay vigilant.

Winter solstice. I think I am part Druid, and am happy to celebrate the shortest day of the year and the days starting to get longer. This summer’s Solar Eclipse was a highlight, and blue moons are also pretty special.

Since I met my partner Caroline in 1997. We met at President Clinton’s second Inaugural Ball (she wore a gold sequined dress, I wore a black and white sequined jacket and pants) and have been together ever since. She co-owns a house here, and I fell in love with her and Rehoboth Beach—in that order. We have enjoyed coming to Rehoboth in all seasons. She volunteers for CROP, by the way.

Honestly, the growth out on Route 1. I love downtown Rehoboth Beach and want to see it continue to flourish, which is why I love the events that CAMP Rehoboth plans in town— Women’s FEST and the Block Party, and soon Sundance will come back too.

Liz, we are grateful for your support, the time you spend as a part of the Grants Committee, and your help during Women’s FEST. Volunteers like you that take the time to work on committees, and help raise funds for the betterment of CAMP Rehoboth are the reason CAMP Rehoboth continues to get better every year.